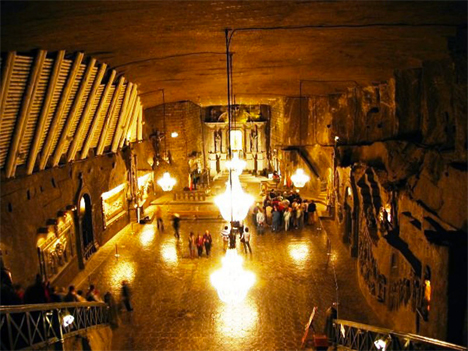 Poland’s Wieliczka Salt Mine was built in the 13th century and produced table salt continuously until 2007, when mining was discontinued due to flooding. It’s one of the world’s oldest and longest-operating salt mines and features an underground lake. Known as the ‘Underground Salt Cathedral of Poland,’ the complex reaches 1,073 feet into the ground and features historic statues, mythical figures and intricate ‘crystal’ chandeliers carved out of rock salt. During World War II, it was occupied by German soldiers, and it’s still home to a private rehabilitation and wellness complex. But the vast majority of this incredible space has been closed off, with only 2% open to the public for a 2.2-mile touring route. 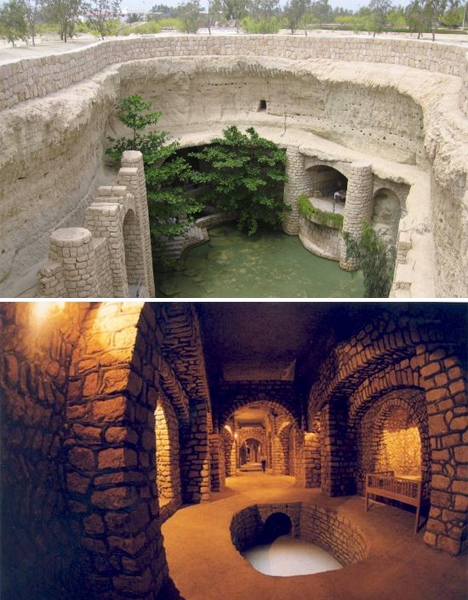 The island of Kish is best known as a luxurious partying destination akin to South Beach, filled with palm trees, swimming pools, shopping malls and modern condominiums. There’s no historic architecture to speak of, or anything else that would give you any clue as to what’s hidden under the streets and manicured lawns. Underground Kish, known as Kariz-e-Kish or Kish Qanat, is a hydraulic system dating back 2,500 years. Water flows down from the mountains and is naturally filtered by the island’s coral foundation before being carried to the dry valleys. The complex of coral tunnels near the wells takes up more than five miles of space and has recently been reinforced with stone and mortar to open it up for tours. 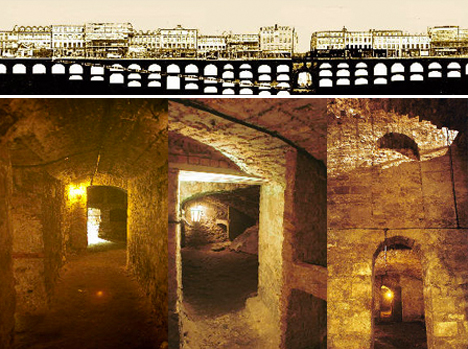 The city of Edinburgh, Scotland is built upon seven major hills, but you wouldn’t know it today – they’re masked by five bridges that span the valleys, creating a network of underground spaces and creating a man-made barrier that fortified the city. While this protected the city’s inhabitants, it also forced them to live in cramped and claustrophobic conditions, building up to 14 stories high rather than out into the surrounding countryside.

One of the bridges, the South Bridge, consists of 19 stone arches and spans a chasm just over 1,000 feet long. When it was completed in 1788, the eldest resident, a well-known and respected judge’s wife, was given the honor of being the first to cross it. Unfortunately, she died three days before the grand opening – so in a quest to honor their commitment, city officials carried her across it in her coffin. The superstitious residents of Edinburgh took this as an omen, deciding the bridge was cursed.

The city was built up higher and higher until 18 of the original 19 arches were buried, becoming home to the poorest of the poor as well as anyone looking to work in illegal trades of any sort. After a while, however, a lack of light, heat, ventilation and sanitation made these spaces uninhabitable, and they were abandoned and forgotten. Finally, in 1985, an excavation revealed them to the modern world, and like many such spaces, they’re now open for tours.