Enormous monolithic structures weighing as much as 25 tons are tilted, rotated and wiggled across a room by a single person in a new experiment by researchers at MIT, giving us a look into how the process might have been carried out by ancient peoples. “Walking Assembly” uses concrete masonry units (CMUs) to demonstrate how ancient knowledge could still be used to this day “to better inform the transportation and assembly of future architectures,” the creators explain. 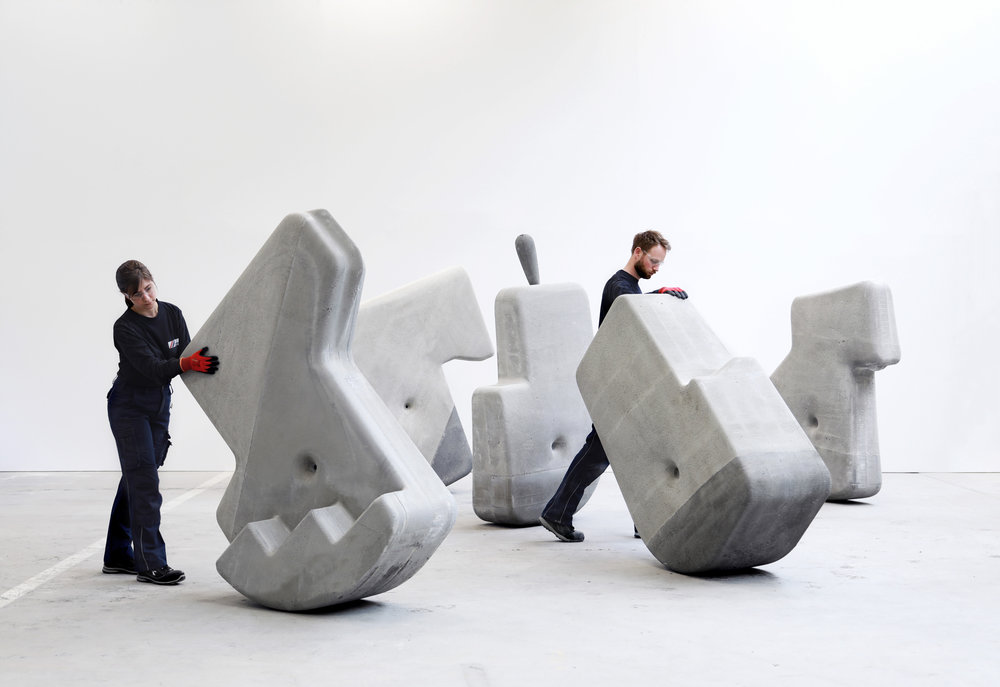 Brandon Clifford, an assistant professor at MIT, directed the project along with Johanna Lobdell, Wes McGee and other members of Matter Design, a design practice and research lab. The trick to easily moving these massive CMUs and slotting them together so tightly is in their shape and where their center of gravity is placed. Made of concrete of varying densities, the units feature bevels, interlocking contours, pivot points and handles that give handlers a variety of ways to maneuver them.

In the video, you can see exactly how this works. The first few seconds show the handlers rolling the units, rotating them and then rolling them again; occasionally they add or remove a handle to change the center of gravity. The units lock into place with ease. 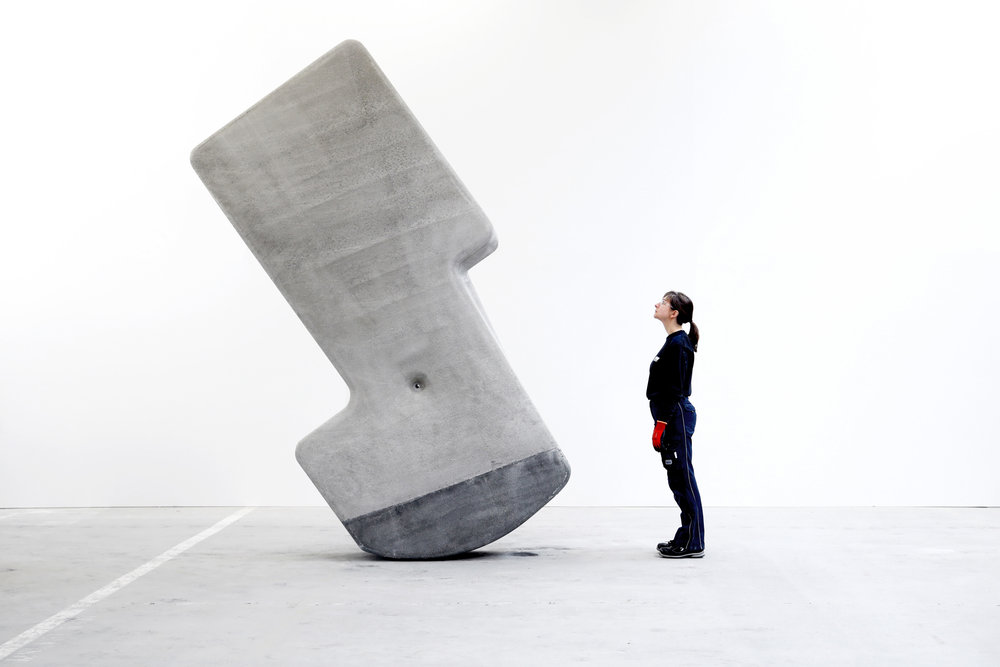 “If a brick is designed for a single hand, and a concrete masonry unit (CMU) is designed for two, these massive masonry units (MMU) unshackle the dependency between size and the human body. Intelligence of transportation and assembly is designed into the elements themselves, liberating humans to guide these colossal concrete elements into place. Structures that would otherwise rely on cranes or heavy equipment can now be intelligently assembled and disassembled with little energy.”

Of course, the components of massive ancient structures like Stonehenge and the Easter Island statues weren’t precision-engineered using 3D printing, and they were also moved over uneven terrain. So while “Walking Assembly” doesn’t exactly answer all of our questions about exactly how people moved colossal stones, it does give us some interesting ideas about how we could make the process of construction a lot safer, faster, less messy and more environmentally friendly.