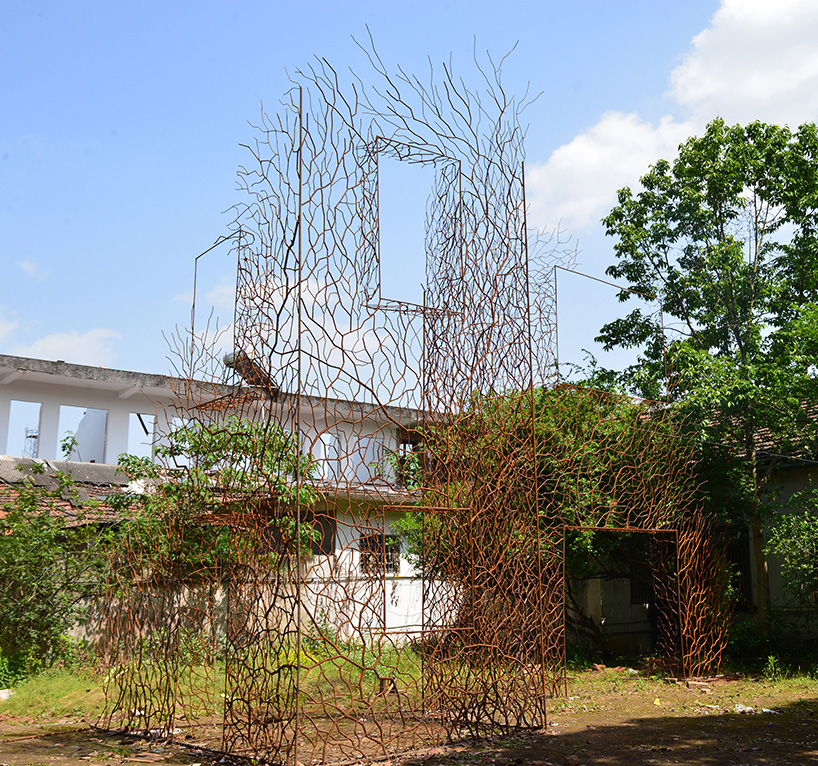 What if, after the demolition of a neglected building, all that was left behind was the leafy exoskeleton of ivy that once grew up its outer walls? As shanty towns all along the Yuan River in the Hunan province of China are dismantled, a piece of them remains behind, paying tribute to their historical value in this setting. V Studio presents ‘Home for Boston Ivy,’ a recreation of these building-shaped ivy structures in metal, which will serve as a trellis for real ivy in the future. These welded shapes will be placed within the new, modernized version of the city so future inhabitants can get a sense of its past. 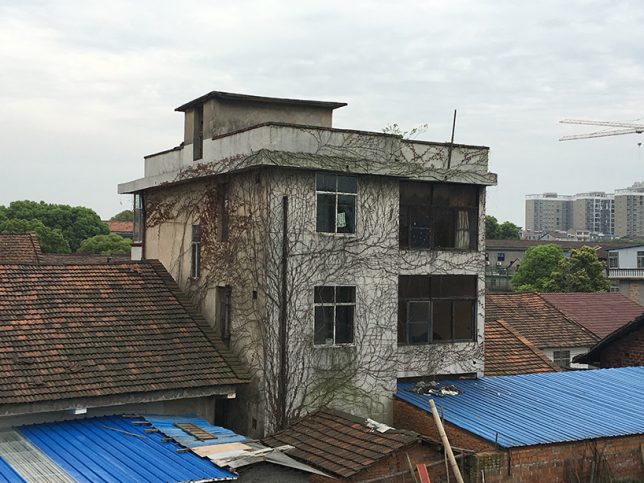 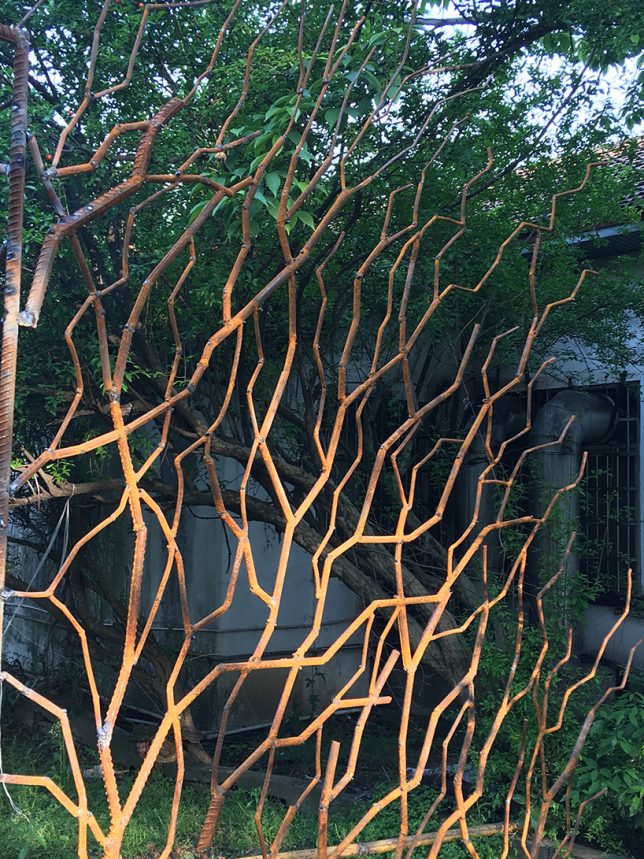 “Houses being covered with Boston ivy can be seen everywhere in shanty towns,” they explain. “While presenting a picture of harmonious coexistence between human and nature, it is also the memory of a home for residents of shanty towns. When the ivy attaches to the building and grows, it forms the turns and enclosures of the space. V Studio’s artwork has pulled away the building which the plant has attached to, and left only the Boston ivy with twisted roots and gnarled branches in the shape of the building.” 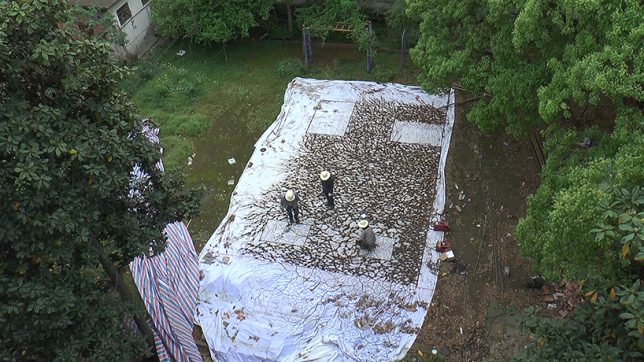 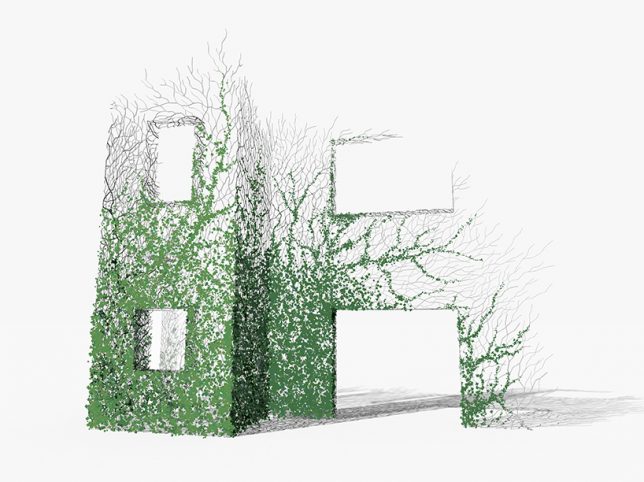 V Studio previously completed a series of sculptures relating to the same theme, all using materials from the same site in the Hunan Changde Yuanshui right bank shantytowns. ‘Sealing’ preserved building debris in a collection of cubes that function as urban seating; information about each home that was demolished is imprinted on the cement that contains the debris. 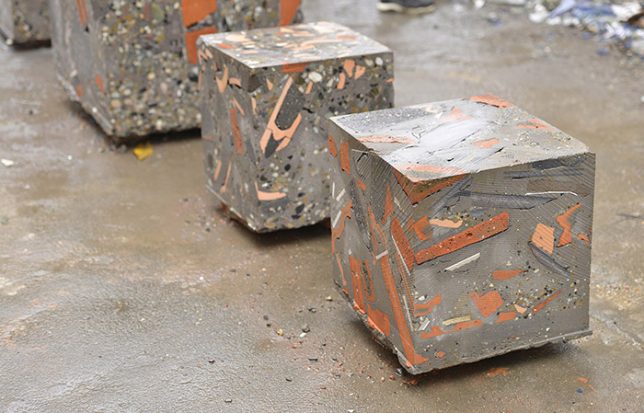 “At present, the shantytowns are being demolished,” they say (translated from Chinese.) “In the near future, a modernized metropolis will completely cover the area and all that is available here will cease to exist. How to preserve the emory of the old city and inject the memory of the origin into the new town in the process of demolishing the old building and building a new one is the basic starting point for the creation of the series of works.”