Tea time waits for no one and the former Tea Rooms on London’s Museum Street is no exception, its Art Deco facade gracefully decaying as the years go by. 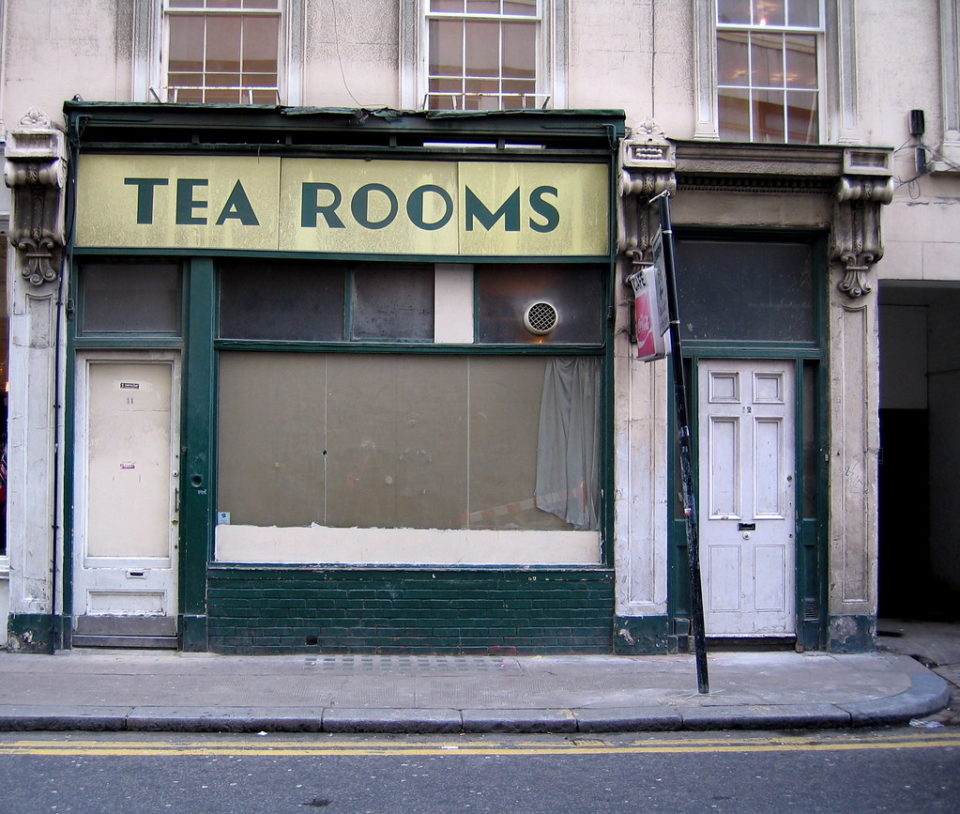 Located at 11 Museum Street in Bloomsbury, central London, the Tea Rooms was a cozy little cafe owned and operated by Eugenio and Rene (“Rina”) Corsini. The couple opened their doors in 1960 and proceeded to serve untold numbers of fresh cuppas over a 44-year span. When her husband passed away in 2000, Rene carried on: she said that catering to her beloved regular customers helped her in her bereavement. By 2004, however, rents in the trendy West End were rising and Rene decided to call it a day. The two photos above, snapped by Flickr member Nicholas Noyes in April of 2003 and January of 2005 respectively, bracket the last days of the Tea Rooms’ cozy, formica-lined existence. 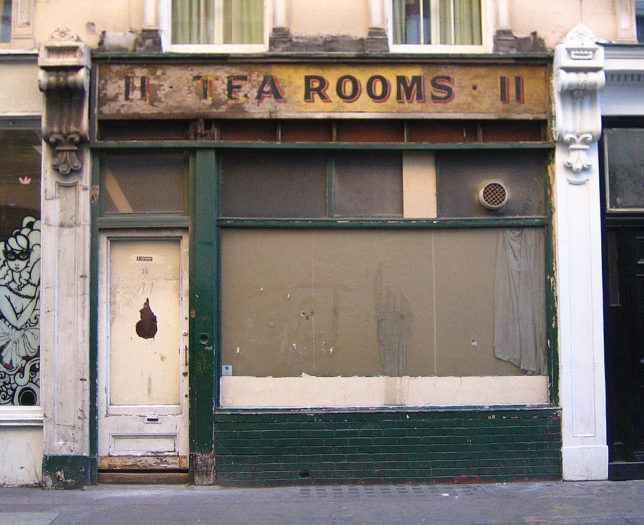 After it closed, the Tea Rooms embarked on a surreal sort of afterlife unintentionally documented by an unaffiliated succession of Flickr members month after month, year after year. The surreality comes into play as the former cafe’s facade inexorably evolves – or should we say, “devolves”. Perhaps the most obvious milestone in the shop’s decline occurred later in 2005 when, as shown above in Flickr member Esther Simpson‘s image from October, the three-piece plastic Art Deco-lettered sign either fell down or was manually removed revealing the original hand-painted ghost sign that had been hidden underneath. 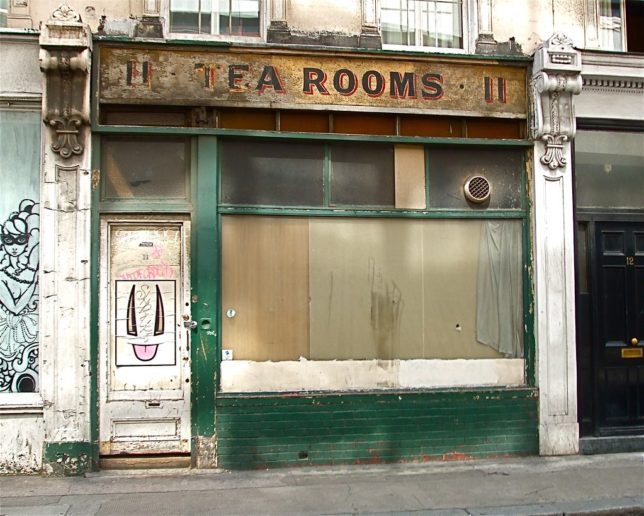 By the time Flickr member T & L snapped the above shot in mid-2008, this section of Museum Street was looking grim indeed… and we’re not only referring to the demonic face an anonymous street artist applied to the Tea Rooms’ front door. Rather, the issue of increasing rents alluded to by Rene Corsini in director Paul Kelly’s 2004 short film would appear to have caused the “Joie” clothing store next-door to close shop as well.