Throwing In the Tea Towel 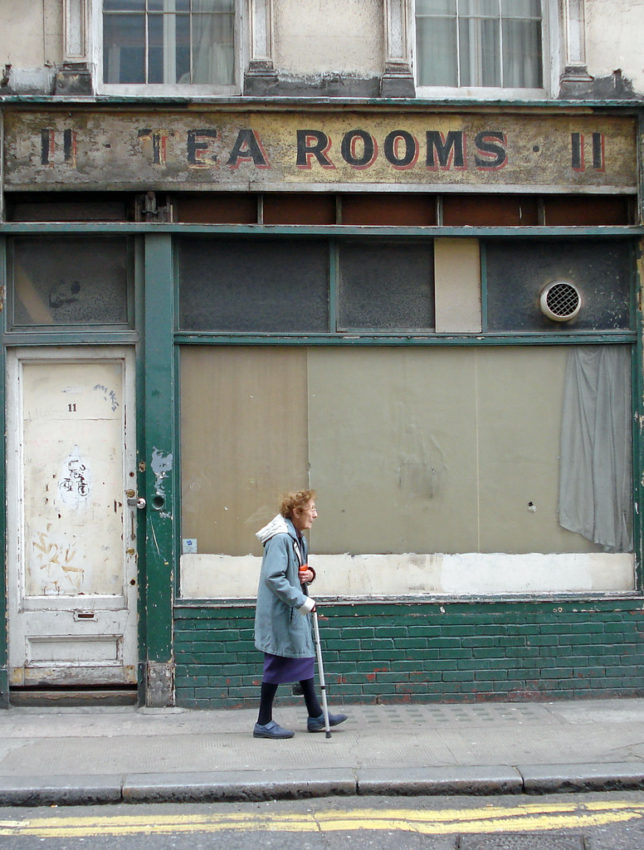 Life goes on… if not for the Tea Rooms, then at least for its former clientele, one of whom may be seen gingerly proceeding along Museum Street past the former cafe. If Flickr member diamond geezer‘s photo imparts a metaphysical chill, chalk it up to the general atmosphere of decay along with the weather: a typically overcast English afternoon in early May of 2009. 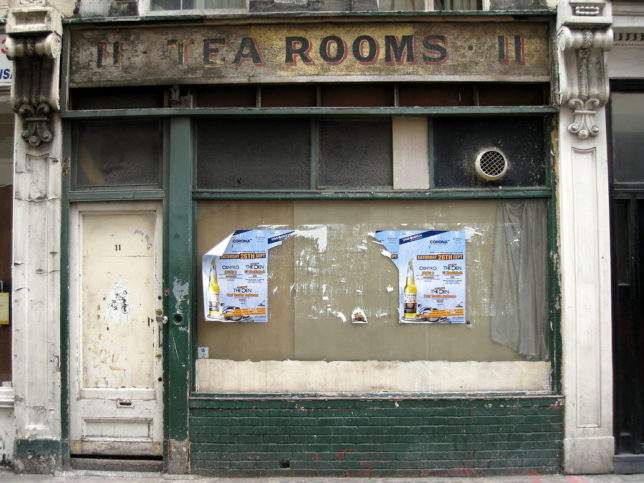 Prime advertising space comes at a premium in London’s West End but the Tea Rooms’ blank facade offered “priceless” eye-level ad space. We’ll never know if the likes of Jazzie B, CJ Mackintosh and Paul Trouble Anderson saw bigger audiences back in the fall of 2009 but it wasn’t for lack of trying. Flickr member steve_w noted the addition of a “To Let” (Brit-speak for “for sale or rent”) sign in addition to the presented-by-Corona concert ads. 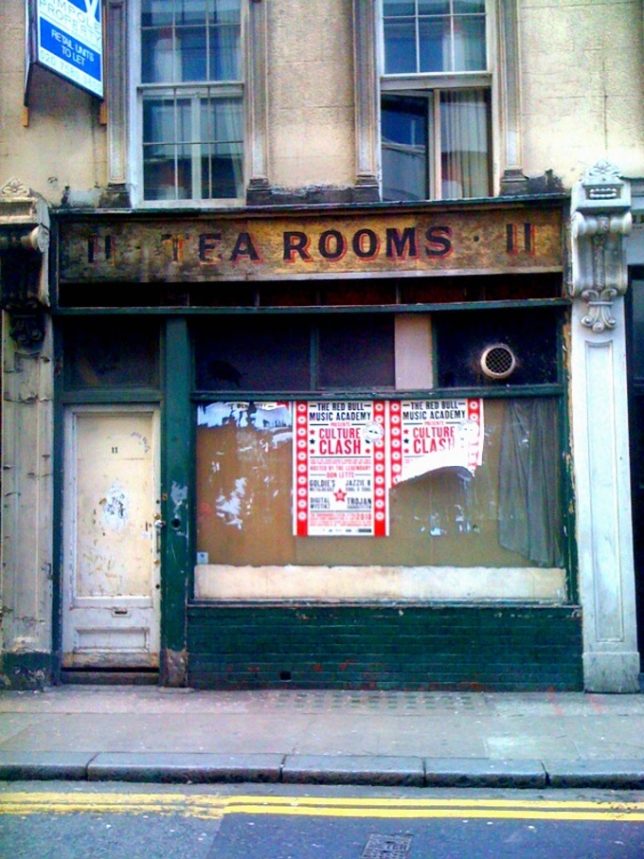 “Culture Clash” indeed… although one might say London’s genteel & gentle post-war social ethos succumbed with a whimper, not a bang. In any case, by the time Flickr member russell davies captured the Tea Rooms in early 2010 it could be said the moldy edifice in its entirety was just begging for the wrecking ball to end its misery. 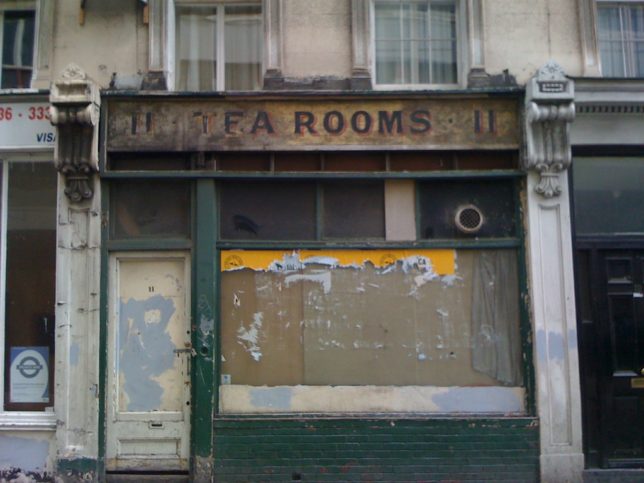 Abandonment isn’t always a life sentence and, to the possible disappointment of legions of photographers, a retail shop’s afterlife can occasionally revive through reincarnation. Such was the case with the Museum Street Tea Rooms, at least temporarily. Flickr members Stuart and Jen Robertson may have caught the venerable ex-cafe near its nadir in August of 2010 because, according to Flickr member StockCarPete, the former “shop opened as a office in 2011 but was shut again by early 2013.” Guess this re-purposement just wasn’t meant to be leaf.