In Case of Emergency… 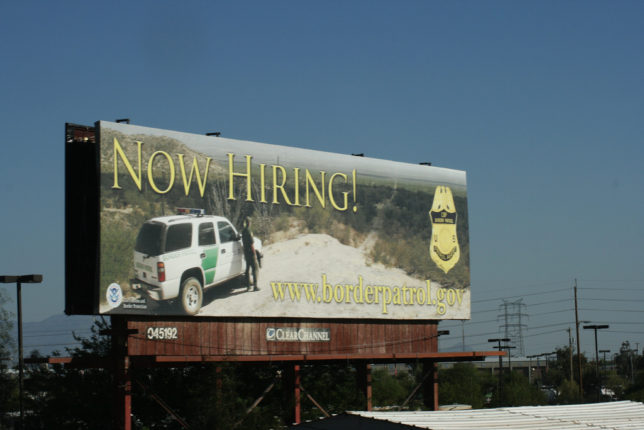 The U.S. Border Patrol is looking for a few good men (or women) to man (or woman) the southern border. Is it a good thing that “border patrolling” is a growth industry these days? Will all the new hires get a “You’re fired!” when (or if) President Trump finally succeeds in making The Wall happen? This inspiring (and paid for in advance) hiring billboard is located in Arizona and comes to us courtesy of Flickr member Quinn Dombrowski. 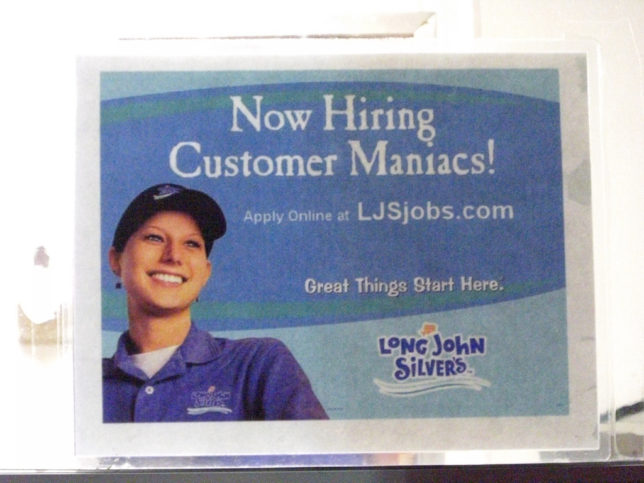 Customer Service is a tough industry and when the going gets tough, the tough get… maniacal? At a fast-food fish restaurant, no less? Better to batter than BE battered, we suppose. Credit Long John Silver’s for alluding to a long history of marine maniacs including Captain Ahab, Cap’n Crunch, and Captain Queeg. Oh, and credit Flickr member Aaron Gustafson for capturing this job ad in Cranberry (not Strawberry), PA. 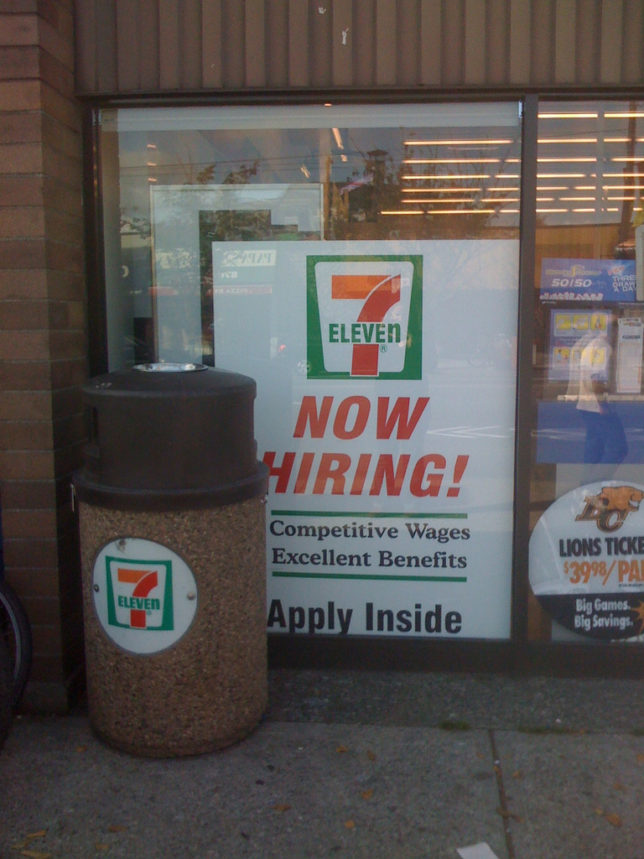 Looks like Oscar the Grouch has finally moved on from Sesame Street to bigger and better things: managing a 7-11 store. Pull up another trashcan, he’s meeting with a rat but he’ll be right with you. Flickr member Ashley Fisher snapped the somewhat sanitary (this is Canada after all) scene in September of 2008. 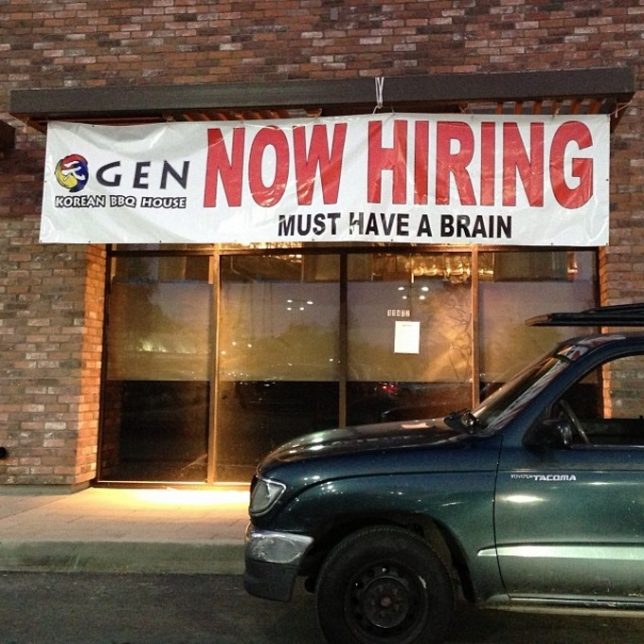 Sure the labor market’s been tight of late but wow… setting the bar a little low, aren’t we? Careful what you wish for – sooner or later, a job applicant will arrive for an interview carrying a pickled cerebrum in a jar. Let’s just hope it isn’t labeled “Abby Normal”. Flickr member catherinegelera couldn’t resist this job hiring banner outside a Korean BBQ restaurant in lovely pre-post-apocalyptic Cerritos, CA. 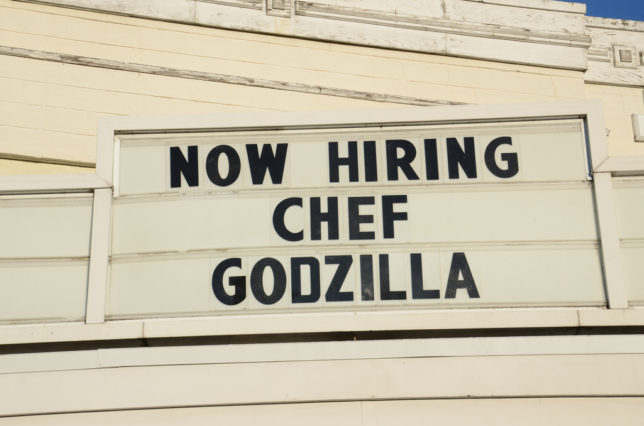 Good on this unnamed East Hampton, NY dining establishment for hiring a minority (humongous prehistoric sea monsters had BETTER be a minority) but how will he flip burgers with those tiny little arms? Grilling ’em, however, is no problemo. Customers are encouraged to compliment the chef; just don’t let him see you pouring ketchup on your steak… that means you, Mr. President. Flickr member Joe Shlabotnik risked life and limb to snap the signboard in May of 2014.