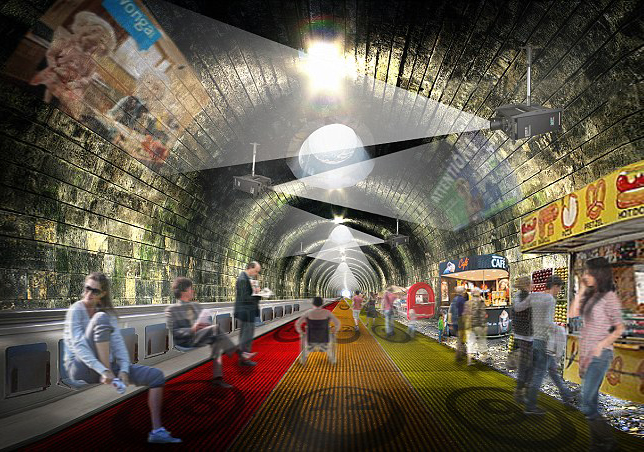 A proposal by an international architecture firm would reduce travel time in the London Underground, not with faster rail cars but by using people movers of the kind generally found in airports. Closing the loop on questions of congestion, this strategy would stop trains in their tracks. 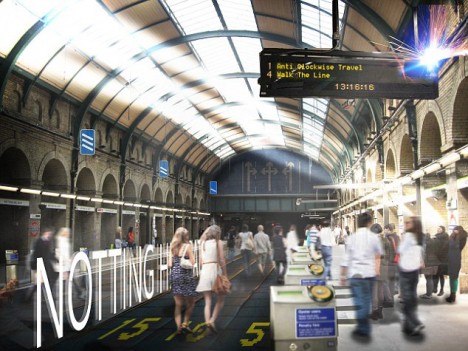 Aimed at the congested Circle Line looping through the heart of the city, the design from NBBJ Architects incorporates three parallel walkways moving at different speeds (up to a maximum of 15 miles per hour). That may sound slow until you consider that the top speed of the trains currently running these sections of Tube is around 20 MPH due to congestion. 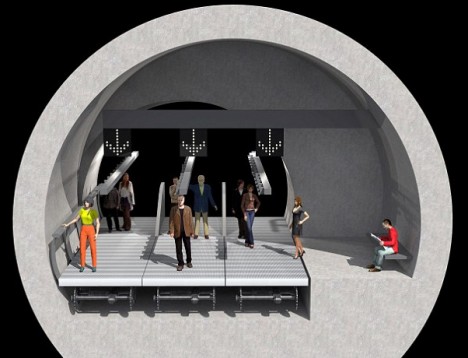 Commuters and travelers would step from the slowest-moving walkway across to increasingly faster lanes, using the replacement paths to connect to work or other (generally faster) lines of the Underground. People walking down the fast lane could actually end up moving more quickly than a train. Others could potentially sit down along one side on fold-down seats (as with an escalator railing, these would speed along at the same pace as the track below). 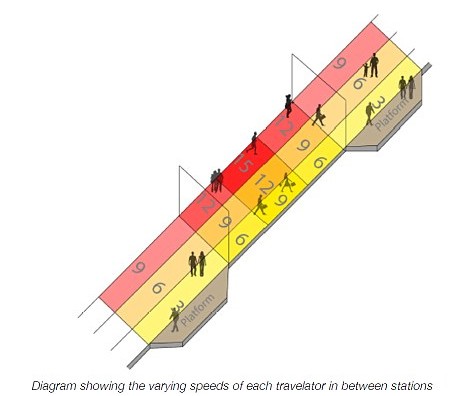 While the odds of implementation are slim, the data is compelling – the system could accommodate more passengers than the current trains and would eliminate the frustration of waiting in queues. The Circle Line in particular is infamous for delays, with an average of 10 reported per day. 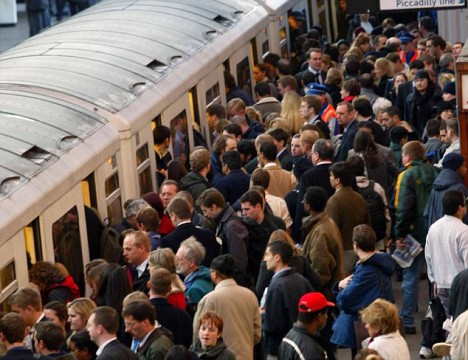 Christian Coop of NBBJ cites a challenge from think tank New London Architecture for the inspiration to create these strange proposal. If nothing else, it might be something to consider for the vast expanses of derelict underground rail space running through the city.