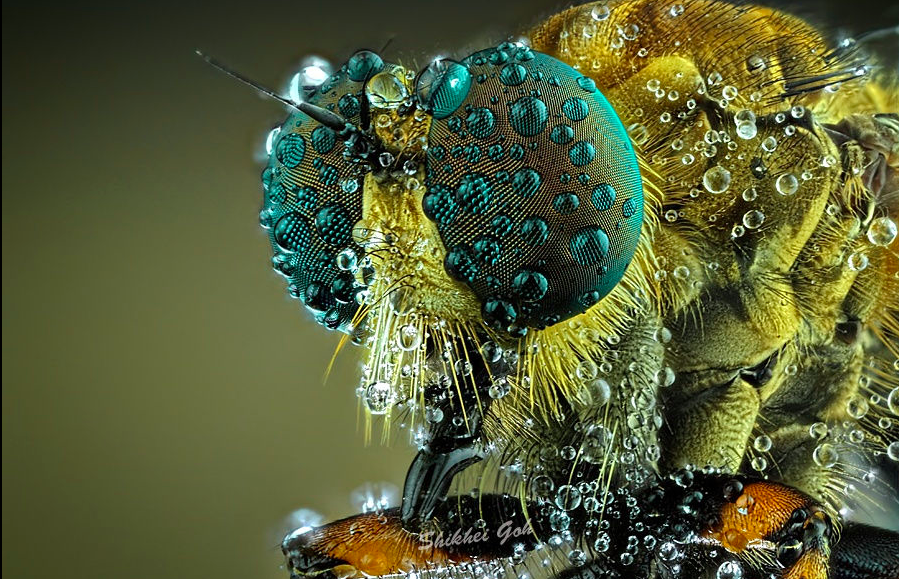 Few of us would ever get a glimpse of the tiniest rope-like iridescent quills on a peacock’s feather, the scales on a moth’s wing, dew droplets on a spider’s eyes or the planetary patterns on a bubble of soap if not for the macro photographers who carefully document details too small for the naked eye to see. It’s almost as if we’ve shrunk small enough to stare an arachnid in the face, or put ourselves in danger of being trapped by a carnivorous plant. 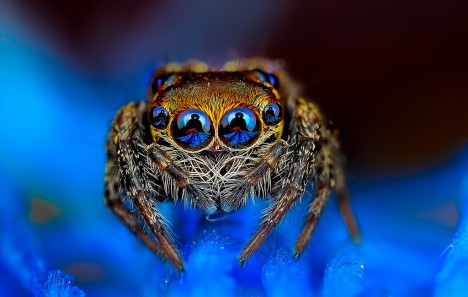 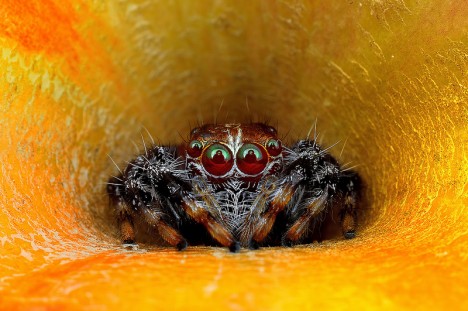 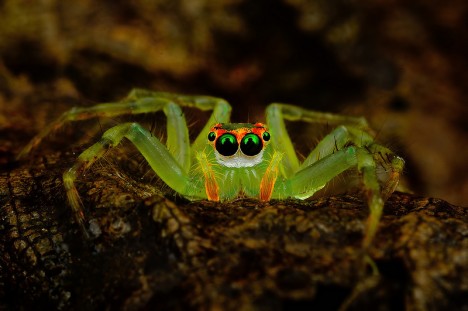 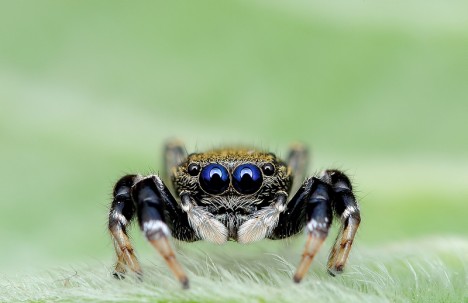 Six to eight spider eyes stare back at you, reflecting the image of a camera lens, the human holding it, and sometimes a light. Photographer Jimmy Kong captures images of all sorts of creatures, but his spiders seem to have so much personality, watching curiously as he gets close enough to spot the tiny hairs on their legs. 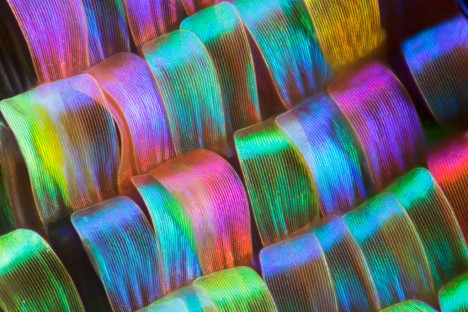 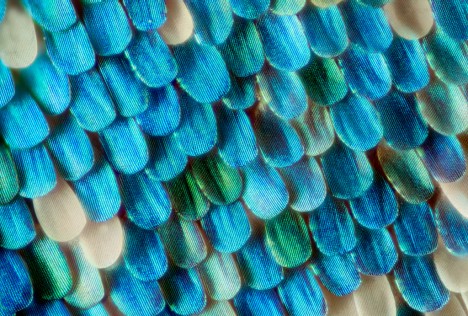 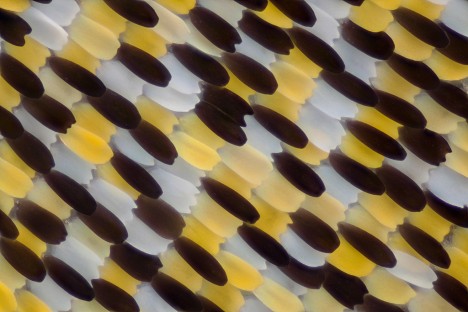 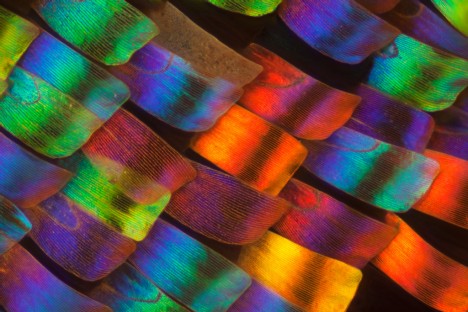 Tiny overlapping scales reminiscent of flower petals reveal the smallest details of their shapes and vivid colors in a series of macro butterfly and moth wings by Linden Gledhill, a biochemist by training. 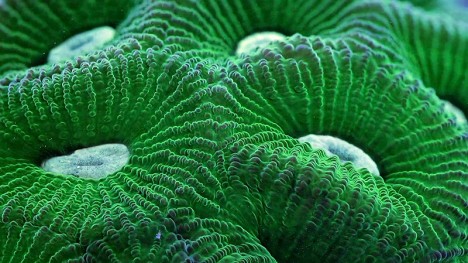 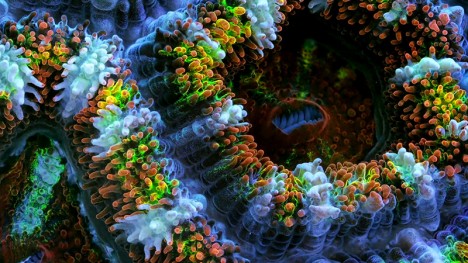 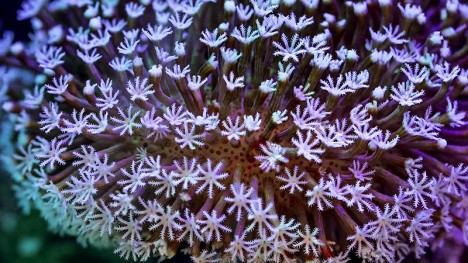 150,000 shots went into this video documenting the secret lives of ‘slow’ marine animals like coral and sponges, their movements being too small to be seen without a time lapse. Says Bioquest Studios, “Why so many? Because macro photography involves shallow depth of field. To extend it, we used focus tacking and deconvolution algorithms. Each frame of the video is actually a stack that consists of 3-12 shots. just the intro and last scene are regular real-time footage.” 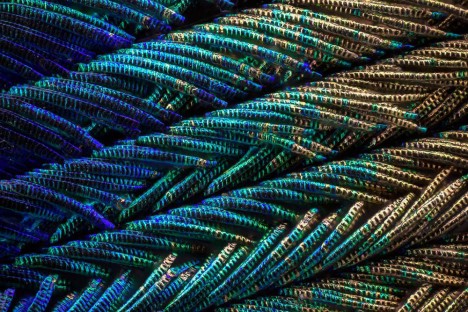 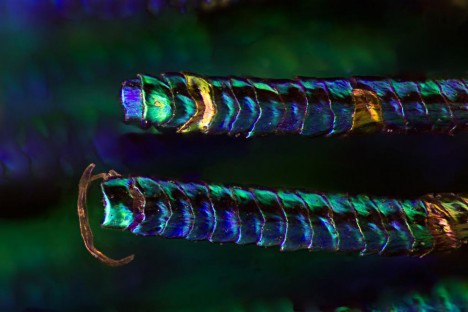 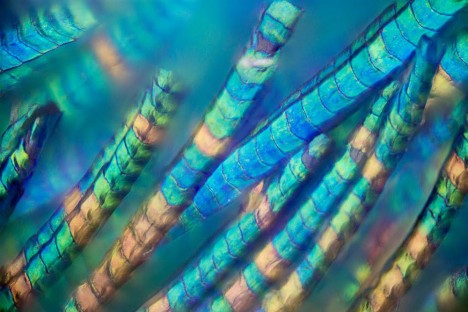 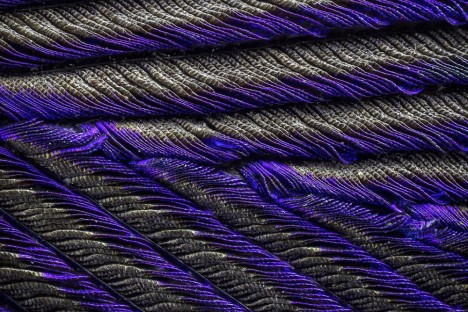 Go closer and closer and closer to a peacock feather, and the level of detail and color variation only gets more intense, with the smallest parts revealing themselves to be tiny ropes. Photographer Waldo Nell used an Olympus BX 53 microscope to take hundreds of individual shots, combining them to get the images seen here to get the depth of field that is typically lost in this kind of photography. 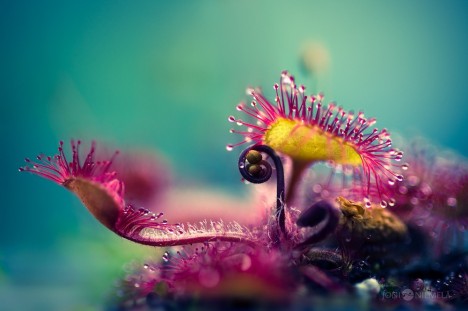 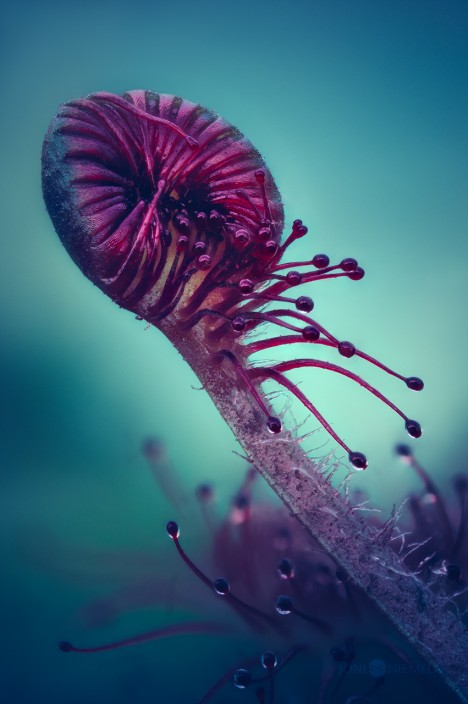 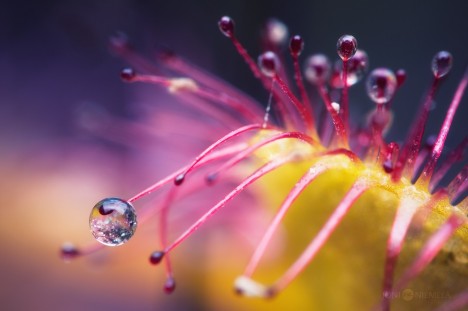 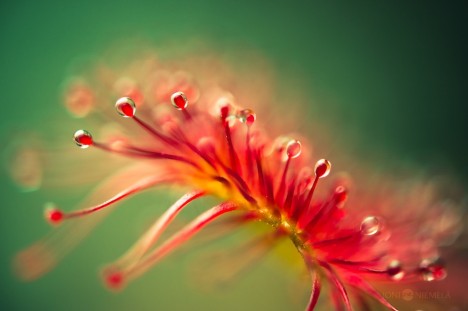 The sticky insect-baiting appendages of carnivorous plants get a good inspection in all their alien beauty in this series by Joni Niemelä. Each photo offers a different view of the Drosera plant, commonly known as the ‘sundew.’