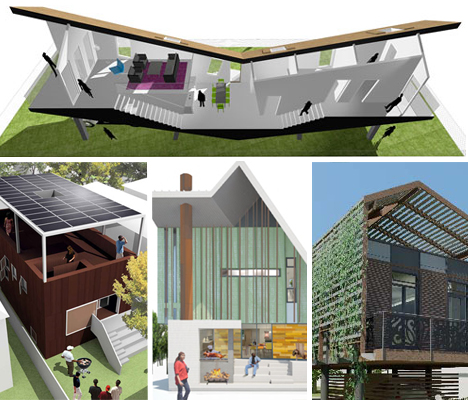 After Hurricane Katrina, New Orleans’ Lower 9th Ward will never be the same again – and Brad Pitt is determined to make that a good thing. The actor’s Make it Right Foundation is in the process of building 150 affordable, green, storm-resistant homes designed by 21 star architects including Pugh & Scarpa, Adjaye Architects, MVRDV and Kieran Timberlake.

This charitable foundation is dedicated to creating a better, stronger community in the Lower 9th Ward, which was devastated by the 2005 hurricane. Participating architects were asked to create homes that are not only able to stand up to future storms, but are also non-toxic, earth-friendly, aesthetically advanced and in keeping with traditional New Orleans typologies, like the “shotgun” single-family home. 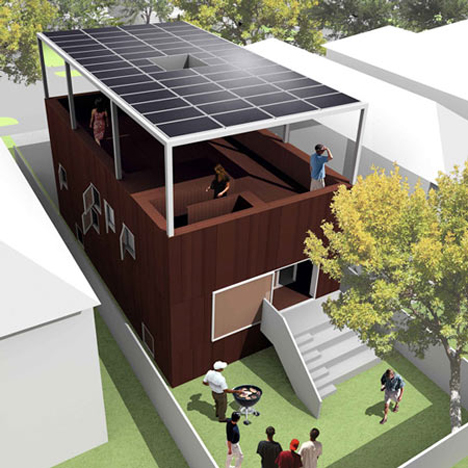 Adjaye Architects designed this single-family home to include an inverted pitched roof canopy that serves as both a solar and water collector and creates a shaded rooftop terrace. The reinforced structure has casement windows with hurricane impact glass, silkscreened cement board exterior panels and red cedar decking. 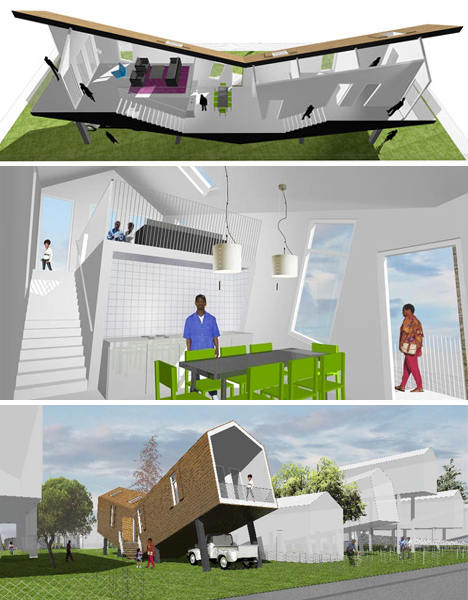 The MVRDV ‘bent house’ concept is an adapted shotgun house. The architects explain, “Bending the shot gun house up in two directions creates a carport at front and a shadow garden at the rear. The centre of the house contains the kitchen & bath- it is the lowest level. Stairs lead to a living room on the one side, and bedrooms on the other. The bedrooms and living room are above floodwater level. This means that escape would be possible to both the front porch and the rear porch.” 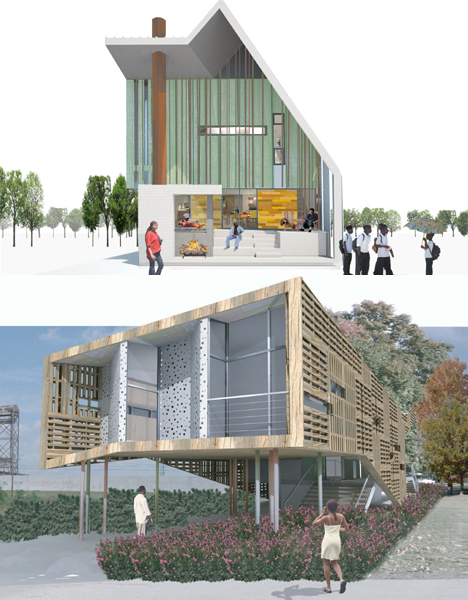 Architects Pugh & Scarpa have envisioned both single family homes and duplexes that emphasize shared community space, inspired by American patchwork quilting traditions with abstract geometric styles. In the single-family home, recycled wooden shipping pallets envelope the building to provide shade and texture. The duplex is characterized by an oversized front porch with a cooking pit that acts as a neighborhood hearth, encouraging interaction and community. 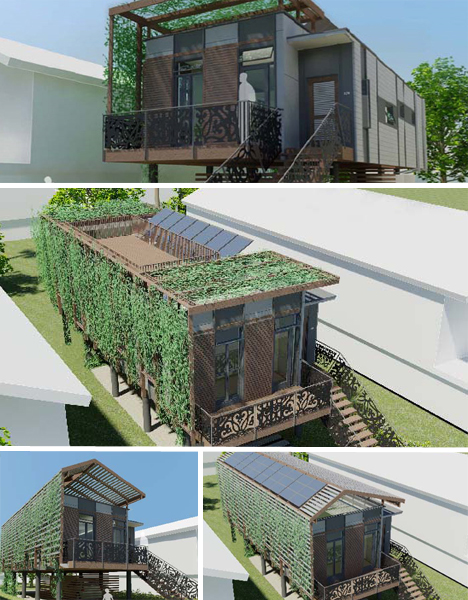 Kieran Timberlake’s design strives toward a mass customizable prototype that will eventually be prefabs assembled off-site locally with a range of options for interior layout, aesthetics and environmental systems. Both the ‘Garden’ prototype, which has a roof deck, sunscreens and mesh trellis, and the ‘Gable’ prototype with its covered rooftop area can be made from the same chassis.