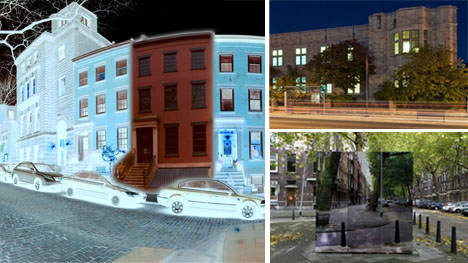 When is a building not a building? When it is only a facade, (aka a) dummy! You might have passed right by train tunnels, communications towers or even entirely empty buildings and never realized you were being duped – until now. 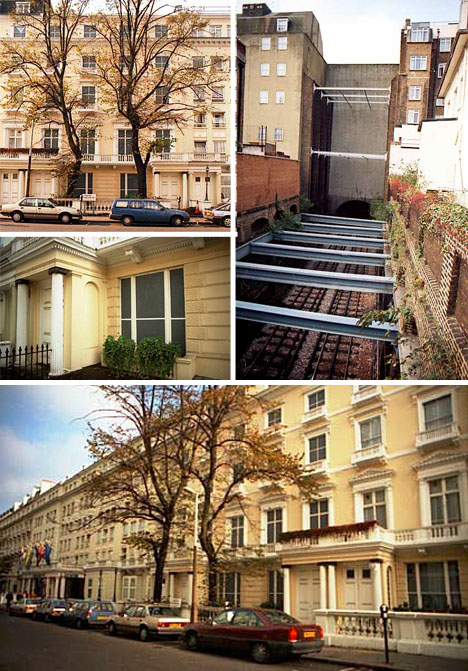 Consider units 23 & 24, Leinster Gardens in Paddington, London. When underground rail was routed through the neighborhood in the 1860s, the residences at those addresses were razed … and replaced with a very convincing facade. Behind it: an empty void for the old engines to vent along their route, and metal bracing to help hold up adjacent structures. Hoaxes played on this place include everything from the pizza-delivery redirect to a prankster selling tickets to a charity ball at the address. Bonus: near London, there is an entire fake town used by the police for militarized simulations of everything from bank robberies and terror threats to hostage situations. 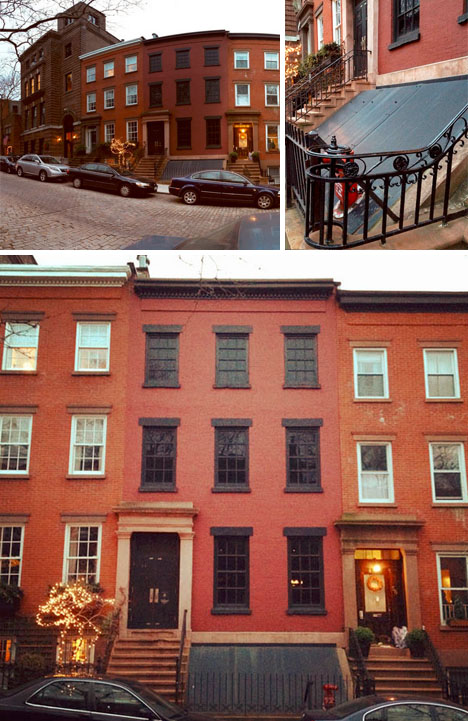 One more urban ventilator before we move on: 58 Joralemon Street in Brooklyn, New York follows a similar pattern to its British brethren – blacked-out windows are the only up-close giveaway to an otherwise-complete illusion of occupation, while the railway runs below. This faux building has had multiple subway-related purposes beyond ventilation, though, including electrical conversion and emergency egress. It is also not the only example of unique urban camouflage in and around the Big Apple. 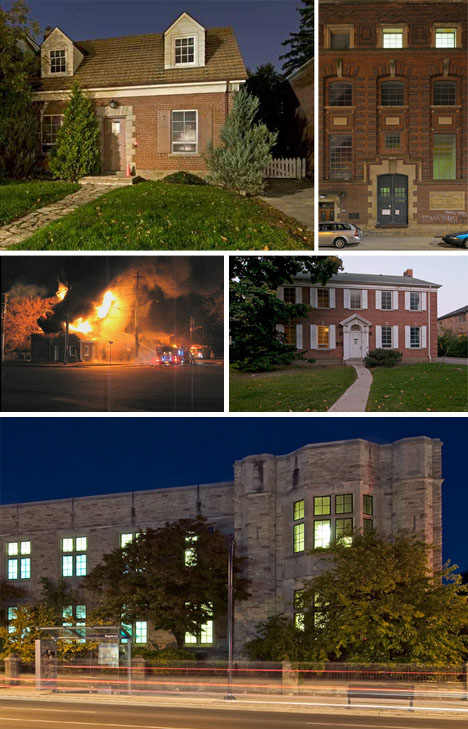 Toronto has a century-long history of hiding its urban energy substations as all kinds of architecture, from small single-family homes to huge block-sized factory buildings, at addresses including 29 Nelson Street, 2833 Yonge Street & 640 Millwood Road. Some have caught fire in freak accidents – not something the neighbors like to worry about. Others have been decommissioned and converted to residential or commercial use, in a strange instance of life imitating the art of imitation.