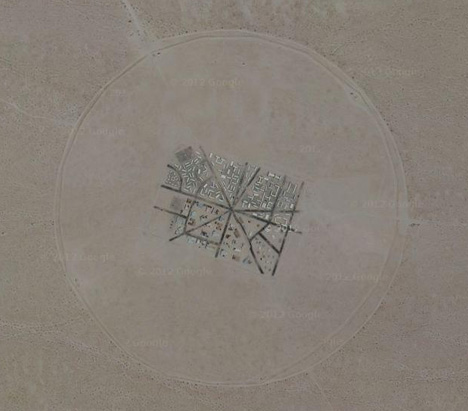 Normally, urban design is done with death and destruction in mind – but prevention, rather than facilitation, is the focus. This unique mini-city was made to be destroyed, pummeled into the dust by repeated drills by armed forces. 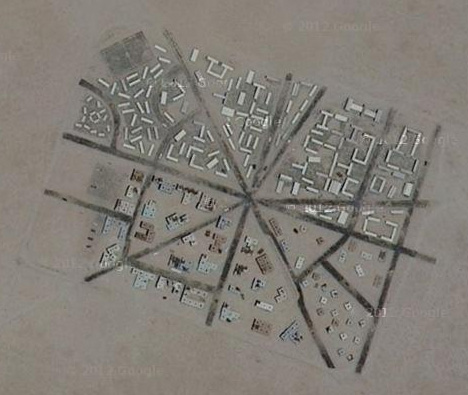 Built by the United States military in the remote Nevada desert, the Urban Target Complex (R-2301-West aka “Yodaville”) is the target of strafing, sniping, rocketing and bombing (above image by Lance Cpl. Zac Scanlon). 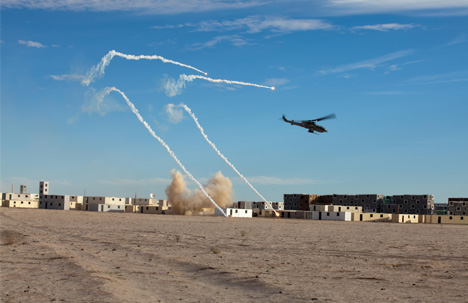 The terrain has a realistic layout patterned after settlements in the Middle East, and the structures themselves – mainly constructed from shipping containers – are stacked up to four stories high.

As Ed Darack writes for Air & Space Magazine, from his experience following troops into the faux action, “The artillery and mortars started firing, troops advanced toward the target complex, and aircraft of all types—carefully controlled by students on the mountain top—mounted one attack run after another. At one point so much smoke and dust filled the air above the “enemy” that nothing could be seen of the target—just one of the real-world problems the students had to learn to cope with that day.” 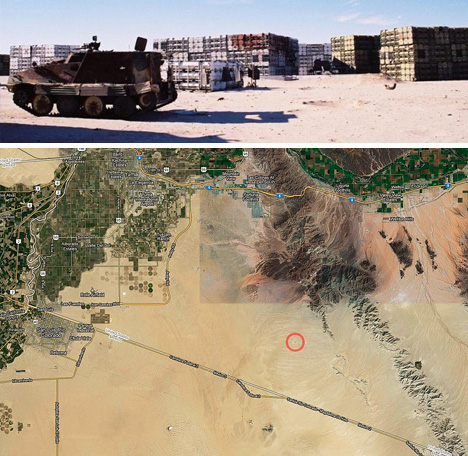 BldgBlog asks what we should make of mysterious military architecture, often hidden from public view and thus veiled from scrutiny or critique. “So what, for instance, might something like a Yodaville National Park, or Urban Target Complex National Monument, look like? How would it be managed, touristed, explored, mapped, and understood? What sorts of trails and interpretive centers might it host?”