A Chinese transportation company behind a lane-straddling bus design (which passes over lanes rather than occupying them) is moving from scale to full-sized test models this summer. The plan is to introduced fully-functional models of these “land airbuses” to (or: above) the streets of Beijing over the next few years. 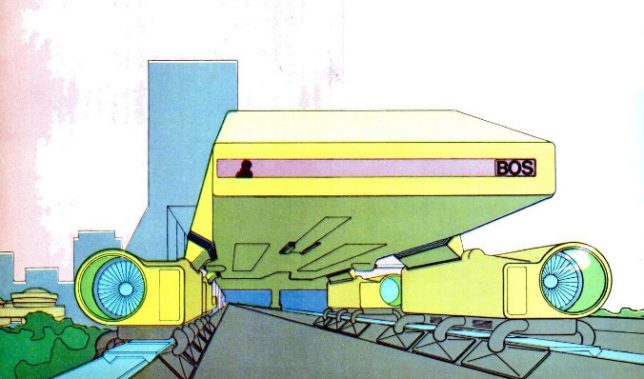 The inspiration for this seemingly-novel design dates back to a 1960s “Landliner” proposed for New York City that would likewise ride on side rails adjacent to roadways. Cars would simply pass beneath the buses uninterrupted, moving faster than the bus in high traffic and allowing the bus to move over traffic jams. Such a system would be a fraction of the cost and effort compared to subway systems or even raised railways. 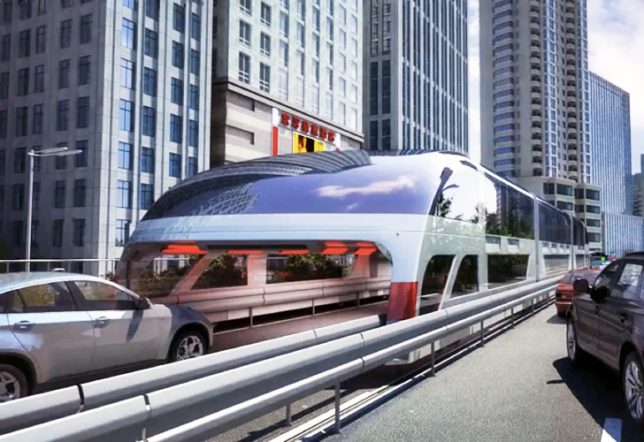 In China, these new buses would hold up to 1,400 passengers each and cruise at up to 40 miles per hour, which sounds slow until you consider they do not have to stop for traffic. Running on electricity, these designs would reduce the need for conventional buses and cut polluting emissions. As a cyberpunk bonus: cars passing beneath these vehicles will see digital simulations of the sky above.

For now, Transit Explore Bus is constructing a life-size model in Changzhou. This will allow real-time testing with actual cars, intersections and infrastructure, facilitating further refinements and eventual street deployments. For a country with serious pollution and traffic problems, this kind of solution could be just what is needed – for each new super-bus, 40 ordinary buses can be taken off the roads.