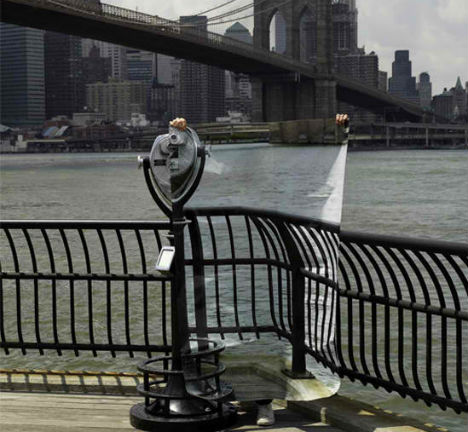 Blurring the line between reality and fiction, this urban camouflage photo series by French photographer Fred Lebain features posters that blend in almost perfectly with their environments. Lebain visited New York and took photographs of various scenes, went home to France and turned them into posters, and then came back and installed the posters were the photos were taken. 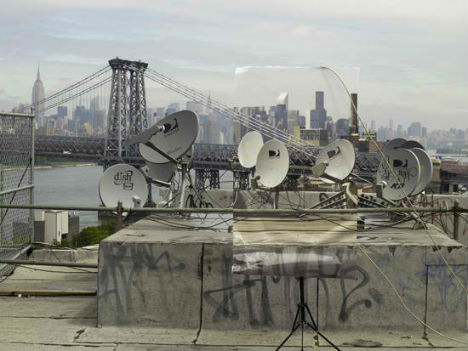 Called ‘A Spring in New York’, the series reads like slight blips in time, where scenes are glimpsed on a day not too long past, when few things were different – perhaps the amount of sunlight, or the number of people in the background. 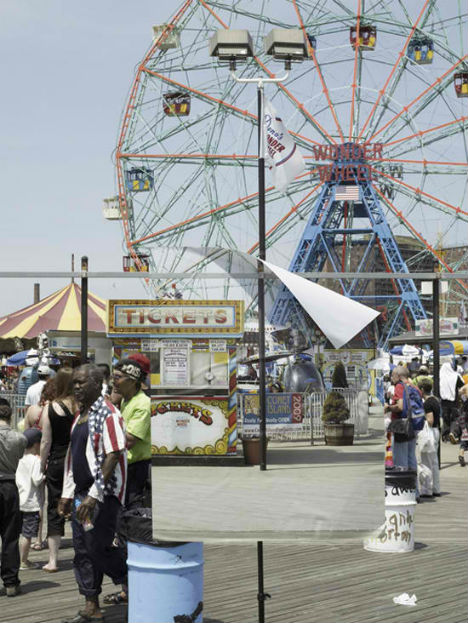 The posters curling at the edges or blowing slightly in the wind lends a curious effect to the final images. The scene is wrinkling; reality is threatening to peel away like paper. 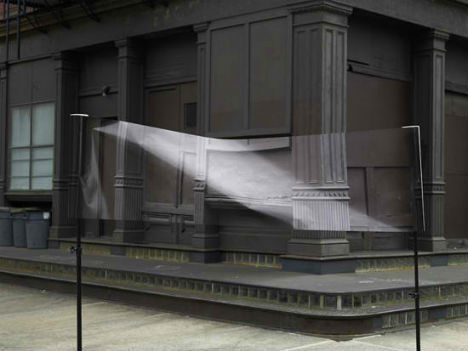 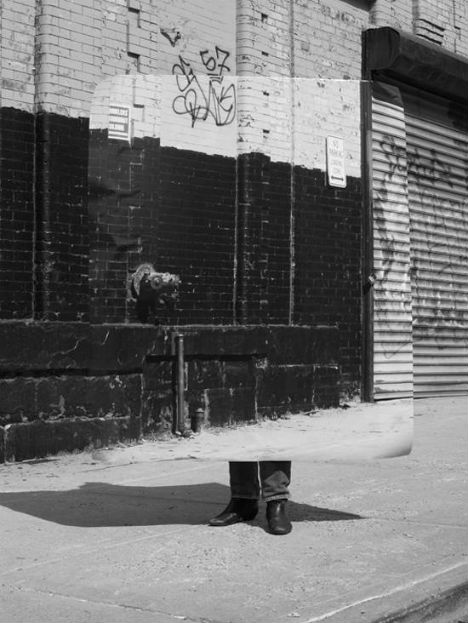 In some scenes, the posters really do act as camouflage, hiding part of the photographer so that only hands or feet can be seen. 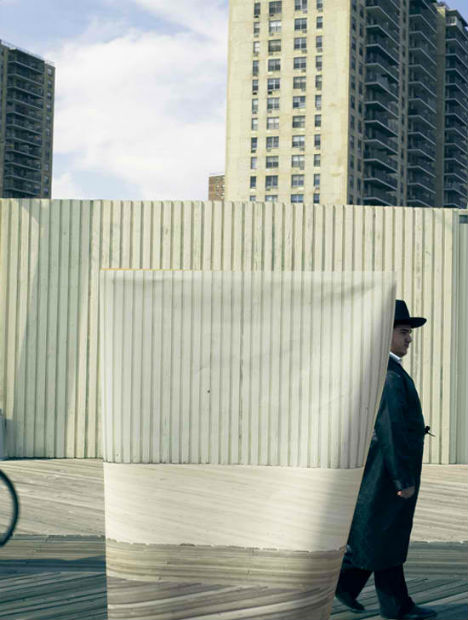 The series is reminiscent of Liu Bolin, ‘The Invisible Man’, a Beijing-based artist who paints himself into his surroundings so convincingly that it’s often hard to spot him. See more examples of urban camouflage, including body painting and bizarre urban camo suits.