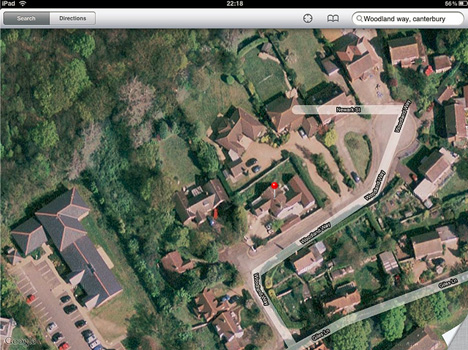 Phantom settlements and trap streets are faked or falsified, intentionally introduced (or materially altered) by map makers to catch those who would copy them. And the practice is not limited to towns or roads – there are trap ponds, trap parks, trap buildings and trap sidewalks, too. 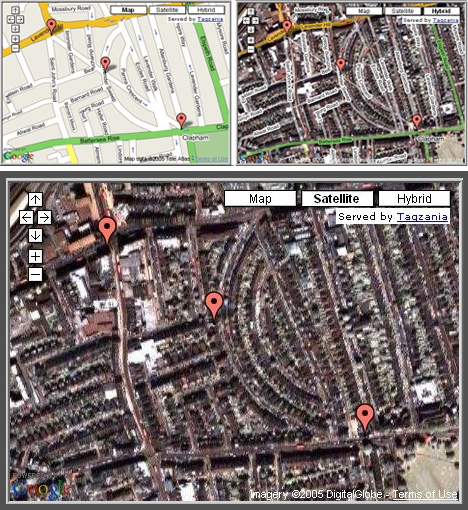 Now imagine the same thing applied to indoor spaces being mapped by new mobile device apps: trap rooms, halls, closets and stairwells – entirely fake spaces that could at worst confuse, but at best might become targets of offbeat geo-locational games. 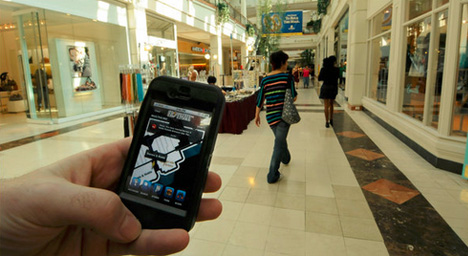 BldgBlog (image above by Laura Pedrick for The New York Times) speculates about introducing false information to interior maps of places like shopping malls:

“Nothing sinister—you don’t want people fleeing toward an emergency stairway that doesn’t exist in the event of a real-life fire—but why not an innocent janitorial closet somewhere or a freight elevator that no one could ever access in the first place? Why not a mysterious door to nowhere, or a small room that somehow appears to be within the very room you’re standing in?” 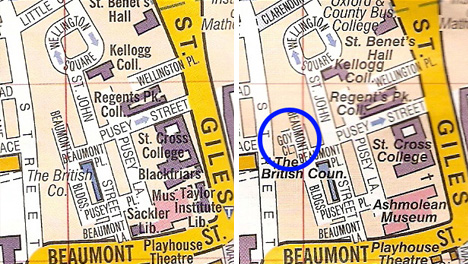 Unlike some paper streets (example shown above), which are planned but never become a reality, trap streets and phantom settlements (like Argleton, a faux town depicted below) are fictitious creations from the start, designed to mislead copyists into revealing their own copyright infringement. Normally innocuous (like: renaming or bending a road), you think of them as equivalent to programmer’s Easter Egg or a hidden watermark  on a photograph – a buried surprise in everyday maps. 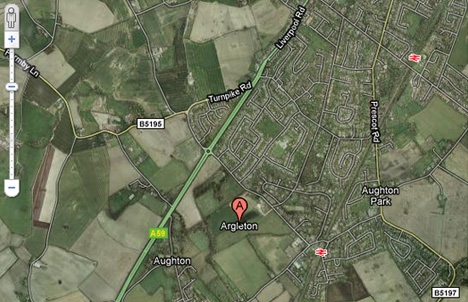 But what are the implications of doing this on a smaller scale of pedestrian circulation, deceiving people not by square mile, but by cubic feet? Could you frustrate the janitorial staff at a school, scare someone into imagining a secret room in their apartment complex? Would it trick urban explorers into actually physically trapping themselves? We will set these open questions aside and leave you with a little fun fact: while designed to catch copiers, trap streets cannot themselves be copyright.