Greek gods and other figures from antiquity tower over a very different world from the one in which they were born, entwined with contemporary graffiti on building facades and other urban surfaces across the globe. The style of PichiAvo, a Spanish street art duo composed of individuals nicknamed Pichi and Avo, is undeniably distinctive, taking imagery usually associated with static, immobile stone statues and enlivening it with a sense of movement and lots of vivid color.

Sometimes, these figures are playfully interacting with the imagery around them; at other times, they’re translucent against their colorful backdrops, almost like ghosts temporarily visiting our realm and checking out what we’ve done with the place. The duo began working together in 2007, painting their creations all over the streets of Spain. Since then, their work has only become more complex. 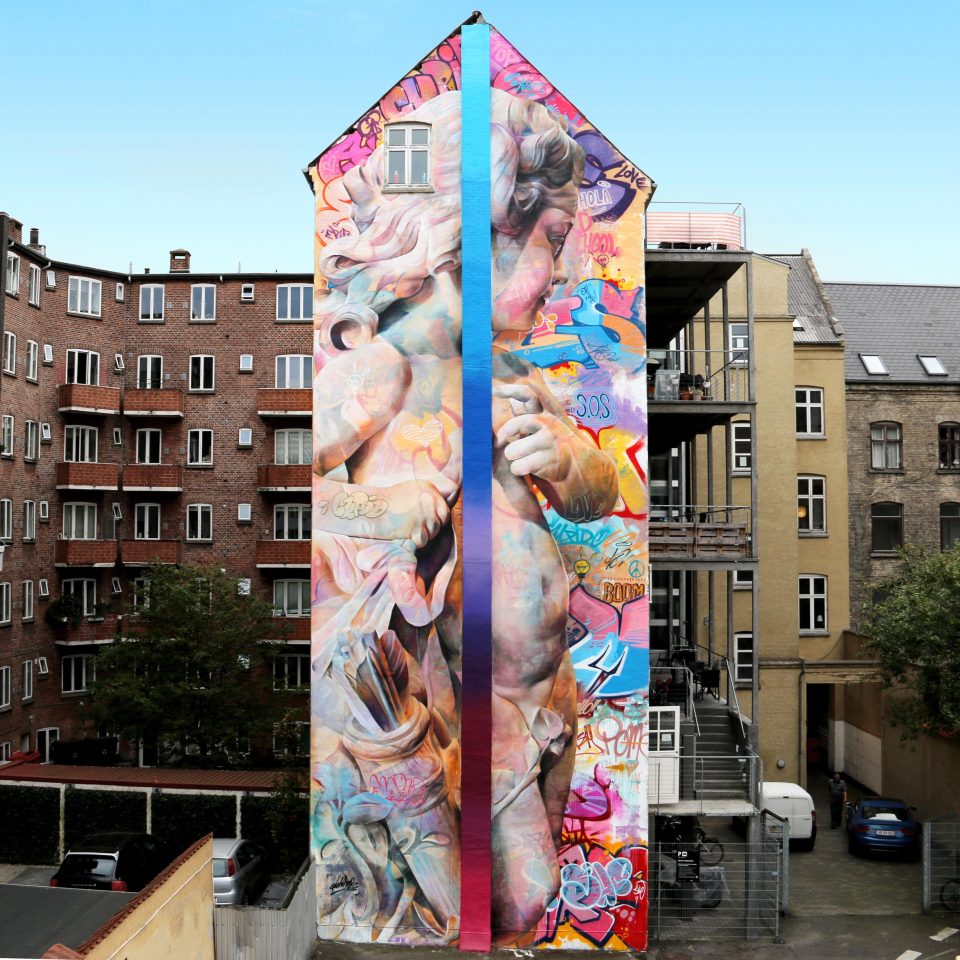 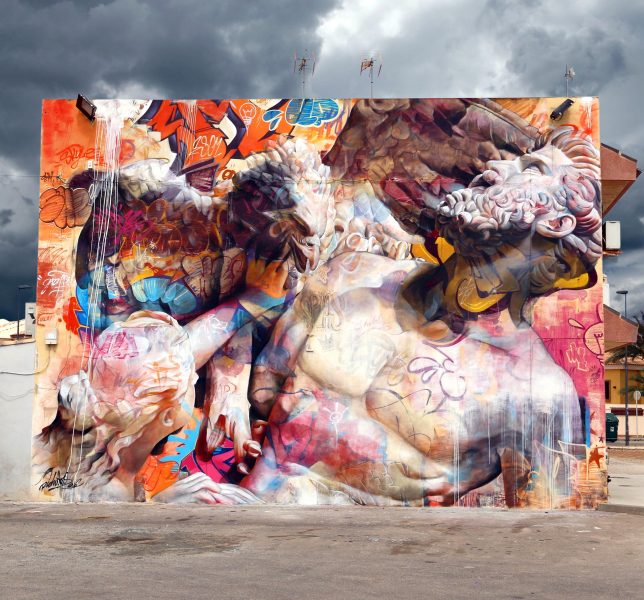 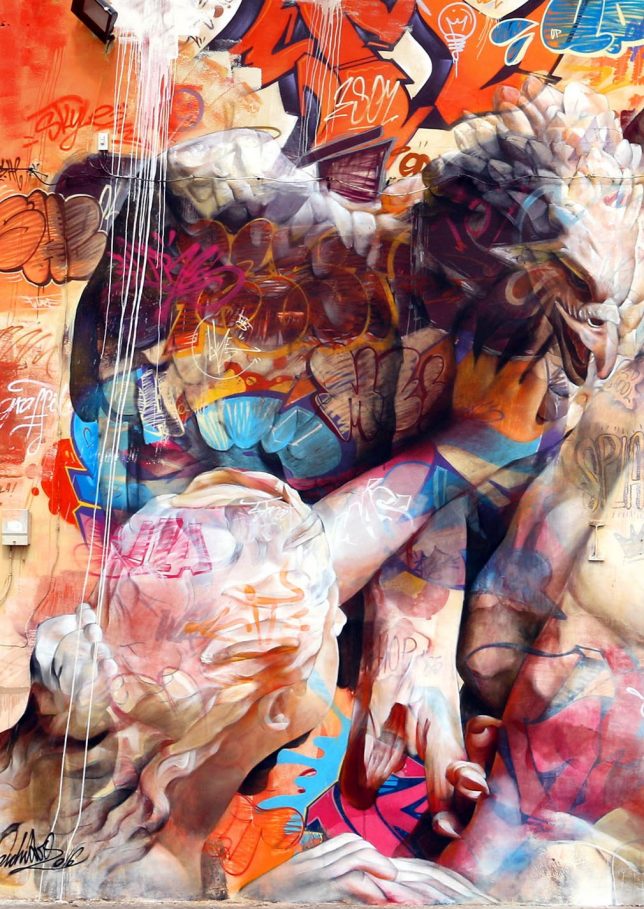 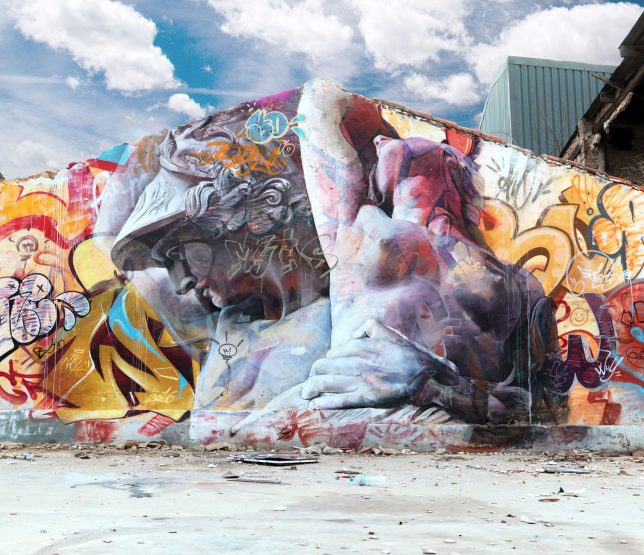 They were particularly prolific in 2016, splashing a cherub across a five-story apartment building in Denmark and completing a mural of Prometheus in Murcia, Spain for the Festival Arte Urban Mar Minor. They also painted a pair of Greek figures on the side of an abandoned factory building in Valencia, Spain. For the latter, they tried some new techniques, including using spray paint for the background and mixing it with acrylic paint to create the statues. 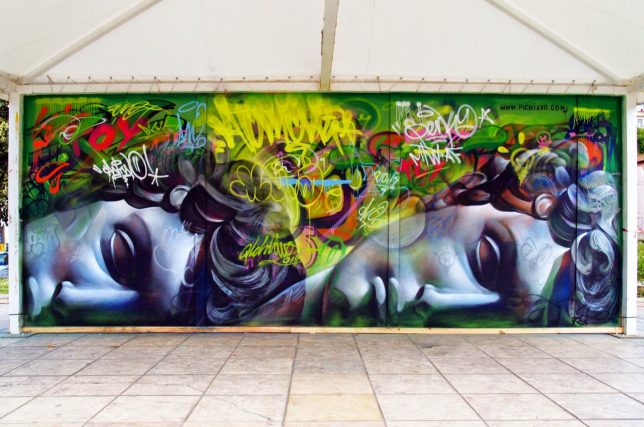 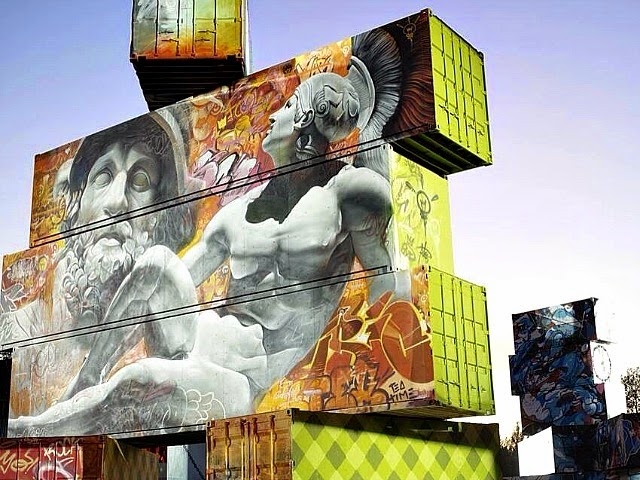 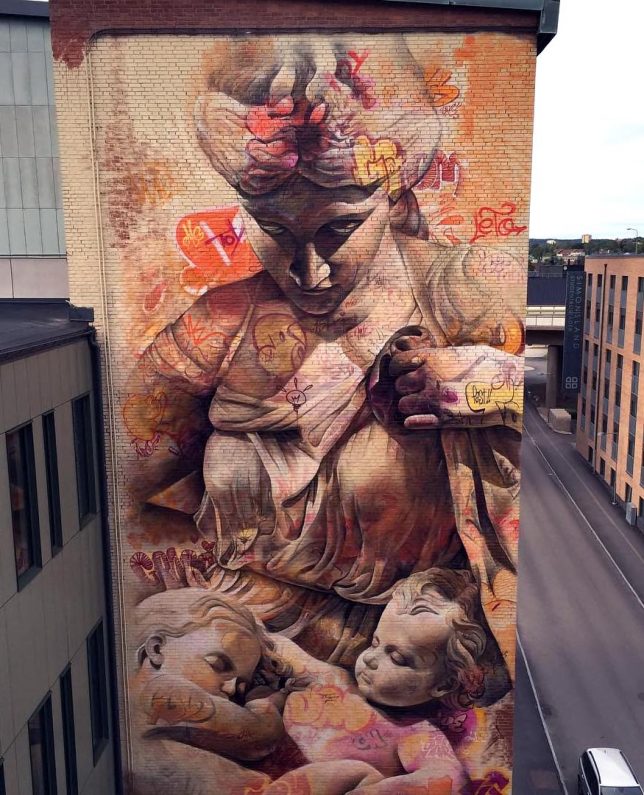 The duo recently did an interview with Global Street Art, explaining how their styles work together and why they choose these particular visuals. 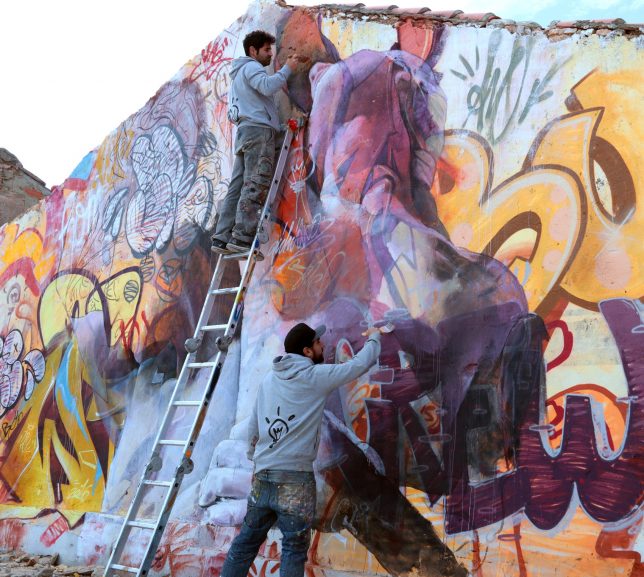 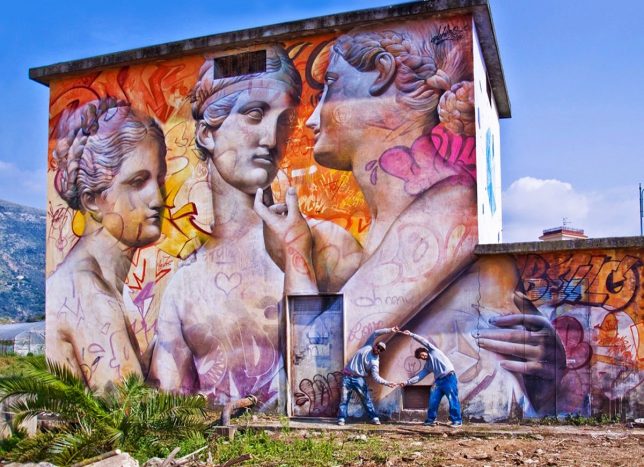 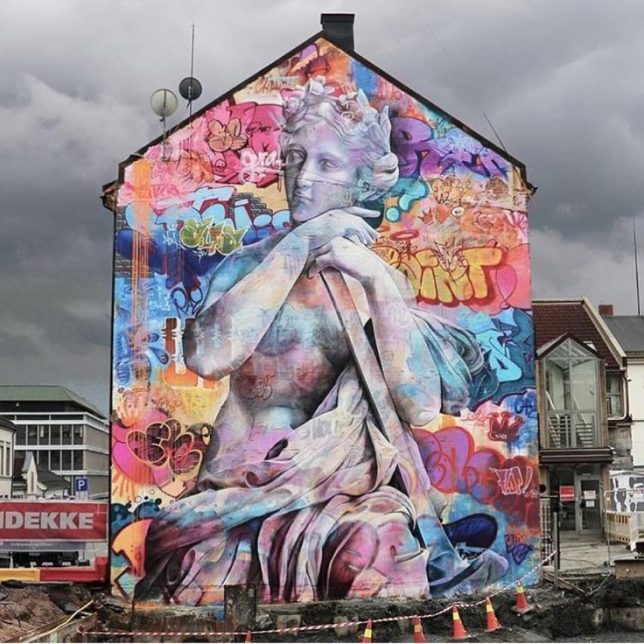 “We started our style thinking we should bring everything we know about art together and adding graffiti to help bring classical art back to life. The best way we could think of to do this was by working with classical sculpture, sculptures that today are white but people don’t realise they used to be covered in paint, so our painting the figures with the graffiti is our small tribute to the classical sculptures that have marked many historical recognised artists.”