The dystopian bemusement pop-up theme park known Dismaland, a project of UK artist Banksy, is now closed but its dismantled pieces and parts will find second lives as architecture and infrastructure for refugees across the English Channel in the French port city of Calais. 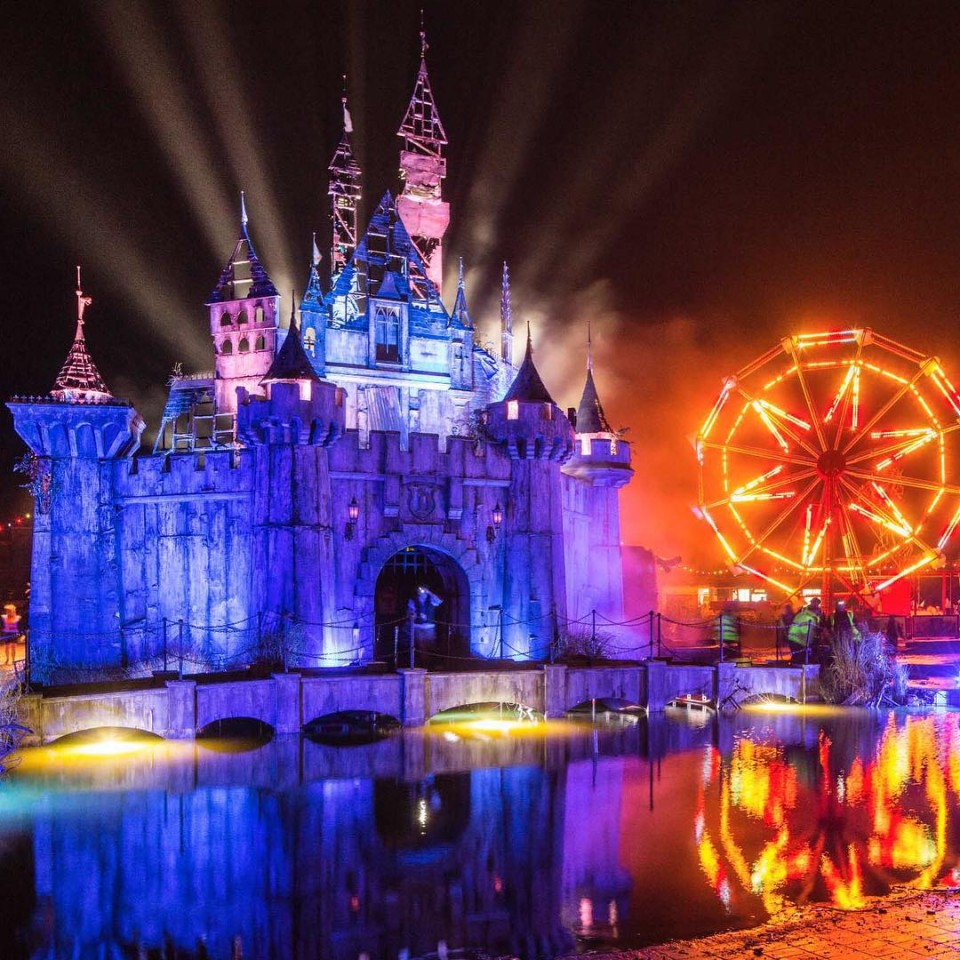 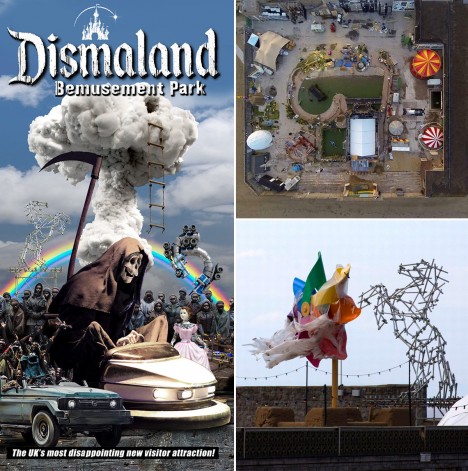 Known collectively as “The Jungle,” a series of mostly-informal refugee camps around the Port of Calais temporarily house asylum seekers from troubled countries including Darfur, Afghanistan, Syria and Iraq. Most of The Jungle’s occupants are looking for ways into the United Kingdom, legally or otherwise. 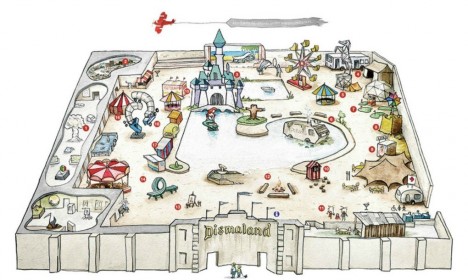 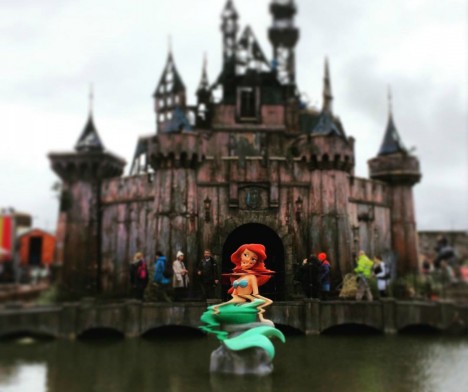 Working fixtures, furniture and furnishings will be appropriated more directly, while more complex structures are being disassembled to be reused as raw materials for shelters and services. While camps have existed in the area for years, they are in constant conflict with authorities and generally lack even basic day-to-day amenities. 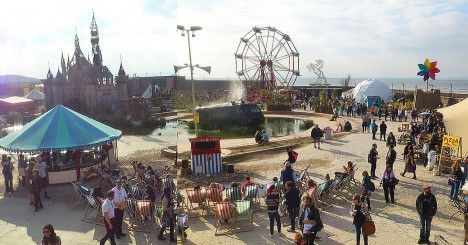 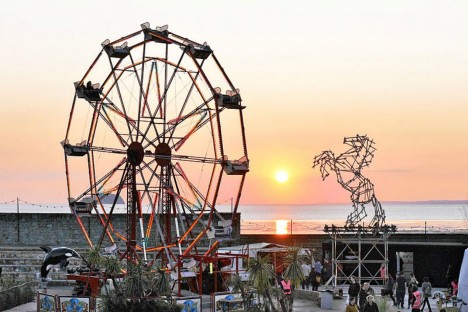 Lasting just over a month, Dismaland attracted over 150,000 visitors, featuring works by Banksy and 58 other artists. Dismaland was a surprise installation to the residents of seaside Somerset, England, who were told the construction efforts were building toward a film set for an upcoming movie (images via Wikipedia and Colossal).