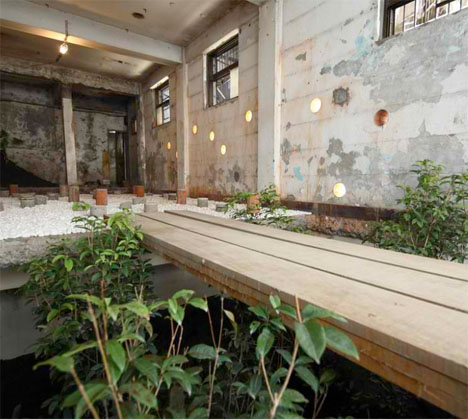 Occupying an abandoned five-story apartment building in central Taipei, Ruin Academy is a living architectural laboratory where holes drilled in the walls let rain inside, plants grow from the floors and the bones of the structure serve as ‘compost’ for the future of the city. A collaboration between Finland-based Casagrande Laboratory and the Taiwanese JUT Foundation for Arts & Architecture, this project aims to “re-think the industrial city and the modern man in a box.” 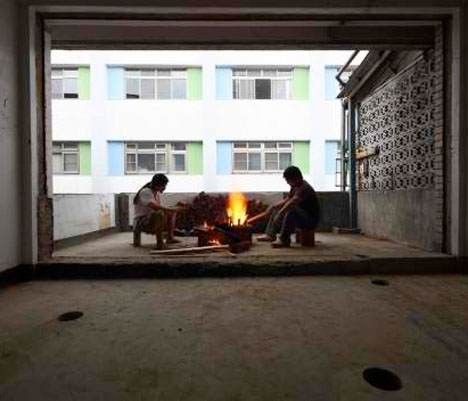 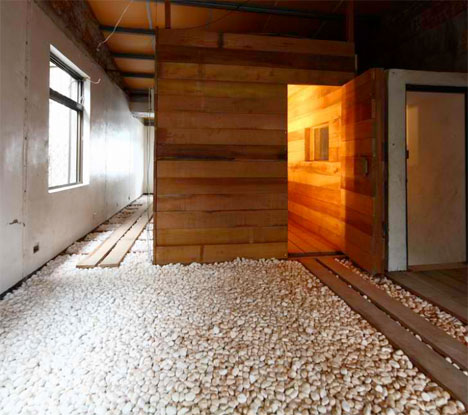 Ruin Academy serves as a setting for workshops and courses for various Taiwanese and international universities in subjects like architecture, urban design and environmental art. The lines between the city and the building have been blurred with the removal of windows and interior walls, so bamboo and vegetables can be grown indoors. Students and professors sleep in ad-hoc dormitories. The mahogany elements of the interiors, like walkways and steps, are made to be rearranged as the inhabitants’ needs change. 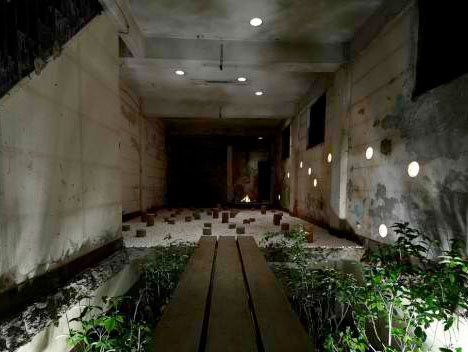 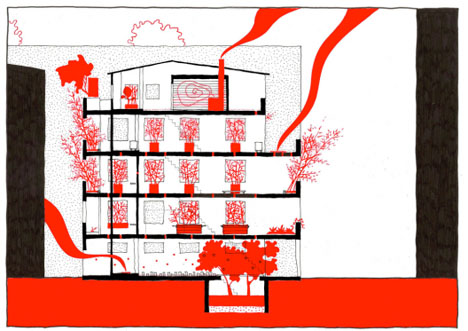 “The Ruin Academy is looking at the ruining processes of Taipei that keep the city alive,” says Marco Casagrande on the Ruin Academy blog. The idea is that static urban structures aren’t a natural way of life, and that the ‘Third Generation City’ would mix nature with human construction in an ever-changing symbiosis. Restoring nature within cities, growing food indoors, and living in structures that constantly adapt and change is seen as a more organic way for humans to interact with our environment. 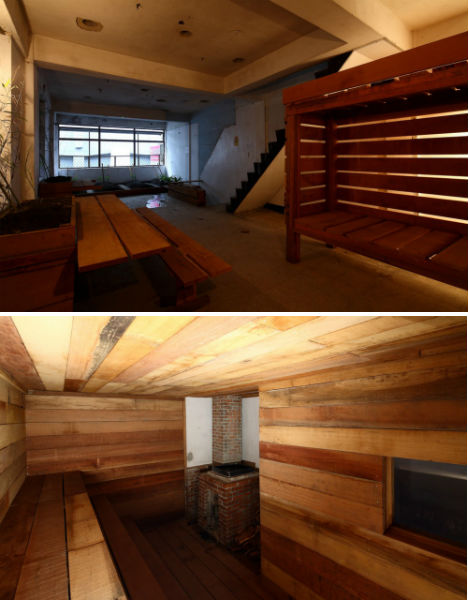 The Ruin Academy is just one of the many illegal, unsanctioned ‘parasite’ structures that have popped up on top of and around Taipei’s conventional modern buildings. Organic and often transient structures made of materials like bamboo or plastic sheeting sprout on the roofs of concrete skyscrapers and in abandoned lots, used as artist housing, urban farms, night markets and other social gathering places.