Excited ticket holders rush past sullen-faced guards in mouse ears to gain access to Banksy’s Dismaland, a dilapidated, depressing ‘bemusement park’ that’s far from the happiest place on earth. Contained within a derelict seaside swimming complex, the attraction takes everything you love about Disneyland and subverts it into a dystopian vision where nothing works quite like it should, and whatever can go wrong probably will. 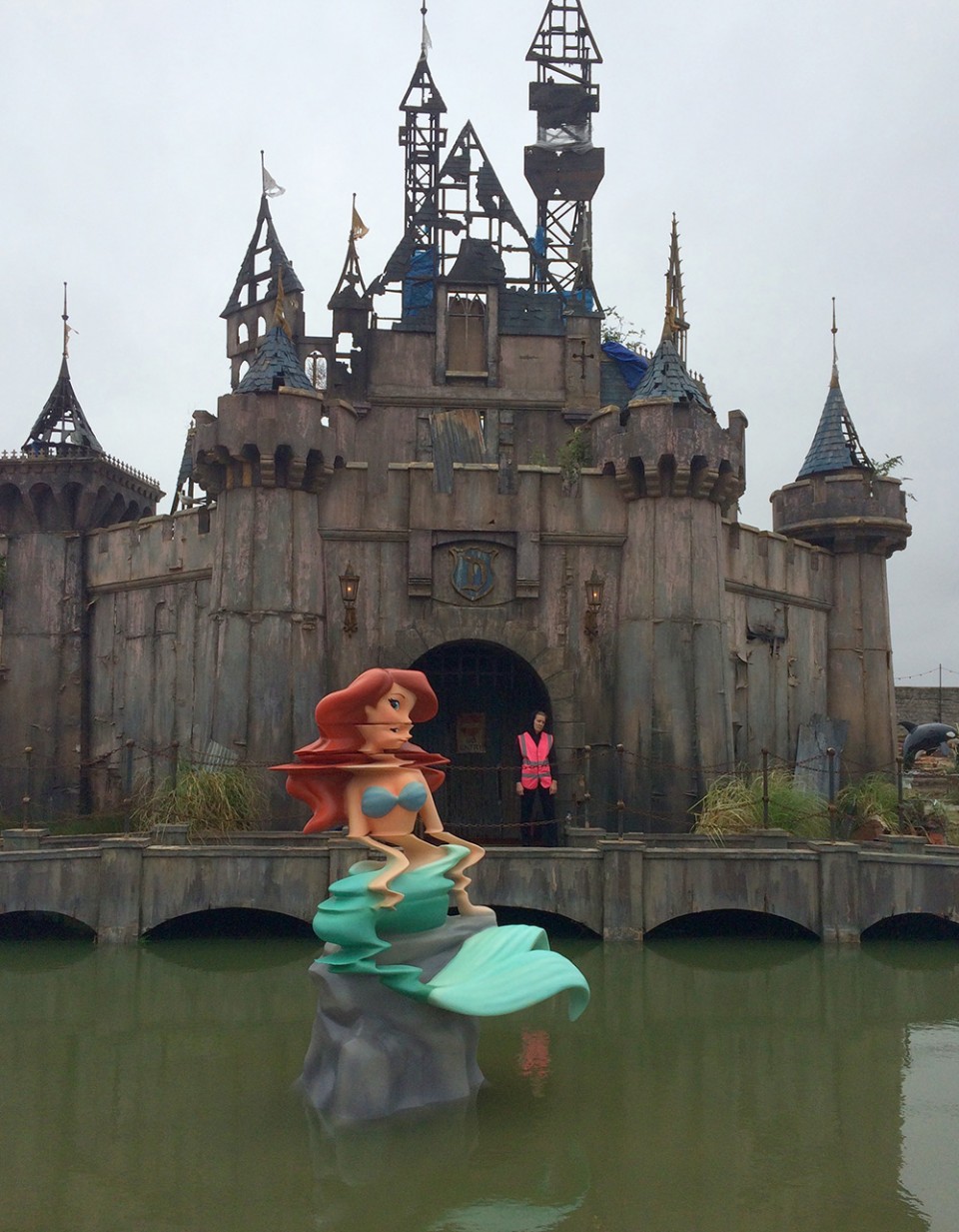 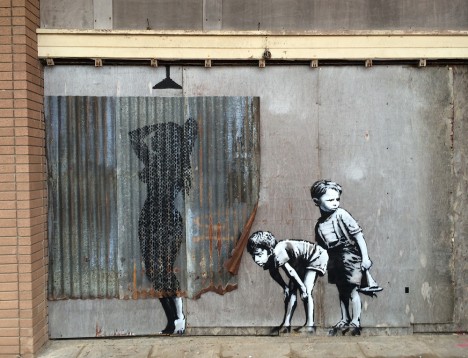 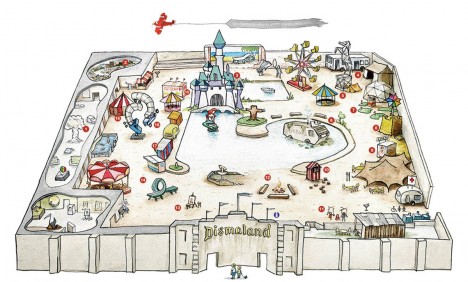 Visitors pass through a faux security screening complete with cardboard x-ray machines before submitting to a real search, with guards ironically checking for spray paint to make sure no vandals compromise the strange scene Banksy has curated. Inside, they’re greeted by a structure resembling a post-apocalyptic Cinderella’s castle, a giant pinwheel tangled with plastic and the grim reaper as the sole rider at a bumper car attraction. 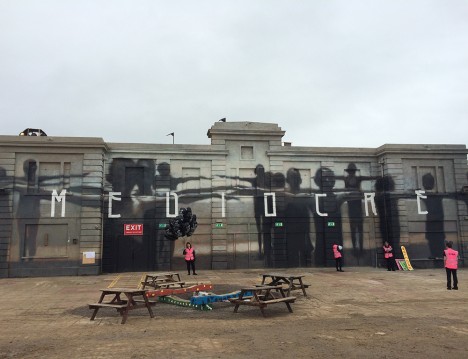 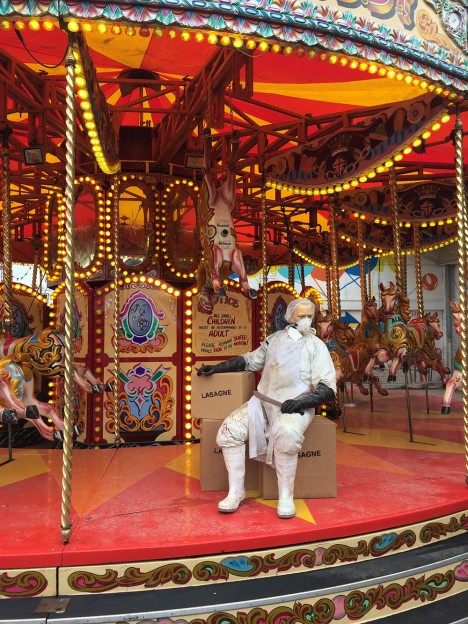 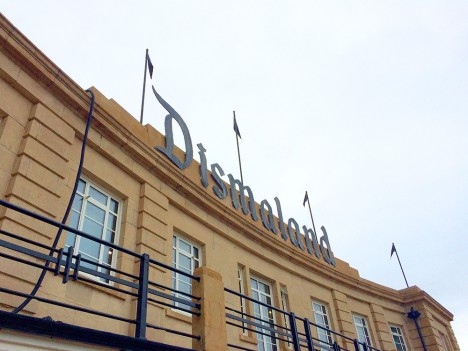 A photo backdrop labeled ‘selfie hole’ tells you what it’s for and makes a statement on the person using it at the same time. Step past the ‘No Entry’ gate in the fairytale castle and you’ll be treated to CCTV-like footage of Cinderella and her prince on screens before coming upon the wreckage of her overturned carriage, paparazzi flashbulbs going off in a frenzy deliberately echoing the death of Princess Diana. Everything is designed to be a colossal let-down. 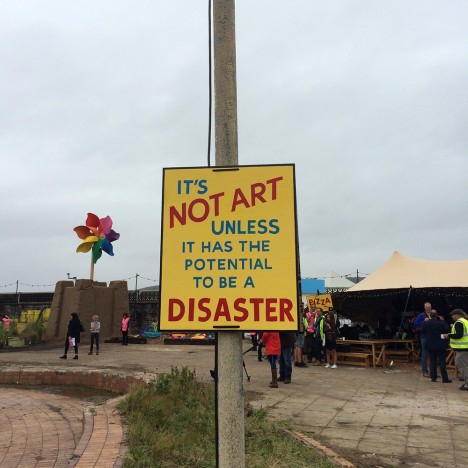 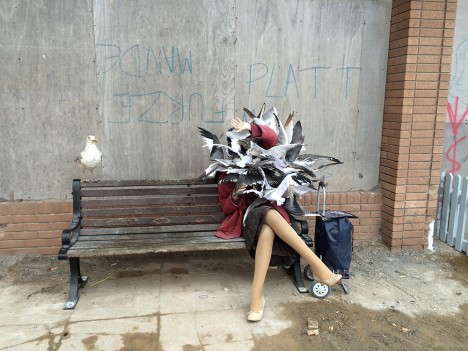 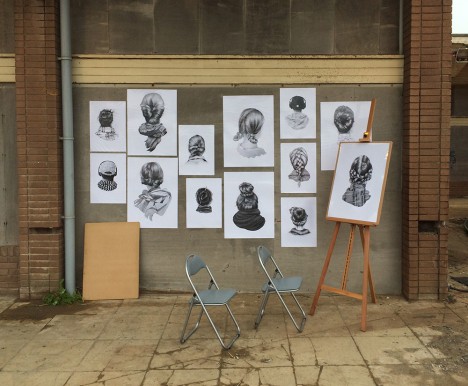 Abandoned for nearly a century, the 2.5-acre site has just the right grimy atmosphere for Banksy’s display, which includes almost none of his own work. The artists who collaborated on the project and have works featured inside include Jenny Holzer, Damien Hirst and Jimmy Cauty. The park will be open every day through September 27th, with performances by Run the Jewels, Pussy Riot, Massive Attack and others scheduled each Friday. Tickets are £3 on the Dismaland website (additional photos by Christopher Jobson of Colossal).