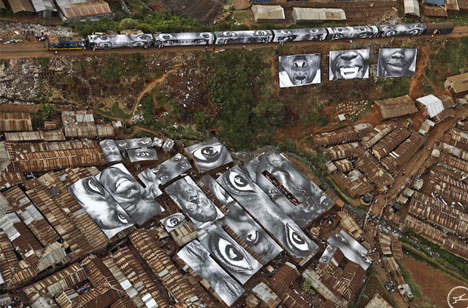 Photographers are the subject of a medium-old question: does their work represent reality, or create new realities? This one undoubtedly does both, putting images of eyes and faces up in urban spaces (streets, walls, even roofs) then recapturing them on film. 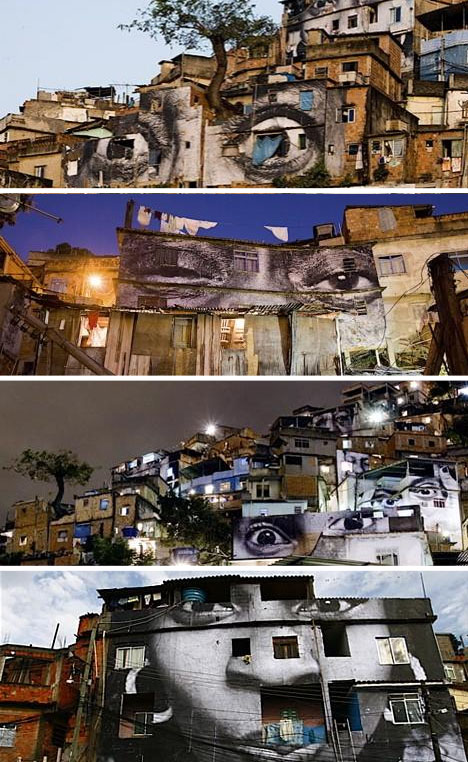 Their author, the anonymous JR, is a French artist who tackles tough subjects in difficult places, and has won a TED award for doing so. “In 2007, with Marco, he did Face 2 Face, the biggest illegal photo exhibition ever. JR posted huge portraits of Israelis and Palestinians face to face in eight Palestinian and Israeli cities, and on the both sides of the Security fence / Separation wall. The experts said it would be impossible. Still, he did it.” 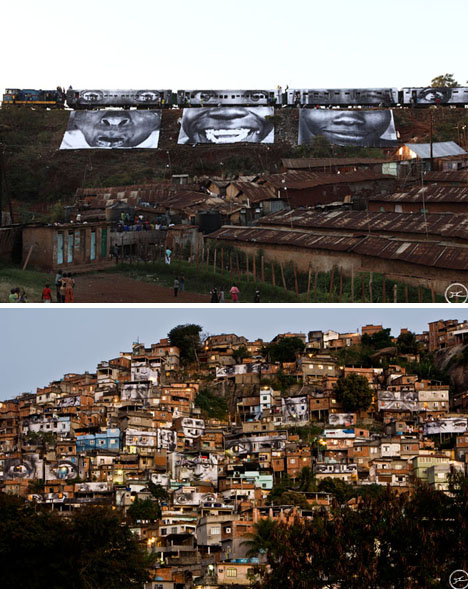 Featured here, however, are primarily his studies in Rio de Janeiro, which BldgBlog questions the purpose of: “are you visually transforming the ghetto so that those who live in the city below no longer have to look up and see themselves surrounded by blight? Or could you visually augment the favela in a way that positively impacts both the self-image of, and the quality of life for, the people living there while not erasing the presence of that ghetto from the visual awareness of the central city dwellers?” 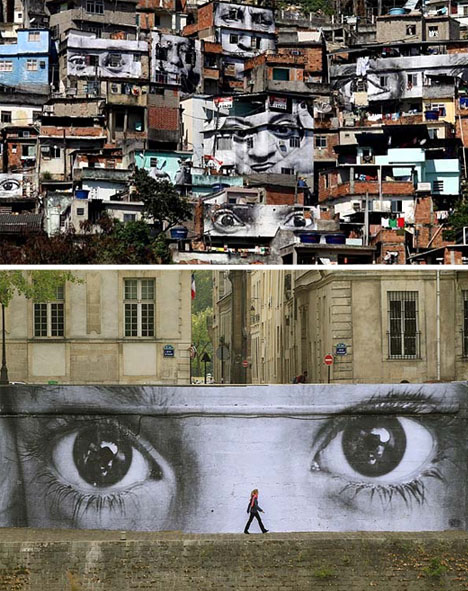 Jane Jacobs (historic scholar of urban settings) is famous for coining the phrase “eyes on the street” – part of a larger realization that the presence of onlookers provides safety for residence, an understanding of which has since shaped mixed-use urban design. 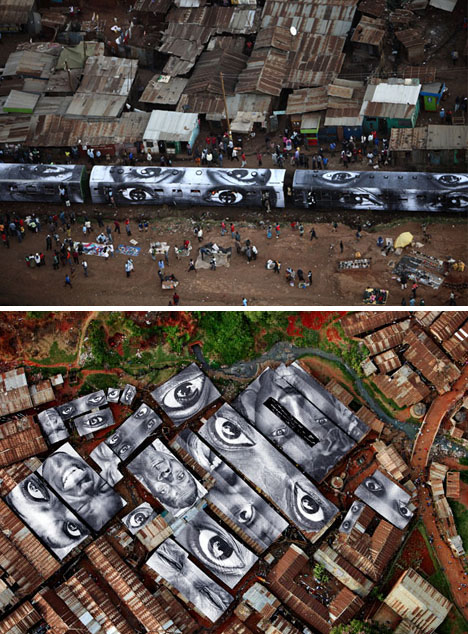 One other question one might ask, then, would be in regards to whether these artistic “eyes” provide similar exposure (and thus safety) for residence (via visitors, viewers and appreciators from afar).