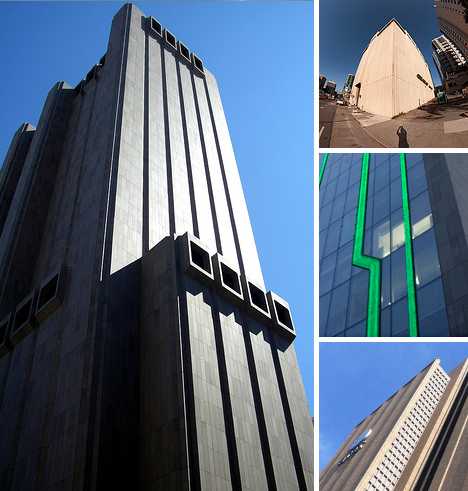 They may not have windows, workers or office space yet telecom infrastructure buildings are an essential part of the urban megalopolis. Their lack of an obvious human presence, though, has made these towering, nondescript boxes of wire and machinery the subjects of mystery, wonderment and conspiracy theories. 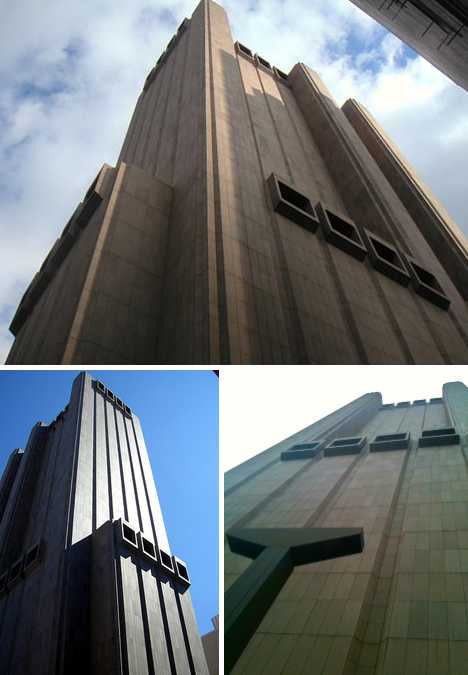 The AT&T Long Lines Building, or as it’s known now by its street address: 33 Thomas Street was designed by architect John Carl Warnecke and opened in 1974. The building was built to last with the expectation that its granite-over-concrete exterior and integral power generators would protect the machinery inside from a nuclear explosion.

The 550 ft (167.5 m) tall building has only 29 floors because each story has ceilings 18 ft (5.5 meters) high. Odd tubular protrusions on the 10th and 29th floors are for the purpose of ventilating the considerable heat that can build up inside. While often praised for its no-nonsense style that complements other buildings in the area, the stark Brutalist design is a favorite of photographers who wait for lighting conditions that accentuate its “inhuman” aspects. 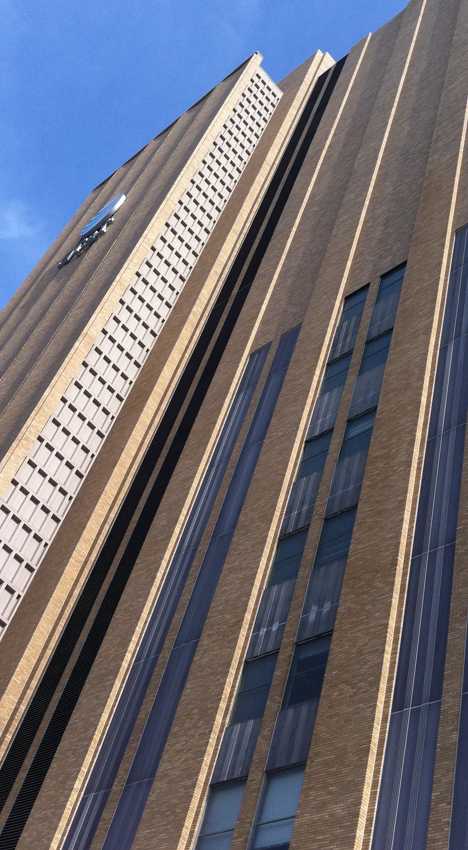 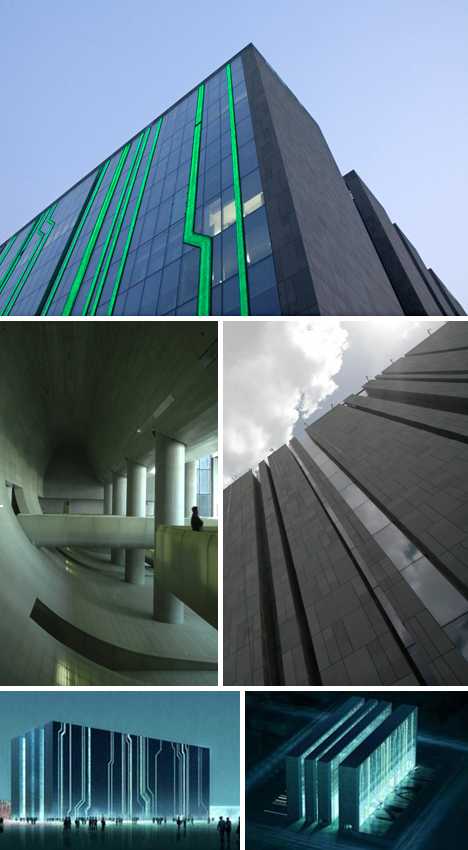 (images via: Galinsky and Coolest Gadgets)

While the USA is still the champ when it comes to wired and wireless telecommunications, the new century has brought new challengers such as China where the Digital Beijing Building offers a new perspective on buildings for non-humans. Designed by Chinese architect Pei Zhu of Studio Pei Zhu/Urbanus, the building opened in 2007 only to be immediately overshadowed by the spectacular neighboring structures built for the 2008 Beijing Summer Olympic Games. (images via: Oobject and We Make Money Not Art)

The 187 ft (57 meter) tall building wasn’t built for show and compared to its neighbors not everyone is a fan of the structure, either. “It is shaped, cheesily, like a mainframe computer from the 1960s, cut with linear glass strips evoking a circuit board,” sneers Tom Dyckhoff of Times Online. “Four gloomy stone slabs, divided by glass atria, do an excellent Orwellian Ministry of Truth impression. It’s slightly less spirit-crushing inside.” Harsh.