Abandoned shoe repair stores, once ubiquitous elements of the urban tapestry, epitomize small Mom & Pop stores that “progress” has kicked to the curb. Here’s one shoe repair store that won’t play in Peoria, even at the bargain rate of eight cents. Not that shoe repair ever was an expensive chore, this shop had to be abandoned a LONG time when Flickr user Smitty-Snaps chanced upon it on January 23rd of 2009. 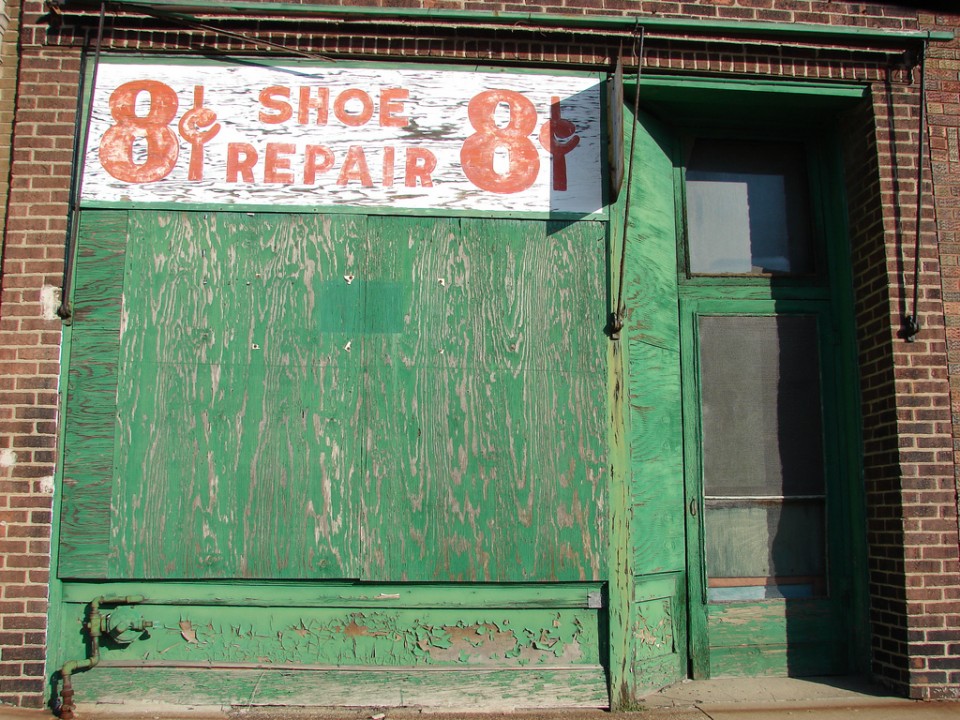 A little over two years after Smitty-Snaps snapped the abandoned 8 Cents Shoe Repair (if that actually was its original name, and that’s doubtful), another Flickr user, David Sebben, couldn’t pass on the opportunity to photo-document the peeling green patina on the abandoned storefront. The shop lost its “1209” street number in the meantime but an extra couple of years haven’t noticeably aged this already well-weathered denizen of a long-passed Peoria.

No Shirt, No Shoes, No Service 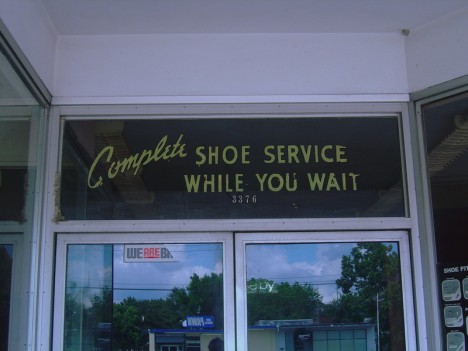 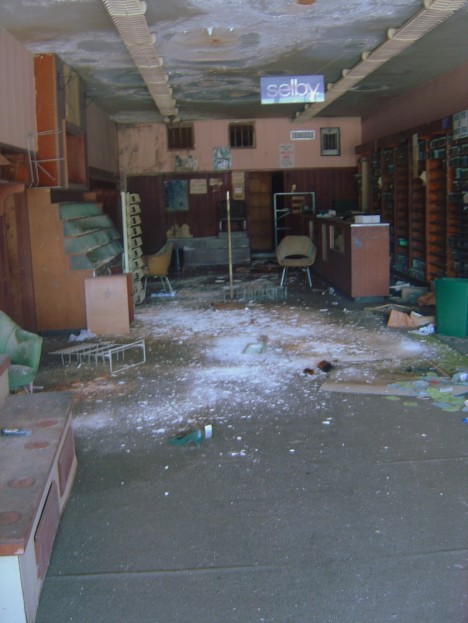 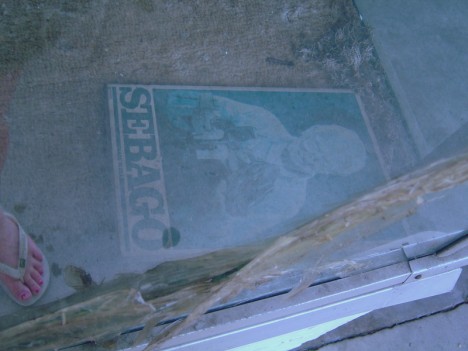 “Complete Shoe Service While You Wait”? Ain’t nobody got time for that these days! The former Militello’s Shoe Repair located on Government Street in downtown Baton Rouge, LA, was visited in August of 2007 by the delightful Colleen Kane from the Abandoned Baton Rouge blog. Could that be a reflection of her sandal-clad tootsies in the lower left corner of the third image above? If not, Militello’s is way creepier than we thought. 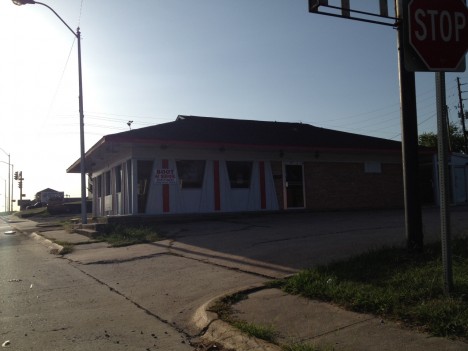 If the external architecture of the eerily lit Boot & Shoe Repair shop in McAlester, Oklahoma looks a little familiar, you just might be hankering for some pizza & birch beer. Yes indeed, this used to be a Pizza Hut restaurant back in the day and as the author of the Used to Be a Pizza Hut blog states, the store “pretty much looks abandoned but is apparently a boot & shoe repair place, which is actually harder to believe would be in business than the original Pizza Hut that it replaced. When is the last time you took a shoe in to be repaired?” Harsh.

From Re-Soled to Re-Sold 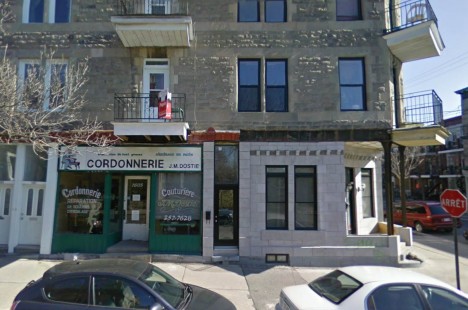 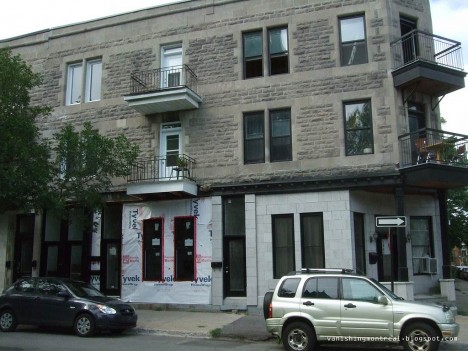 “Cordonnerie” is French for Shoe Repair and J. M. Dostie’s shop on Avenue De La Salle in Hochelaga-Maisonneuve, Montreal, was legendary amongst the shoe-repairing cognoscenti. Although Dostie’s Cordonnerie had managed to build up an appreciative clientele among the Canadian city’s rock-climbing community, rising rents amidst gentrification in the neighborhood delivered an effective coup de grace to the store in early 2011. Kudos to The Milkman at Vanishing Montreal for the above before & after images.