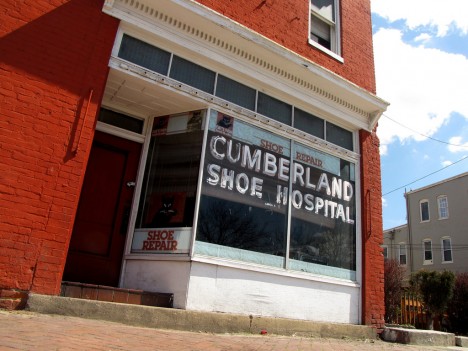 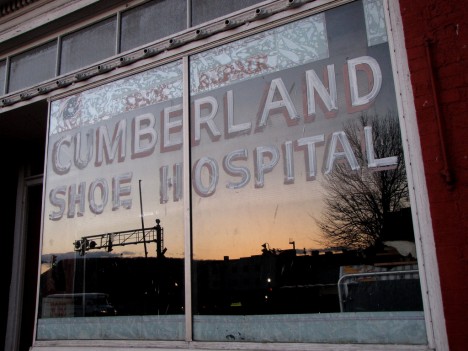 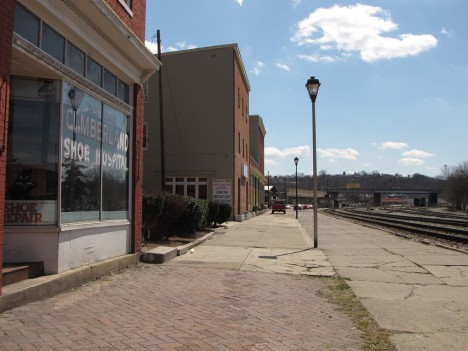 We’d crack a “can’t be heeled” joke here but it’s just too obvious. The delightfully named Cumberland Shoe Hospital – just let that sink in a sec – in Cumberland, Maryland’s Decatur Heights neighborhood is brought to us today by Flickr user Ben Schumin (SchuminWeb), who captured the storefront in all its abandoned glory on April 2nd of 2013. If your shoes are so distressed you’ve got to take them to a “shoe hospital”, just let ’em go, man, just let ’em go. 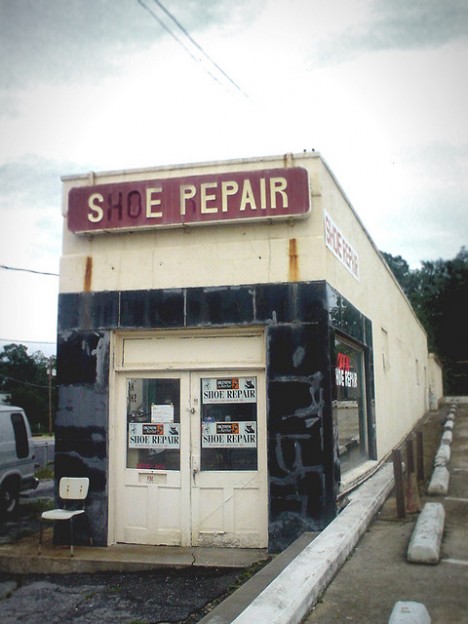 Full props to Flickr user Je Kemp (jekemp) for posting the above image of a decaying shoe repair shop in Hapeville, Georgia. The image dates from July 15th of 2005… one wonders how many more letters (or parts thereof) have dropped off the sign since then. 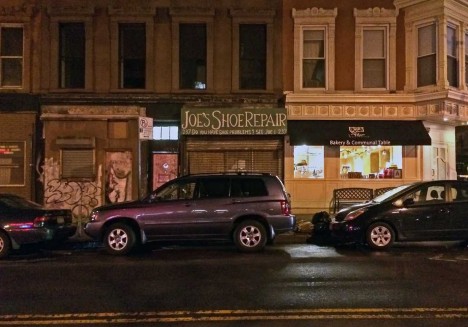 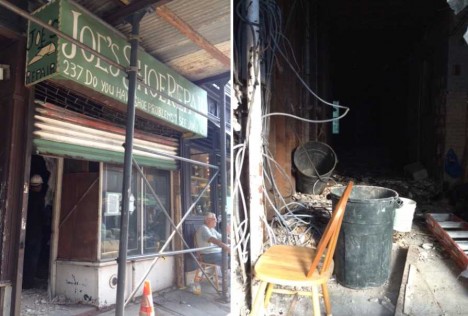 Joe’s Shoe Repair was an Old Brooklyn institution until late 2007 when rising rents (an all too familiar story) in the newly-trendy Fifth Avenue neighborhood forced 81-year old Joe Garazzo to abandon the shop he had owned and operated for decades. Don’t feel too bad for Joe – the nonprofit Fifth Avenue Committee moved him into a new store  just up the block and allowed him to pay minimal rent. The old shop’s folksy hand-painted “Do You Have Shoe Problems?” sign, unfortunately, wasn’t moved along with Joe.