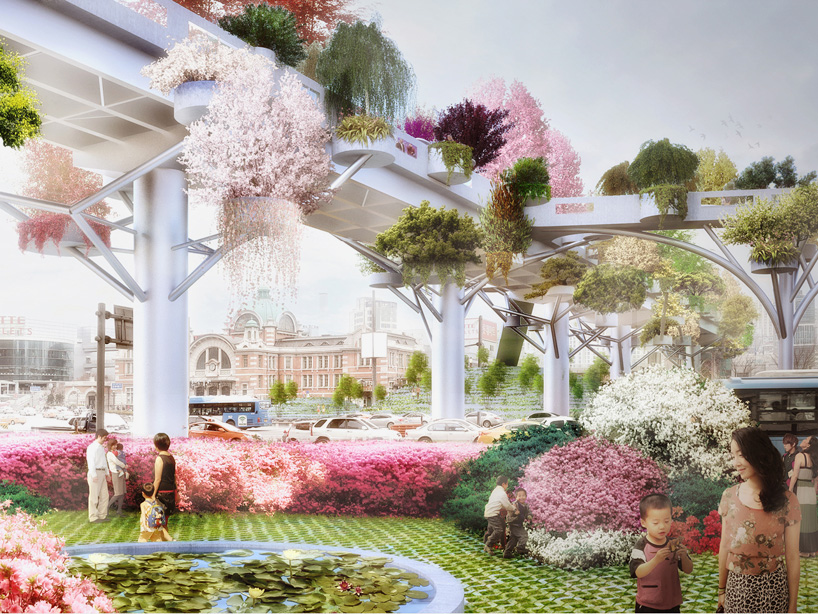 Deemed unsafe and left to rot, a stretch of highway in a prime location beside a train station in Seoul, South Korea will soon get a new life as an elevated park. Built in the ’70s, the structure provided access to and from a local market that served as a crucial point of trade in the region for decades, but vehicles were banned after failed inspections in 2006. For years it has sat unused while pedestrians are forced to take a long route around it to get to the station. 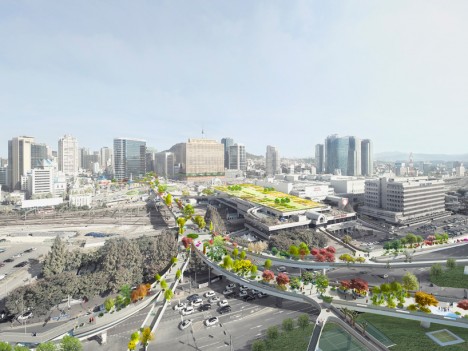 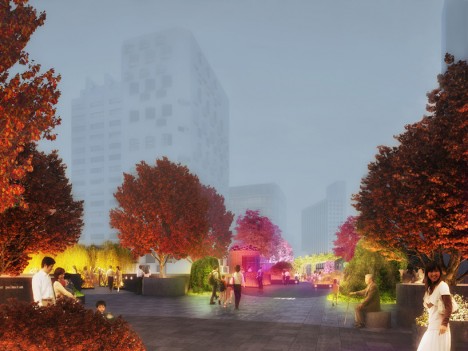 It was supposed to be demolished, but officials consulted residents and experts to see if there was another option. Pedestrian walkways can be hard to come by in any city, and the dozens of elevated parks that are popping up around the world prove that reclaiming and rehabilitating abandoned infrastructure can be an economic boon as they bring new green space to urban settings and create new connections between neighborhoods. 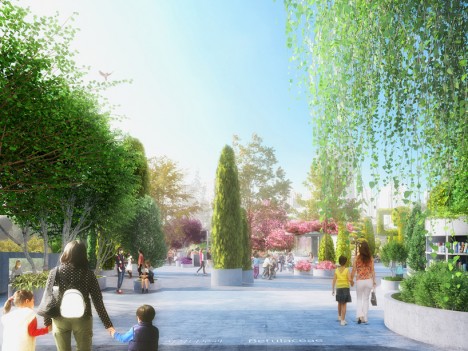 Dutch architecture firm MVRDV won a contest to design the park, filling it with massive circular plant pots filled with 254 different species of flowers, shrubs and trees to create a “living dictionary of the natural heritage of Korea.” A greenhouse will grow new plants to populate the pots, and pedestrians can stop at a number of cafes, street markets, flower shops and other vendors. 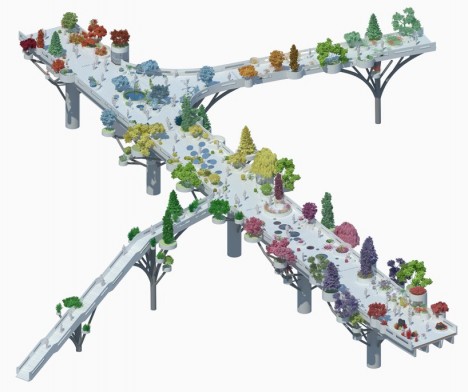 Once completed, the 55-foot-high structure will cut the walk around the railway station from 25 minutes to 11, and is expected to generate 1.83 times its cost in economic benefits.