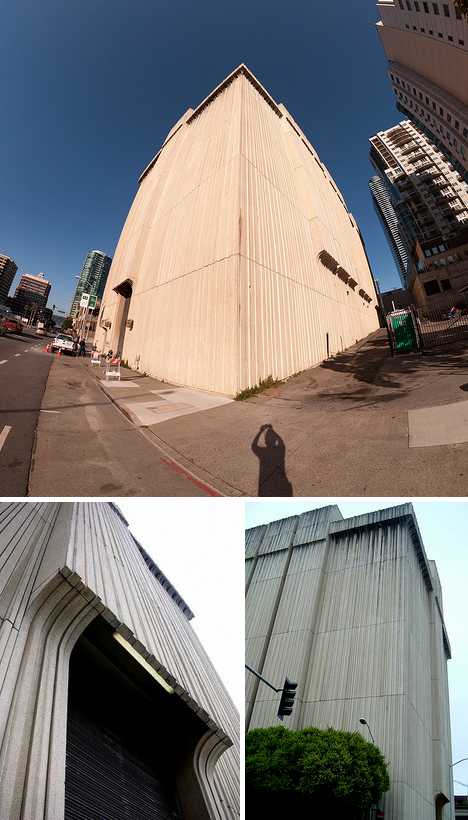 As Pacific Gas & Electric expanded its capacity to supply power to California’s postwar population and industry boom, a number of electrical substations were constructed in and around the state’s major cities. The Embarcadero Substation was built in 1973 from cast concrete – it’s a massive structure that makes no apologies to those of more refined artistic sensibilities. Kudos to photographer Ryan Alexander (“scloopy”) whose camerawork helped make a brutally Brutalist building even more imposing. 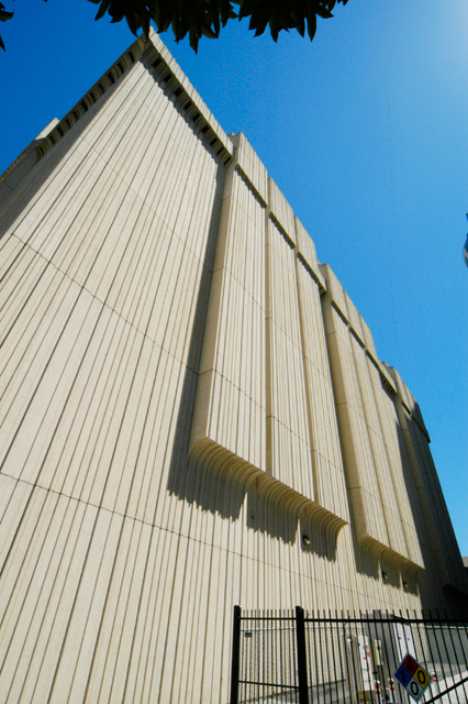 Looming over Folsom Street like some timeless relic of some prehistoric lost civilization, the building’s walls are rough with exposed aggregate that unfortunately traps soot within its confines. It’s almost impossible to find someone who likes the building but SPUR San Jose gave it a shot, stating “Discoloration from smog helps accentuate its subtle curves and makes the building read as even more massive and brawny.” Hooray for smog! 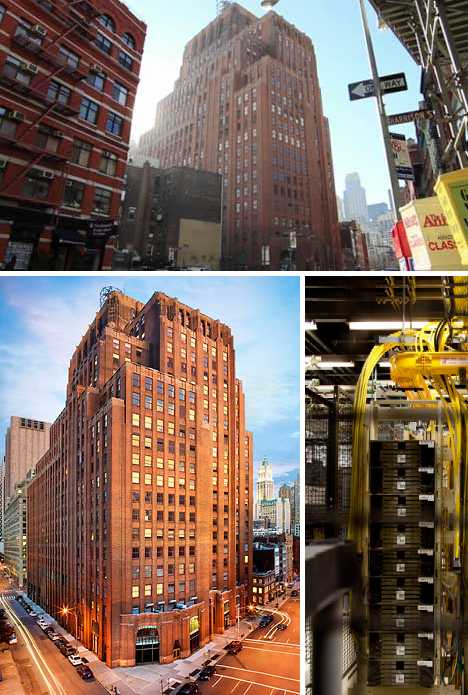 In its nearly 50 year long heyday as the world headquarters of Western Union, the full-block telecommunications building at 60 Hudson Street in Manhattan’s TriBeCa neighborhood housed offices, an auditorium, a cafeteria, a gymnasium, and classrooms for the company’s messengers along with 70 million feet of coiled communications cable. 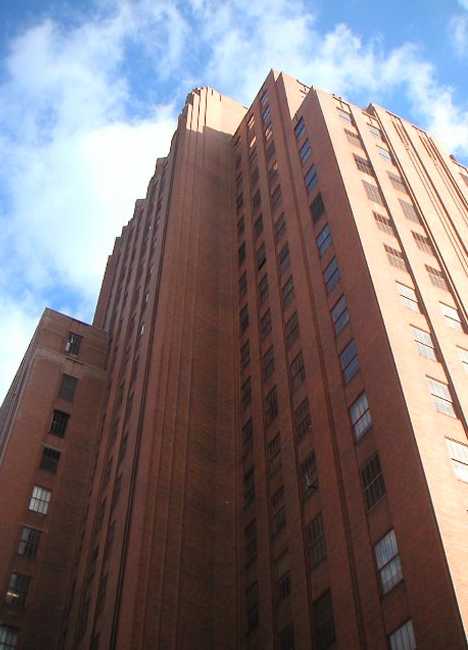 Since 1973, however, the cables (and other associated machinery) have taken over and the beautiful building built in 1928-30 is now “known as the premier carrier hotel in the world… (and) houses over 300 different domestic and international networks.” Designated a New York City landmark in 1991, 60 Hudson Street is a forerunner of the modern telecom infrastructure building and a majority of its many windows look in on “private cages”, cabinets and banks of switching relays.

(images via: The Toronto Blog.com)

Unlike the exquisite former Western Union HQ, more modern telecom infrastructure buildings are built to satisfy function rather than form. Even so, the Bell Canada building on Simcoe St. in downtown Toronto manages to exude a little warmth thanks to its textured yellow masonry walls and a trio of decorative reflective glass panels along the front. On the other hand, having an ugly parking garage slated for demolition just next door can make most any building look good by comparison.