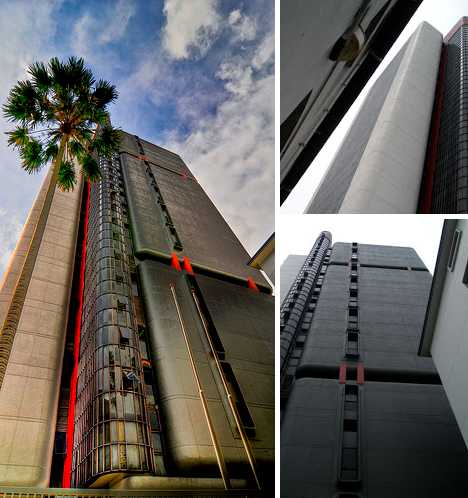 Nothing makes a faceless telecom building look even more anonymous than having a Venetian Renaissance building right in front of it – as is the case with the SingTel Building located directly behind the restored 1904 Stamford House in Singapore. 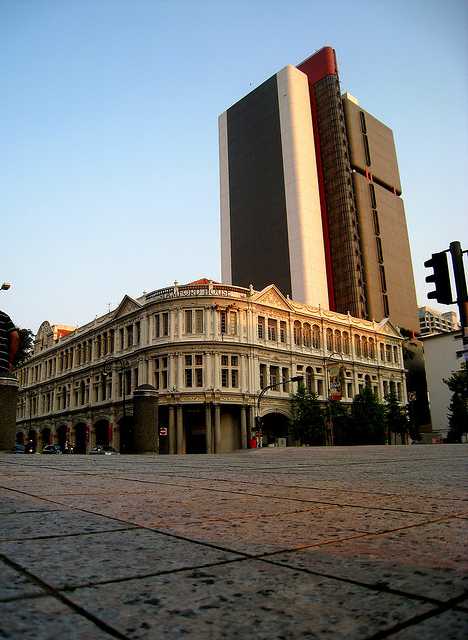 Photographer Eric Johnson captured the odd visual conjunction of the two buildings in his photo above, while crystallizing the thoughts of most onlookers thusly: “The black building in the back has almost no windows and is surrounded by a barb wire fence with armed guards. It must be either for prisoners or spies. The sign in front of it says it’s the telephone company.” Nothing to see here citizen, move along. 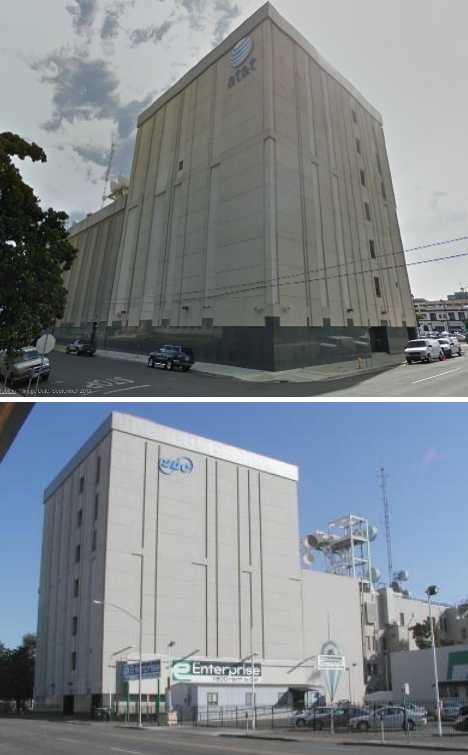 Owned and operated at one time or another by AT&T, SBC, Pacific Telesis and Pacific Bell, this oppressing and overpowering building has all the personality of a Borg cube… and resistance is futile. Stockton isn’t exactly stocked with an overabundance of interesting or at least noticeable buildings but this one managed to make a listing of the top 5 buildings in Stockton that deserve to be demolished. Should that happen, however, the question won’t be “who ya gonna call?” but “how ya gonna call?” 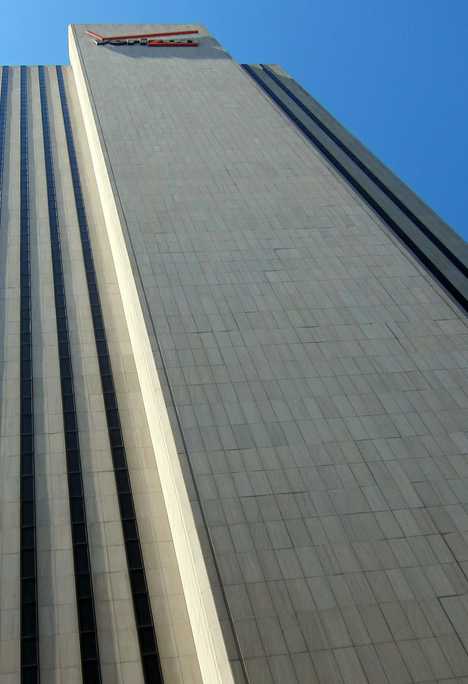 The much-maligned Verizon Building at 375 Pearl Street in New York City is getting a makeover, though unfortunately not a cosmetic one. Built in 1975 within view and viewfinder of the beautiful Brooklyn Bridge, the stark yet bland tower was sold to Seattle’s Sabey Corporation in 2012 and is set to reopen as Intergate.Manhattan on March 15th, 2013. Sabey plans no major changes to the building’s exterior, the design of which prompted New York Times architecture critic Paul Goldberger to complain that it “overwhelms the Brooklyn Bridge towers, thrusts a residential neighborhood into shadow and sets a tone of utter banality.”

(images via: Bill Binns and FramePhoto)

Verizon still occupies three of the 540 ft (160 meter) tall building’s 32 floors and Sabey Corporation is confident they can fill the rest with other clients eager to take advantage of the building’s security, 40mw power supply, 16- to 17-foot (5.2 m) ceilings, and floors built to support 200 to 400 pounds per square foot – up to four times the average for commercial towers. Why are there so many of these data centers in New York City, especially Manhattan? The simple answer is Wall Street – today’s nanospeed equity trading demands that telecommunications processing centers be as close as possible to the actual trading, lest valuable milliseconds be lost as data travels through long distance wiring and cables. 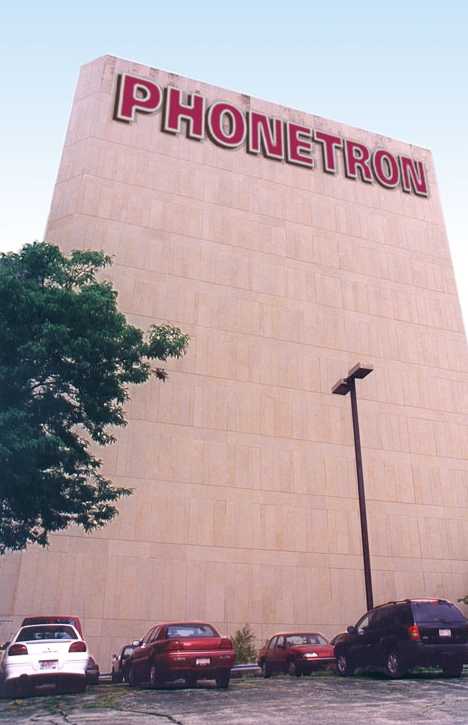 Contrary to an otherwise quite believable article in The Onion, “more than 450,000 desperately sad and lonely people” are NOT “standing by at this time, eagerly awaiting your call” inside the world’s many windowless telecom towers. Then again, since they can’t see out, we can’t see in and therefore just about anything could be going on inside. Things even worse, perhaps, than telemarketers (shudder).