The abandoned Brandermill Inn and Conference Center in Chesterfield, VA jumped the shark after a failed Ponzi scheme drained all of its operating funds. 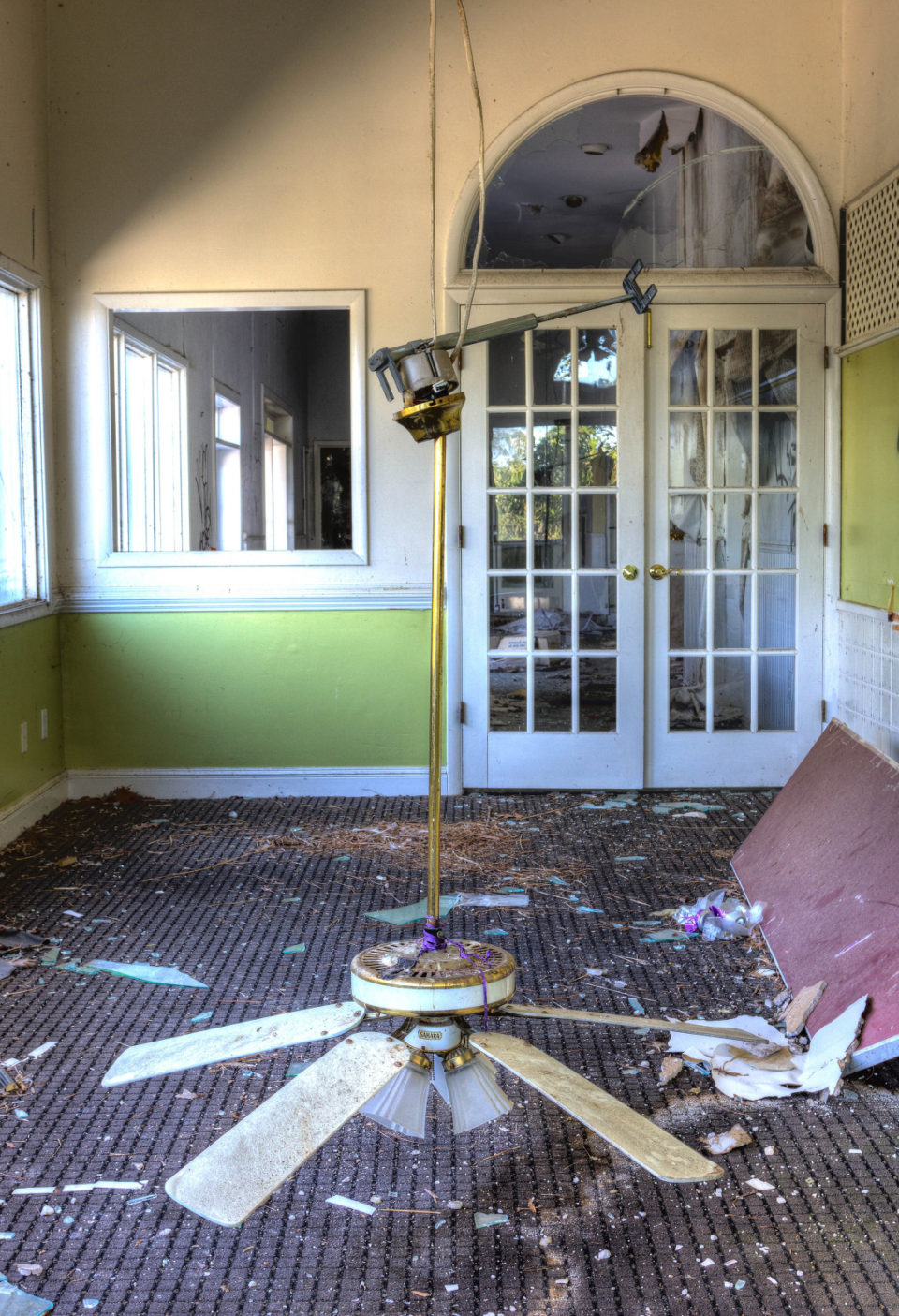 Location, location, location… three good reasons to build a lakefront hotel, restaurant, outdoor pool and conference center in Brandermill, Virginia! Indeed, it seemed such a good idea at the time (circa 1984), just a few short years after the National Association of Home Builders had declared the master-planned community of Brandermill to be “The Best Planned Community in America.” 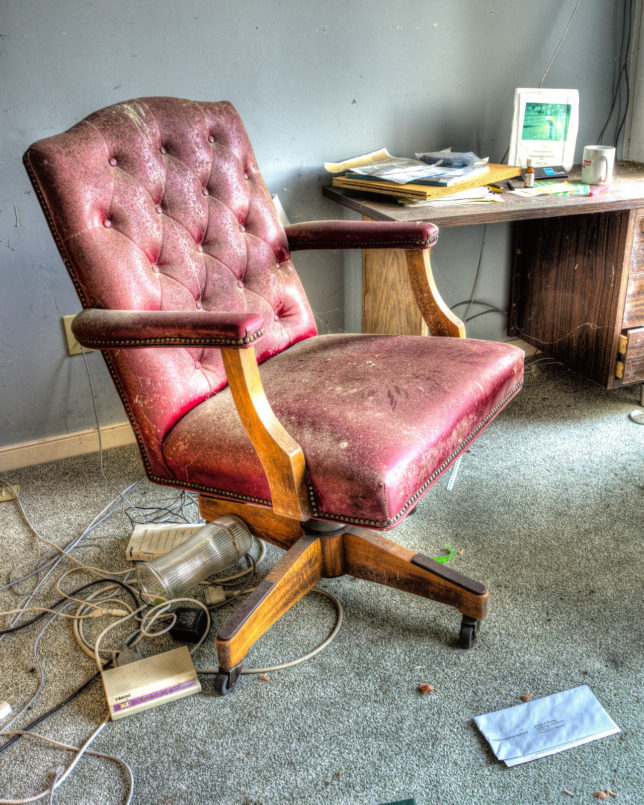 The Brandermill Inn and Conference Center is situated on an 11-acre property abutting the scenic Swift Creek Reservoir in pastoral Chesterfield County, just south of Richmond. The project was conceived by Jim Moyler, who co-owned the marina-front property with BICC Limited Partnership. 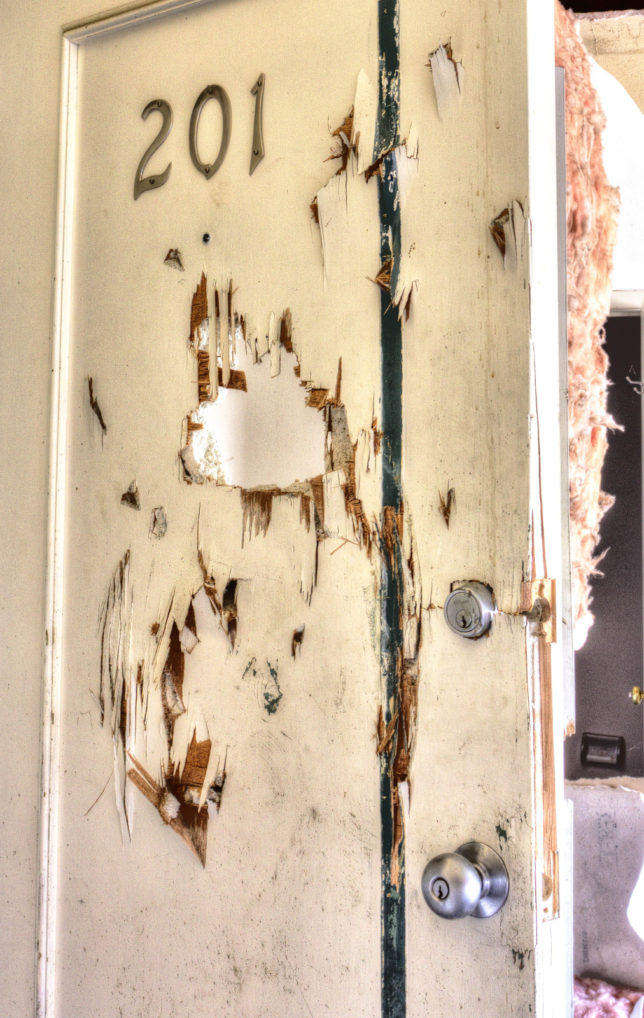 After Moyler bought the property and existing infrastructure outright in 1991, he proceeded to sell timeshare units at the Inn along with hosting a series of special events. Moyler was on top of the world with nowhere to go but… down. 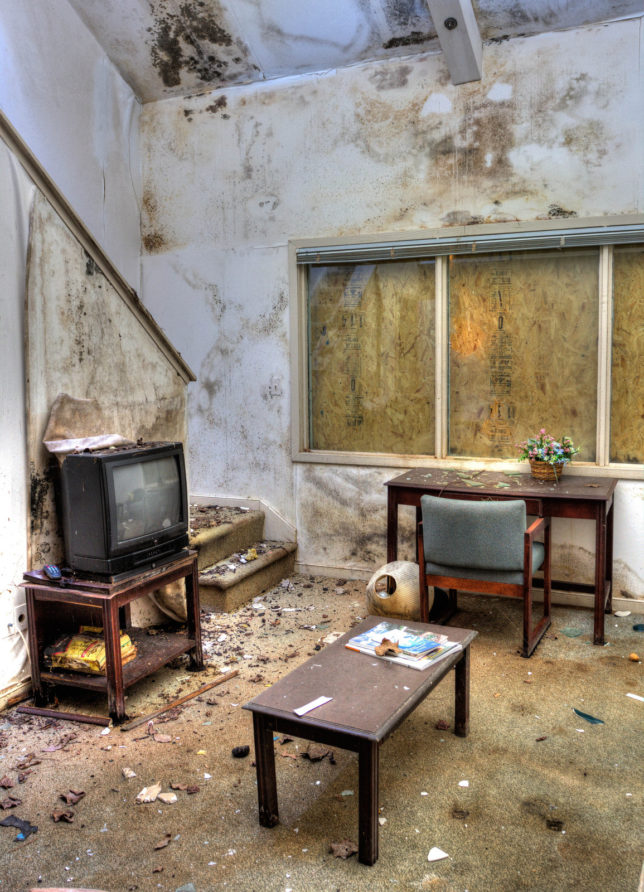 By the early 2000’s, the Brandermill Inn and Conference Center was in desperate need of maintenance, repairs and updates. Those things cost money. To get it, Moyler decided to refinance the property to the tune of $3.5 million – $2.9 million to pay down previously incurred debt and $600,000 to be held in escrow for future renovations. 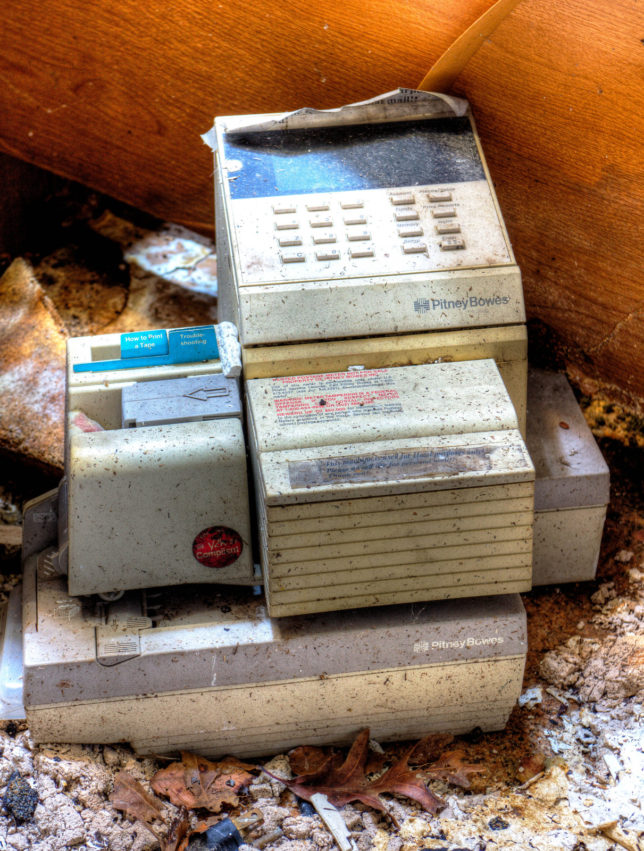 All well and good, except Wexwater LLC, from whom Moyler negotiated the loans, was a dubious venture between Stillwater Capital and WexTrust Capital. Unbeknownst to Moyler, WexTrust was running a Ponzi scheme which, when uncovered, led to the firm’s two principals serving 13- and 21-year federal prison sentences. 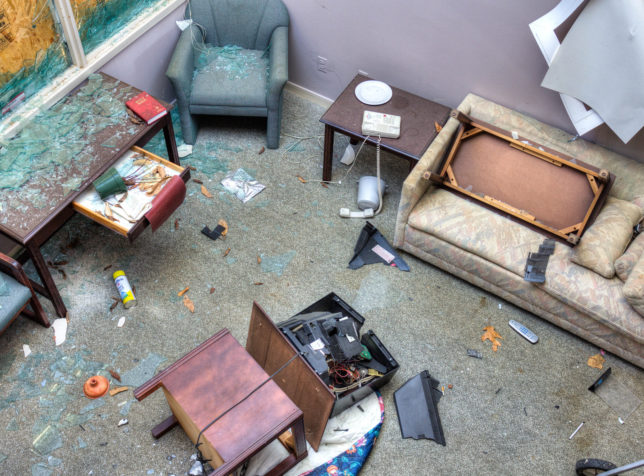 Like all good (and bad) Ponzi schemes, it’s all smooth sailing until an investor wants to withdraw funds: Madoff out front shoulda told you that. In 2006 when Moyler sought to access the $600,000 held in escrow, Wexwater effectively blocked him from doing so. 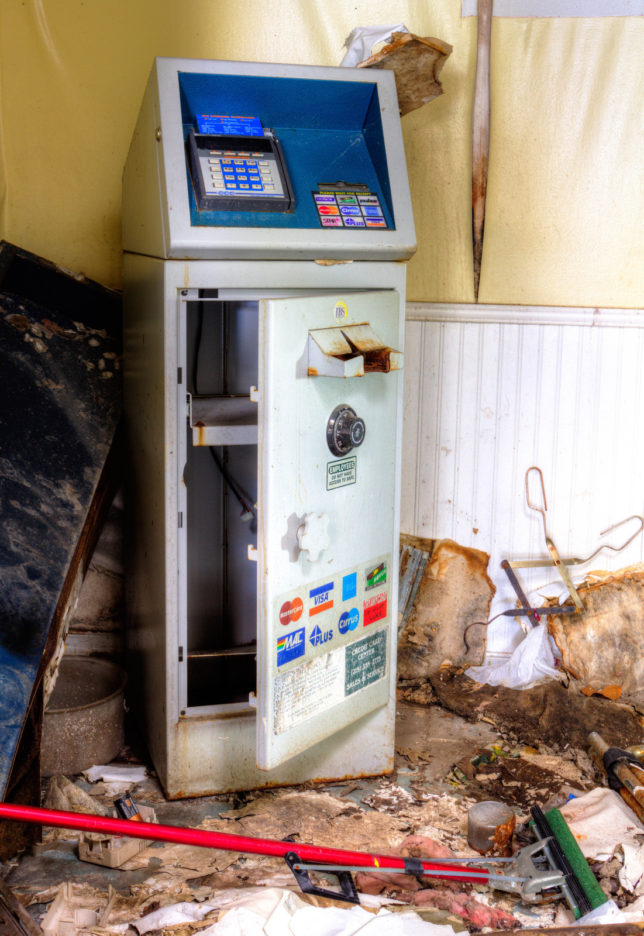 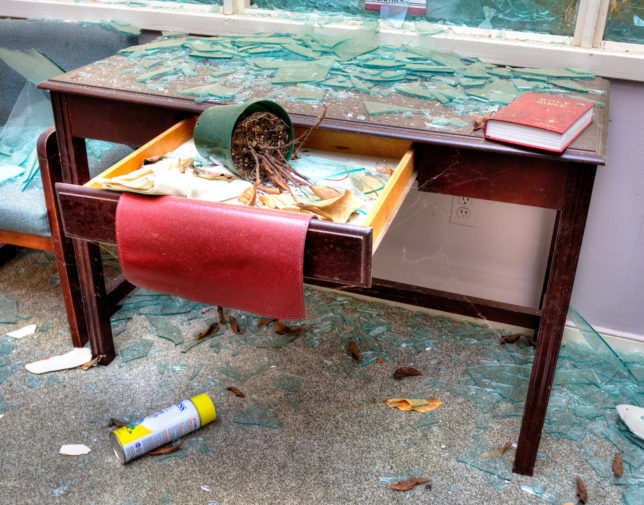 In January of 2006, left with no other options, Moyler was forced to put the Inn’s operating company into Chapter 11 bankruptcy protection. The case subsequently converted to Chapter 7 bankruptcy later that year. The Brandermill Inn and Conference Center shut down completely in mid-2006, though the marina continued operating independently. 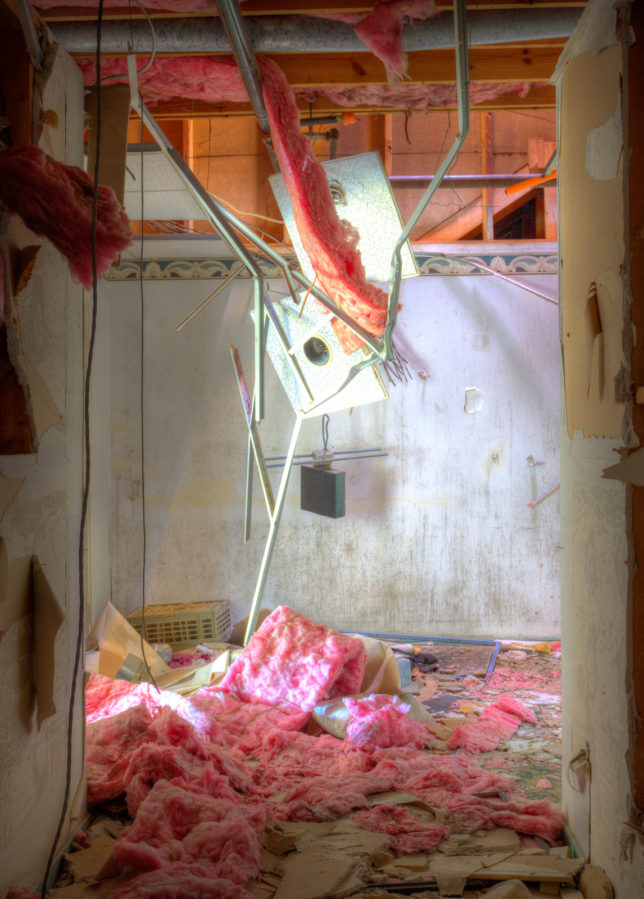 In 2009 an SEC-appointed receiver successfully sold the assets to 5800 Harbour Lane LLC, a subsidiary of Washington, D.C.-based developer Holladay Corp., subject to the securing of a clean title through a foreclosure. That last little bit took almost FIVE YEARS. All the while, the Brandermill Inn and Conference Center (along with its associated infrastructure) sat abandoned, subject to the vagaries of vagrants, vandals and vermin. 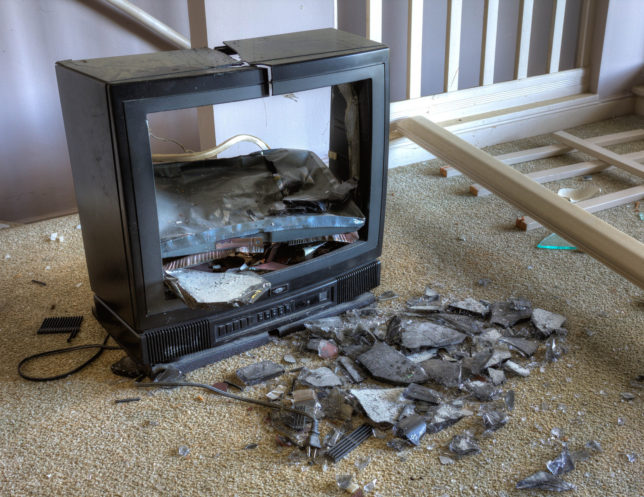 When the foreclosure fiasco was finally settled in March of 2014, Holladay Corp. announced plans to demolish the Brandermill Inn and Conference Center and erect a senior assisted living facility on the site. Urbex explorer and photographer Joel Handwerk of Lithium Photo managed to visit the shockingly deteriorated, 60-room facility shortly before the announcement, thereby preserving its state of post-apocalyptic devastation for posterity.. 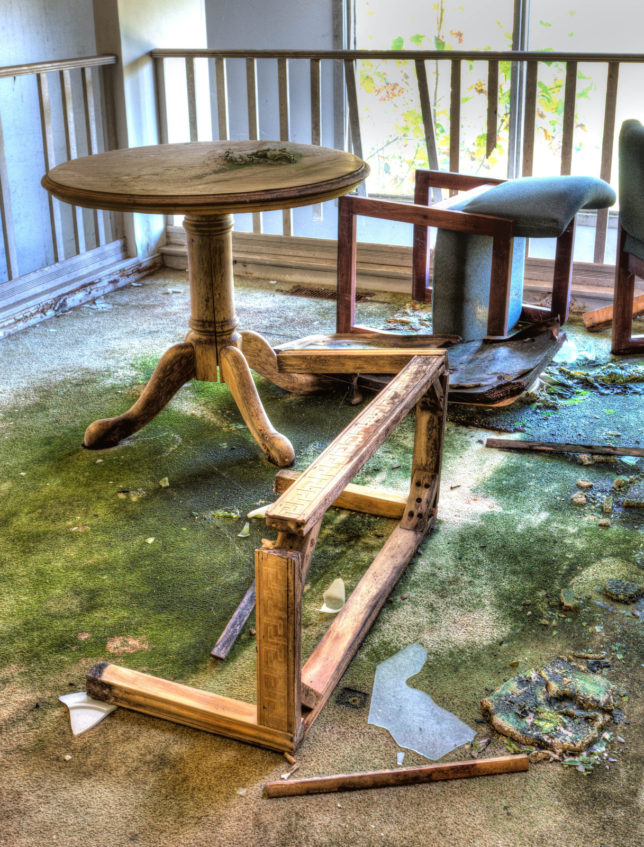 “Compared to many of the buildings I have photographed, this one is surprisingly modern,” explained Handwerk. “The decorations are straight out of the 1990’s. The hallways have significant ceiling damage, with insulation crumbling down all around.” Nice to know even this darkened cloud has its silver lining, if one is willing to look for it. 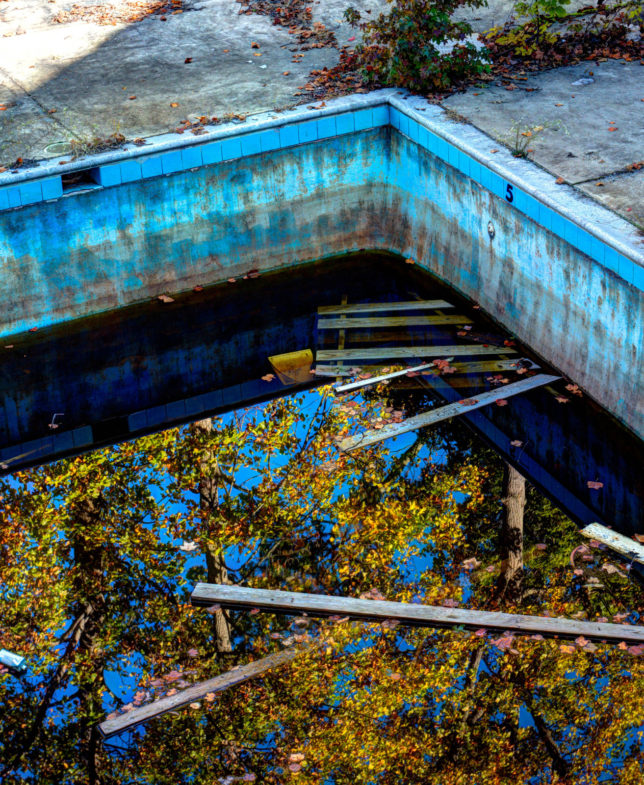 “The pool contains several years’ worth of grime and rainwater,” adds Handwerk. “Some of the rooms are surprisingly complete, while others have smashed televisions and significant mold accumulation on the walls.” So, pretty much like far too many existing senior assisted living facilities. Bring your own Bubba Ho-Tep.