No doubt these abandoned billiard parlors & snooker halls are in trouble… trouble with a capital “T” and that rhymes with “P” and that stands for pool! 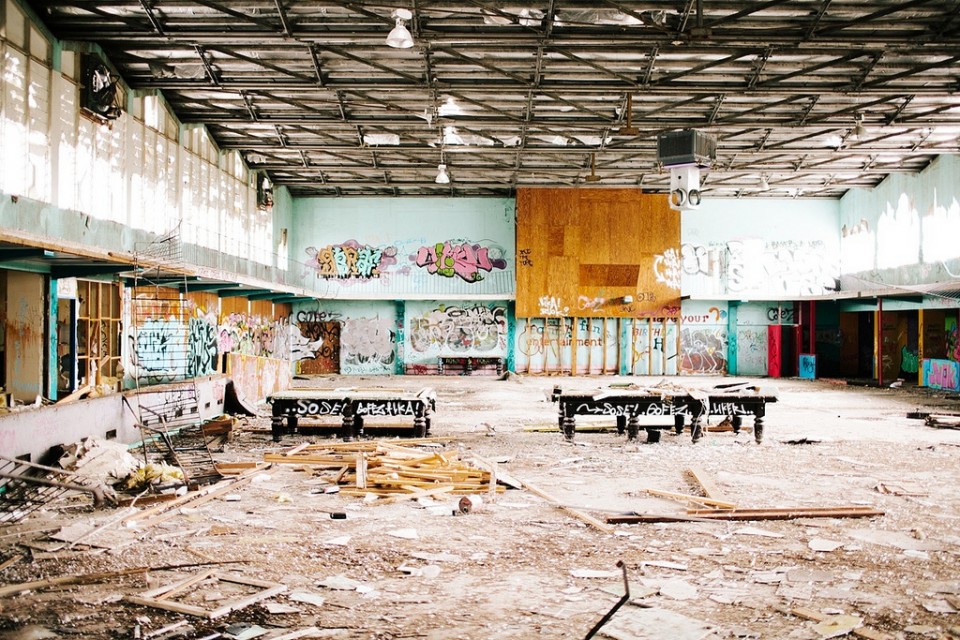 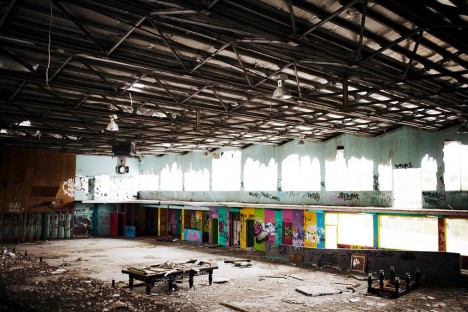 The Thien Tien pool hall in Inala, Australia may have had a “grand” opening but it seems the good times didn’t last for long. Flickr user Feeeeeeee (burntfeather) photo-documented both the inside and the outside of the now-decrepit snooker hall on October 28th of 2012 and by the looks of it, vandals and graffiti artists have had plenty of time to rack, er, wreck the facility. 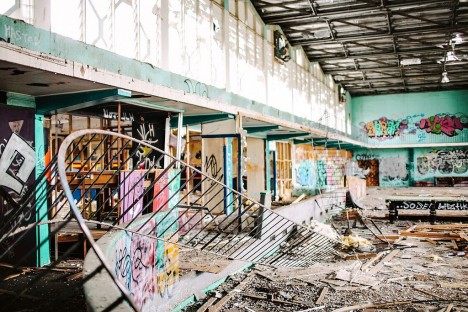 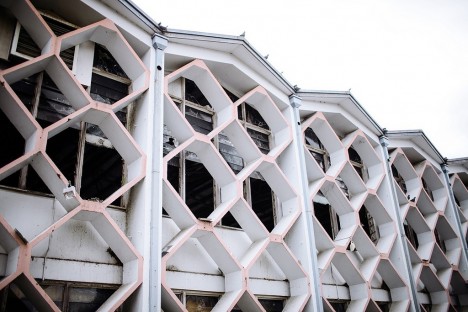 Inala, a suburb of Brisbane in Queensland, was established after the Second World War in response to a severe housing crisis. Homes and accompanying commercial/recreational buildings were constructed of local materials and reinforced concrete, which in the case of the Thien Tien pool hall resulted in some very attractive buildings. It’s a pity the vibrant, multicultural population of today’s Inala isn’t able to relaunch or repurpose this cool abandoned pool hall. 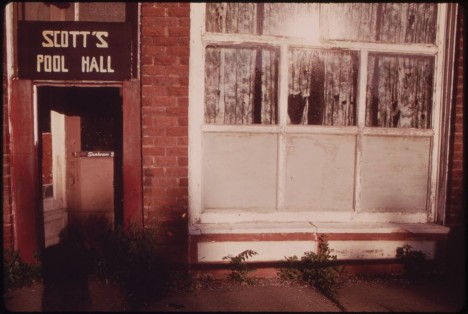 You’d have to go to George Costanza’s old bedroom at his parents’ house in Queens to find a pool parlor smaller than Scott’s Pool Hall in Middlegrove, Illinois. The image above is part of DOCUMERICA: The Environmental Protection Agency’s Program to Photographically Document Subjects of Environmental Concern. Perhaps the copious clouds of cigarette smoke emitted by countless pool sharks over the decades turned Scott’s into a Superfund site. 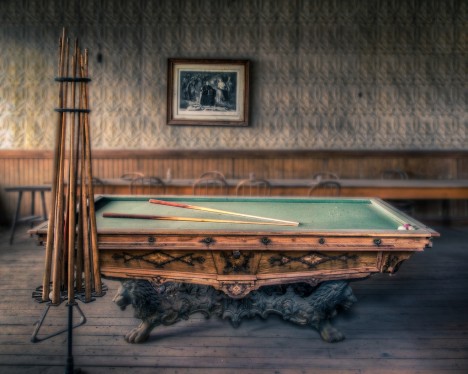 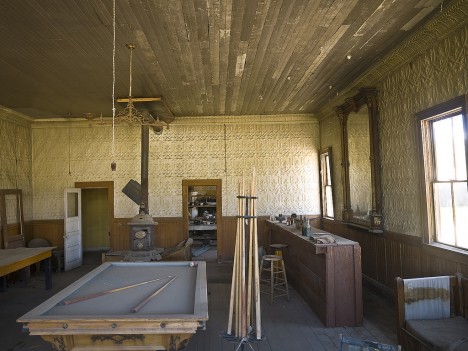 Check out these timeless shots of the abandoned Wheaton and Hollis Hotel & Pool Hall in Bodie, California – and dig that funky pool table! We say “timeless” because like most of Bodie’s buildings, the pool hall remains in a state of semi-suspended animation since the Mono County town officially became Bodie State Historic Park in 1962. 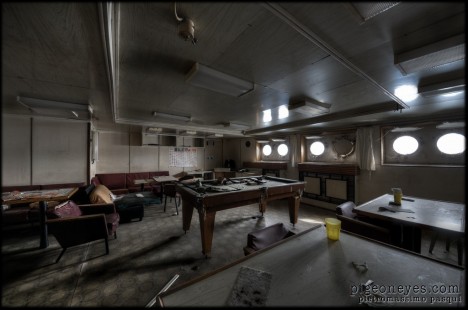 According to the photographer, Flickr user Pigeoneyes.com, this is a single-table “pool room” on board an abandoned Russian ship. Presumably the table was equipped with a sophisticated gyroscopic balance system or games were only played when the waters were mirror-calm.