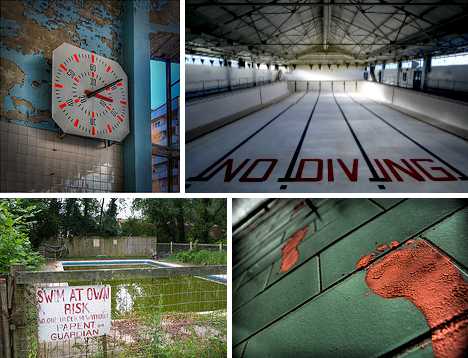 An abandoned swimming pool is kind of like a fish out of water in that, well, both are out of water. As far as pools go, their dry and empty aspect makes them seem exposed, naked, incomplete and bereft of purpose. Left high, dry and drained of liquid assets, these 12 abandoned swimming pools expose their bottoms for all to see. As one might expect, it’s not always a pretty sight. 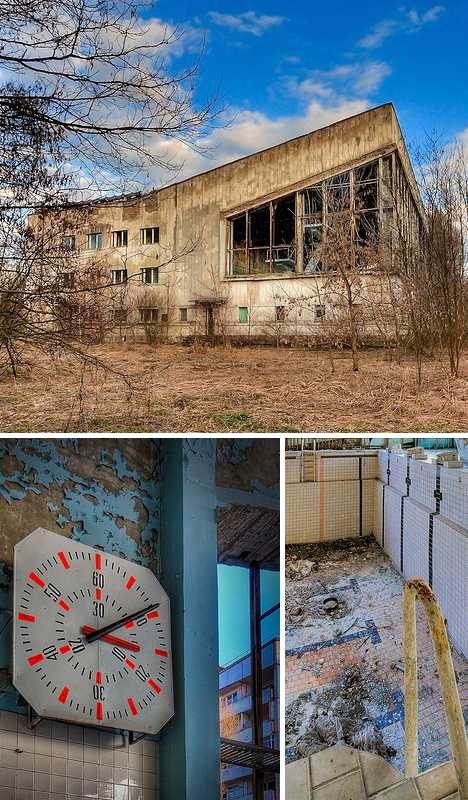 The irradiated ghost town of Pripyat is chock full of abandonments for one simple reason: the 1986 Chernobyl disaster destroyed the town without harming any of its structures. The fate of its people are another story altogether. Swimming Pool Building 1, highlighted here, is the largest of Pripyat’s public indoor pools. 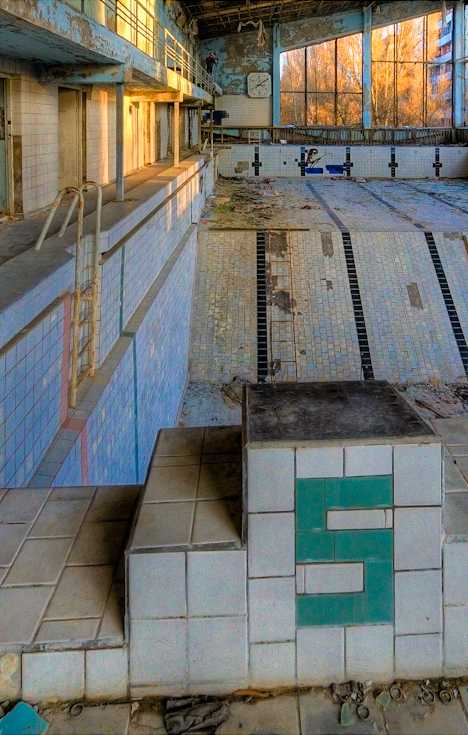 Before 1986 this pool must have been a lovely place to hang out with friends and family. Attractive styling, generous windows and modern conveniences served to please anyone from casual leisure swimmers to aspiring Olympians with their eyes on the prize. Kudos to Timm Suess for capturing this eerie echoing abandoned pool in the prime of its radioactive afterlife. 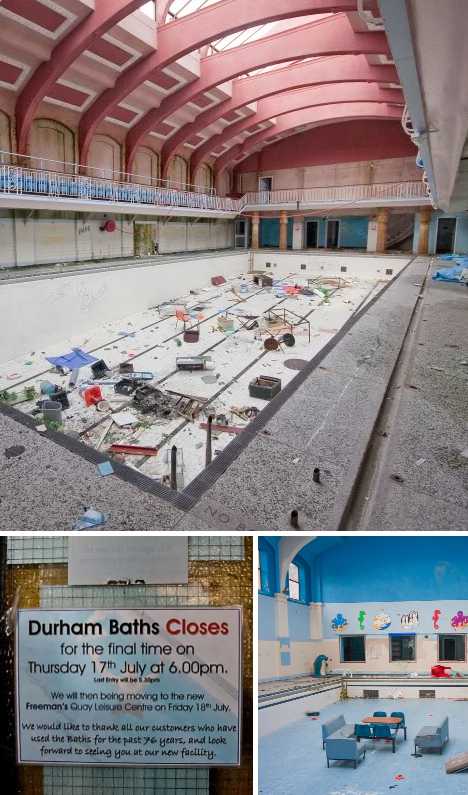 The mood of the Great Depression in northeastern England lightened a little when on September 28th, 1932, the Durham City Baths and Washhouses opened. The 75ft by 30ft main pool was overlooked by viewing balconies with wrought iron railings decorated with seahorse, dolphin and waterspout designs. Overhead, a striking arch-ribbed roof featuring a central greenhouse let in natural light. The townspeople of Durham enjoyed their pool for 76 years before it finally closed for good in 2008. 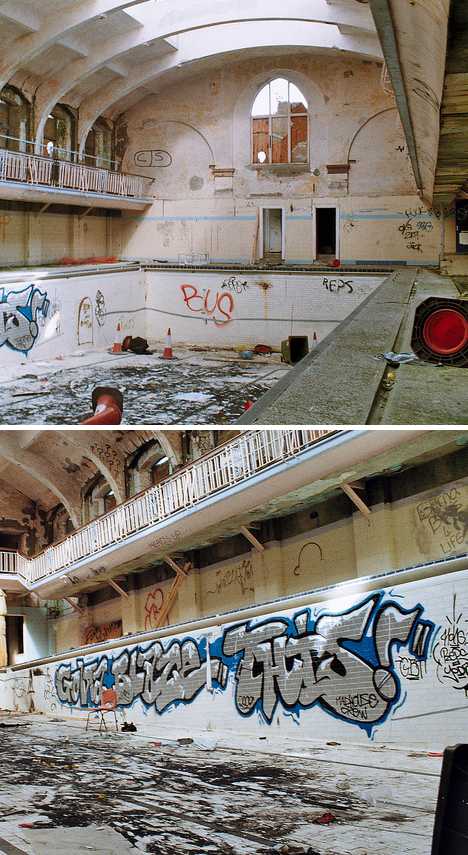 Plans to demolish the pool and its associated facilities were put on hold due to the 2008-09 financial crisis and subsequent recession. In the meantime, vandals and graffiti “artists” have put their inimitable stamp on the pool. Note the difference between the relatively unmarred pool at top and the later, trashed version above documented four years later in March 2012. 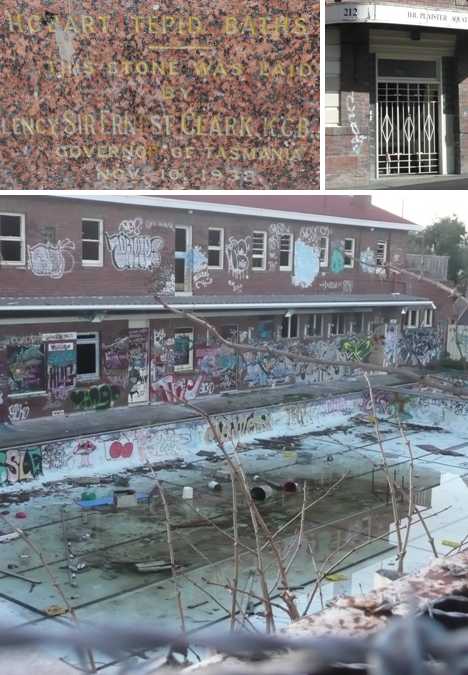 Originally the Hobart Tepid Baths, this all-season, heated facility was opened by the governor or Tasmania on November 10th, 1938. The complex was known as the Amateur House in the 1940s and it was finally renamed to D. R. Plaister Aquatic House in 1991 after Doug Plaister, the former Mayor of Hobart (1976 to 1984) who ran the local education department’s swimming program at the 55-yard-long pool. 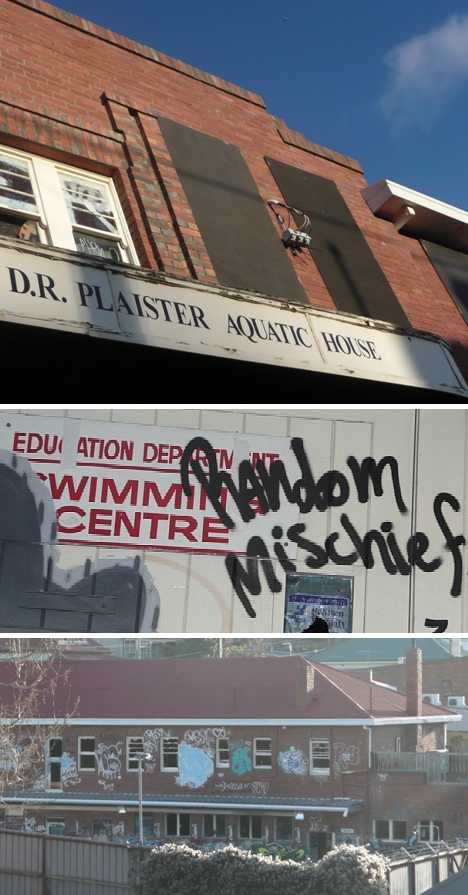 Now privately owned but in a terminal state of abuse and disuse, the complex is inhabited by squatters and the homeless with little or no security preventing unlawful trespass. The area is slated for redevelopment but it seems only the brickwork facade of the main building will be retained and preserved.

Clueless male model Derek Zoolander had a school for ants; Louisville’s Crescent Hill neighborhood has a swimming pool for worms. This exceptional image was captured by Flickr user Flickrized who snapped it on October 1st, 2007 using a Nikon D80 camera. While not technically abandoned, it’s pretty obvious no one will be practicing their backstroke here anytime soon. “No Diving” indeed.