Gurzuf, located in the Crimea just a few miles up the coast from Yalta, has one of the Ukraine’s most humid and tropical climates. If only there was a large public pool there so residents and guests could cool down when summer’s heat beats down… Well, they did at one time but those times have passed Gurzuf by in a big way. This unnamed and very blue pool is slowly but surely fading to gray as paint and tiles flake and fall away from the walls. A full range of diving boards – six in all – stand poised to receive the weight of swimmers who have gone for good, or at least gone to the nearby Black Sea coast where the deep end is a LOT deeper. A tip of the cap to Flickr user divine.visions for uncovering this quickly degenerating swimming and diving complex. 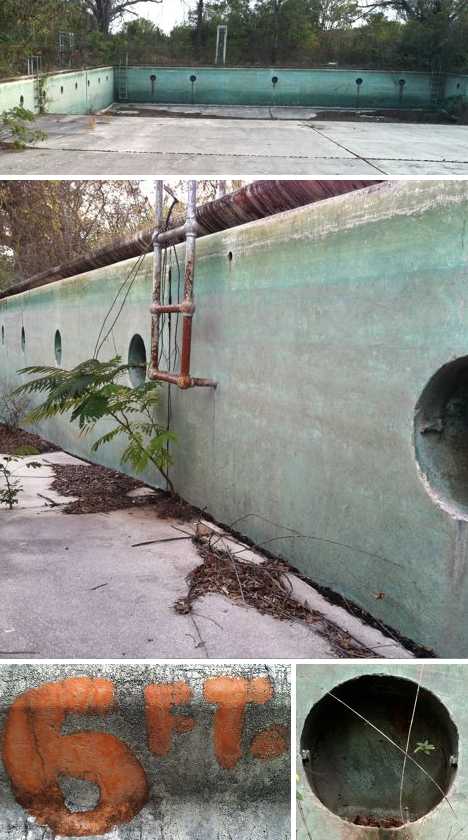 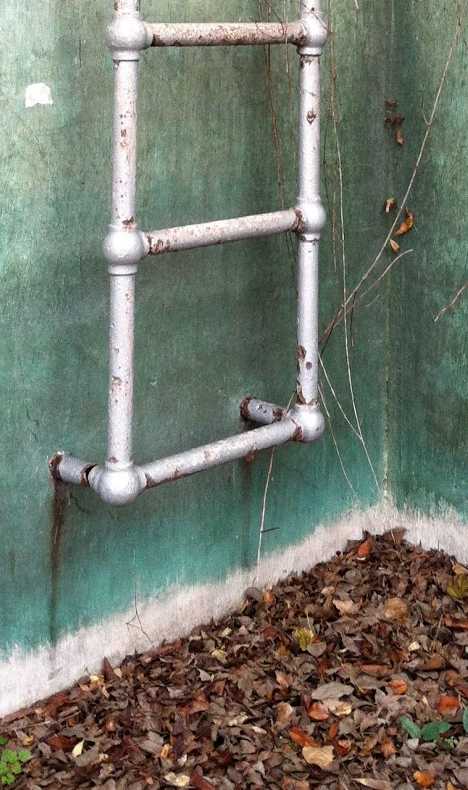 Langham captured these images with his iPhone camera so either this pool is even more gorgeous than it appears or Apple puts very good cameras in its iPhones. Those regularly spaced “portholes”, by the way, were once underwater spotlights that added to the pool’s style and grace back in the days it was operating. Nowadays they make it look sort of like a submarine turned inside-out. 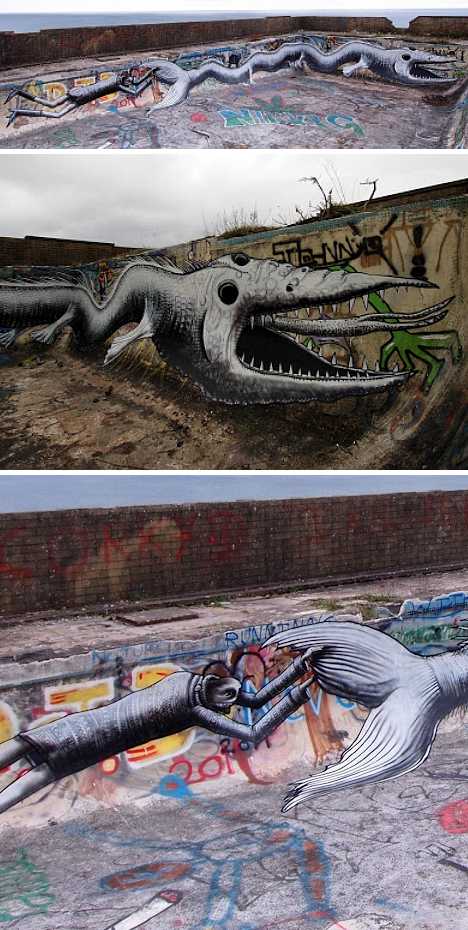 What was that we said about the scourge of graffiti? The artist currently known as Phlegm is in Banksy’s league as one of the world’s most insightful and appealing street artists, and his otherworldly sea monster in an abandoned pool on the UK’s Isle of Man shows what he can do on a good day. 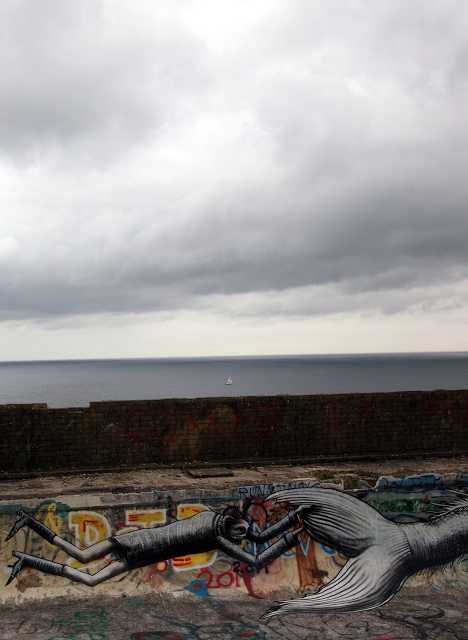 Thanks to Phlegm, the Isle of Man has another claim to fame besides being the home of tailless cats… though that’s not a bad thing to be famous for. Hopefully the owner of this pool, be they private or public, will ensure this otherwise unremarkable swimming pool becomes a very remarkable “pool of Phlegm” – really, it’s much nicer than it sounds. 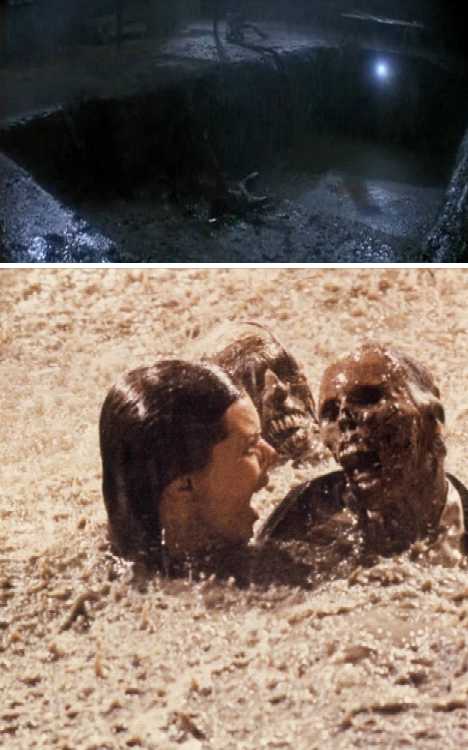 (images via: E.T.C. and Bloody Disgusting)

Last but not least, we’ll dip our toe in a fictional film swimming pool: the dreaded and deadly unfinished pool in the Freeling family’s back yard, which isn’t actually abandoned until later on. Need you ask why? As an aside that makes the extremely creepy Poltergeist that much more spooky, well-founded rumors have it that director Tobe Hooper and producer Steven Spielberg signed off on the use of real human skeletons for the spine-chilling swimming pool scene since they were cheaper than fabrications. You’d better believe JoBeth Williams did that scene in one take!