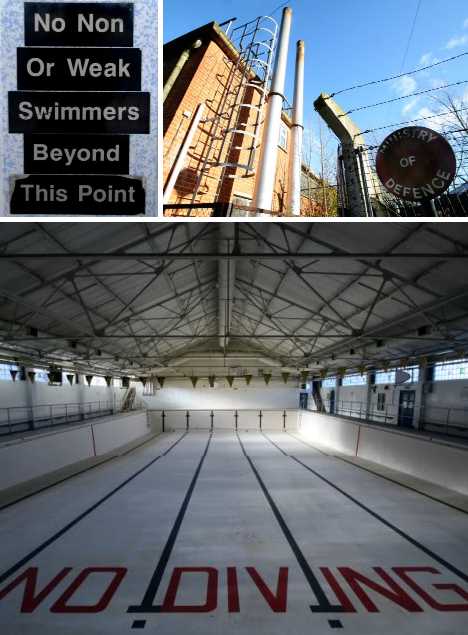 (images via: 28 Days Later and Slaterspeed)

Located east of London and famed as Great Britain’s oldest town, Colchester is home to the British Army’s 16th Air Assault Brigade and the Military Corrective Training Centre, the UK’s only military prison. Between 1998 to 2008, Colchester’s garrison area of the town underwent wholesale redevelopment with many former military facilities being closed, sold off and demolished. 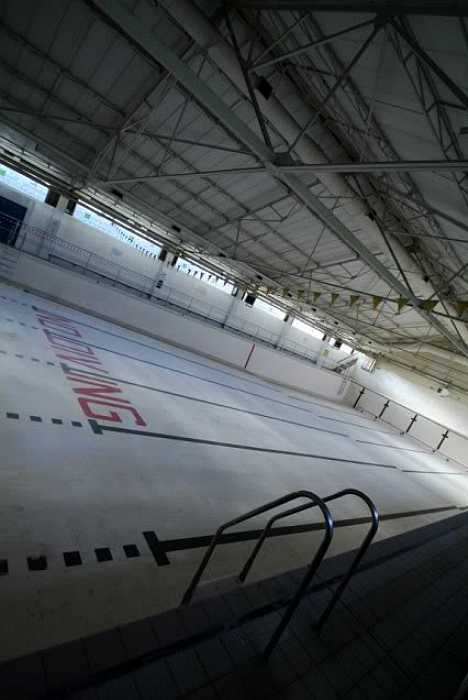 The old garrison swimming pool was among the aforementioned, and its status in a sort of limbo was documented photographically by the urban explorers at 28 Days Later in the spring of 2009. Perhaps the pool’s location in a military district near an army prison tended to put off less adventurous taggers, trashers and salvagers. 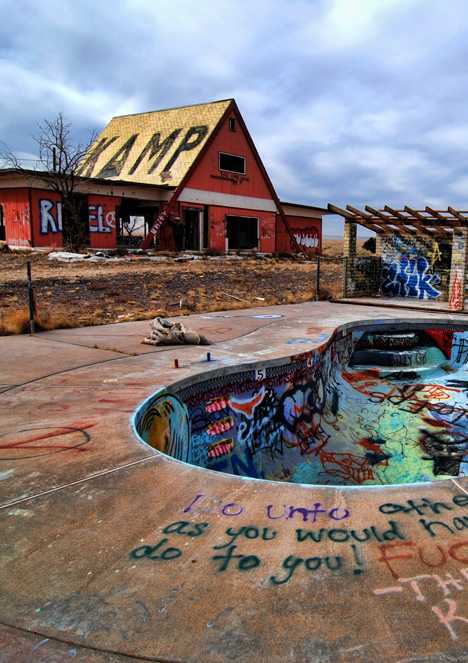 (image via: Adventures of a GoodMan)

Greg Goodman hardly expected to find a swimming pool in decrepit Two Guns, Arizona, but find one he did… and he wasn’t the first to do so. Even more mysterious is the number – unknown but assumedly large – of visitors who brought a full complement of colorful paints and brushes with them. The small swimming pool, though short on water, is filled to the brim with so much graffiti the original blue walls are having a tough time showing through. Guess it goes to show you, in Two Guns as in in anywhere, times are tough all over. 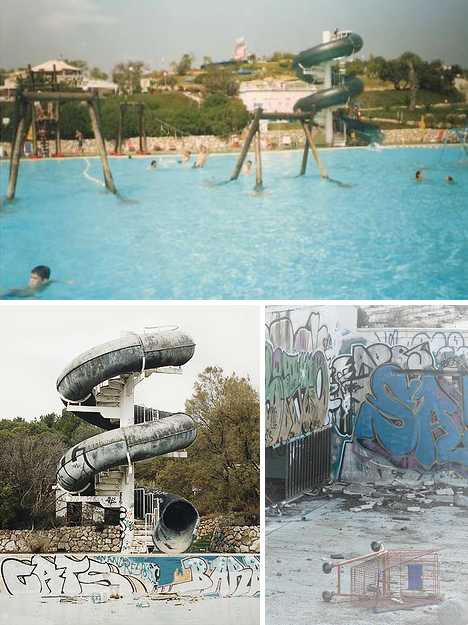 Paradise lost, or so it would seem. The image at top was taken in 1991 when Sitges Aquatic Paradise, located a few miles southwest of Barcelona, was up and running. Unfortunately however, Sitges is a town where grand ideas go to die – take the defunct Sitges Terramar auto racing course, for example. 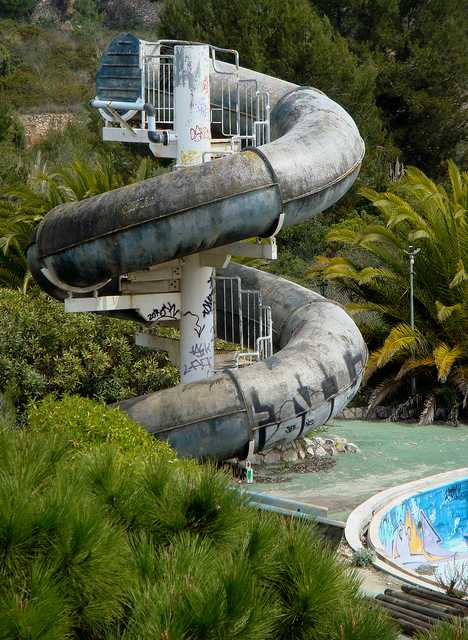 These days, the water park is more of a plant paradise and a spiraling ride down the water slide is sure to end badly. Unless, that is, you happen to be sliding on a a skateboard and ace the landing. 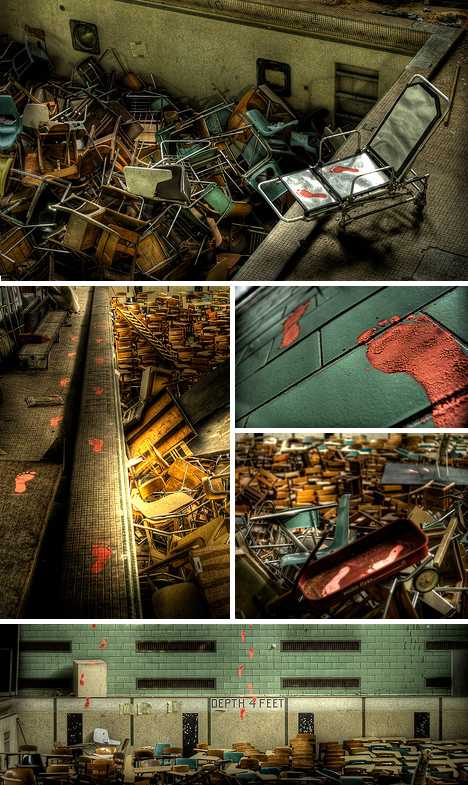 The 5-lane women’s swimming pool at the University of Rochester’s Merle Spurrier Gymnasium opened in 1955 and closed in 1982, which is when the fun really began. Once dry, the pool became a storage dump for hundreds of desks, chairs, desk/chair combos and one slightly out of place red Radio Flyer wagon, resulting in an extremely surreal scene to say the least. 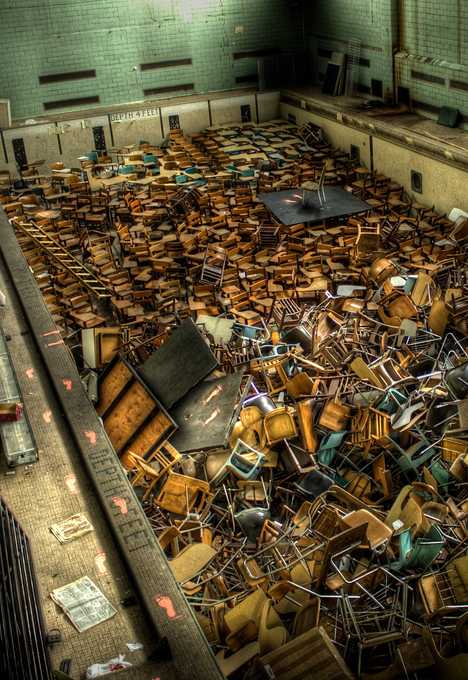 According to Chris Seward, the intrepid photographer who snapped these and other images of the furniture-filled pool for posterity, “It’s one of the eeriest, strangest places I’ve ever been.” No argument there Chris, though the trail of pink painted feet courtesy of an unknown and uncredited visual humorist adds a light and welcome touch of whimsy.