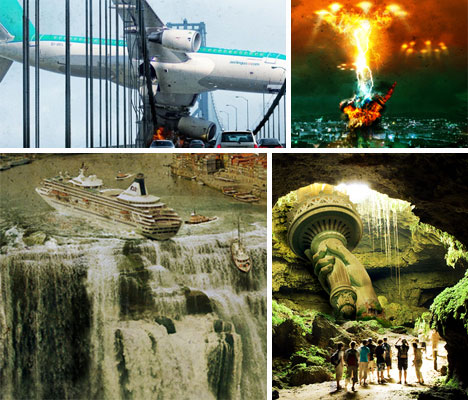 If you believe there’s beauty in destruction and a special kind of hope in disaster, Steve McGhee‘s art will speak to you. The Canadian illustrator’s imagination gives birth to tragedy, calamity, and adversity. These misadventures would be shockingly tragic if they ever actually occurred…but luckily for all of us, they only take place in McGhee’s mind. 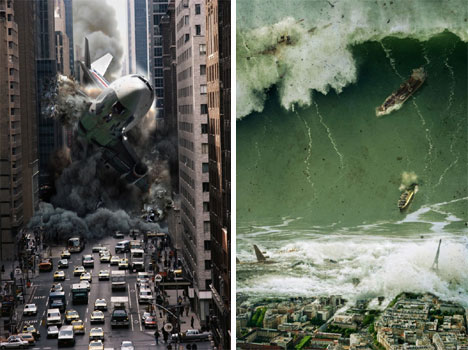 Born and raised in London, Ontario, McGhee knew from an early age that he was lucky enough to have natural artistic talent. After a rather disturbing phase of designing horrifying “torture houses” as a child, the artist turned to more benign forms of art, sketching superheroes and action figures. 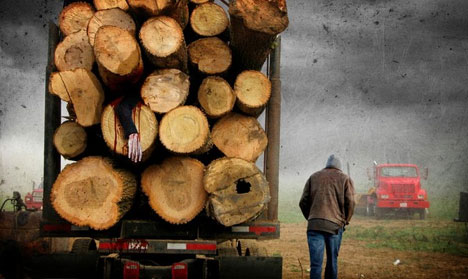 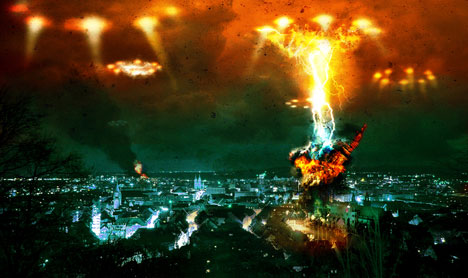 In college, McGhee tried out animation, but decided it wasn’t for him. He moved his focus to studying design and advertising, and it was in college that he developed his now-superb Photoshop skills. But rather than following the school’s schedule for learning the program, Steve simply sneaked into higher-level classes to learn at a faster rate. 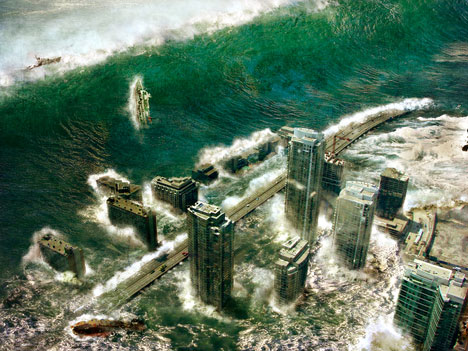 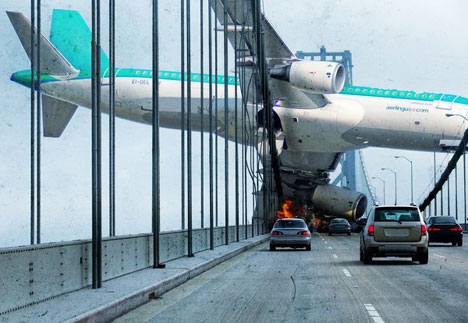 After college, McGhee found work in design and advertising, but he never lost his taste for the darker side of life. His professional work is high-quality, but he really shines in the art he creates just for fun. The personal work he posts on his website reflects the artist’s natural talent as well as the skills he’s acquired over his many years of working. 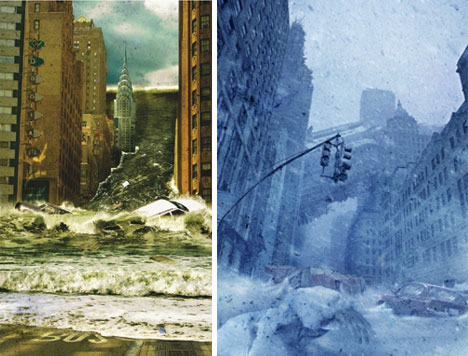 These personal pieces frequently focus on the darker side of life, on what can go wrong at any given moment. They are visions of the post-apocalyptic world, predictions for what might happen in our future, be it near or far. They’re the worst-case scenario, the things we hope will never actually happen. 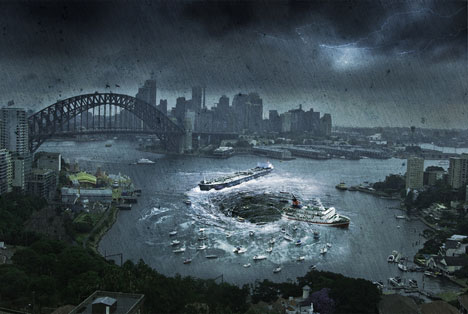 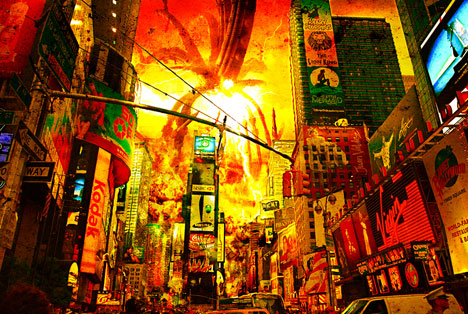 Why focus on the seemingly negative? Why spend so much energy creating art that only brings to mind the unpleasant things that most of us would rather not think about? McGhee’s answer is rather simple: it all has to do with the innocence that such tragedy can inspire. 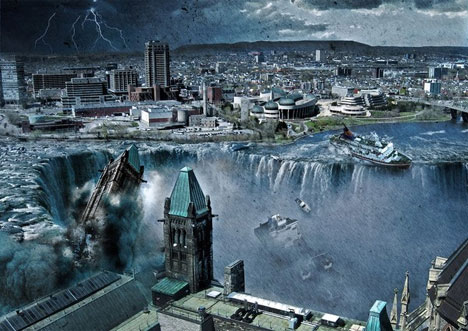 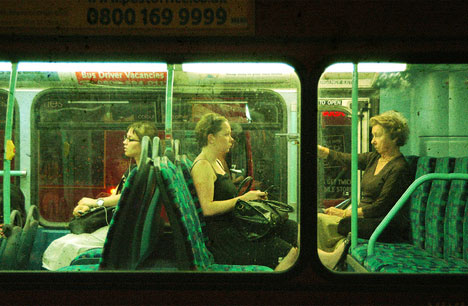 He brings up the days following the September 11 attacks: reporters ran out of words and were simply unable to say anything more than the pictures were already saying about the unspeakable tragedy unfolding before us. In the days surrounding the attacks, we all banded together in a sort of awed silence, letting our words be replaced with a strange fellowship most of us had never before experienced. We were returned to a primal state where all we wanted was comfort and reassurance. 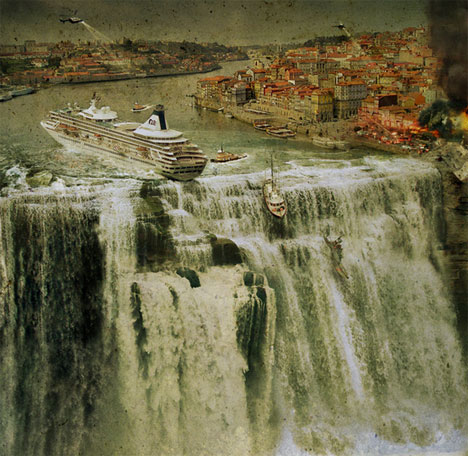 As an artist, McGhee hopes to inspire the same kind of innocent silence. His images of destruction aren’t particularly macabre or shocking; they simply depict moments of extremes that most of us will, thankfully, never have to live through. The digital paintings weren’t meant to inspire terror or even sadness. They are neutral speculative histories of imaginary disasters, meant to bring the viewer back to a primal state of mind where all we can do is observe. 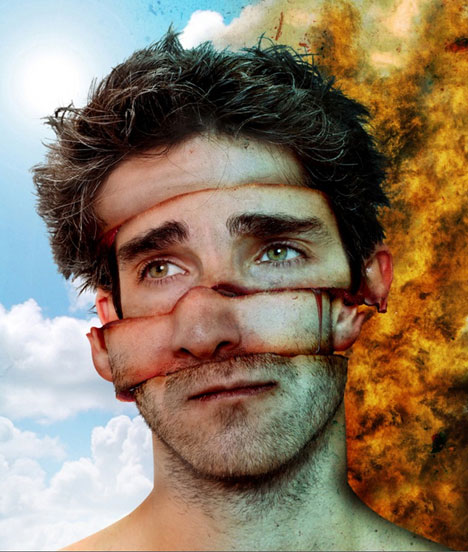 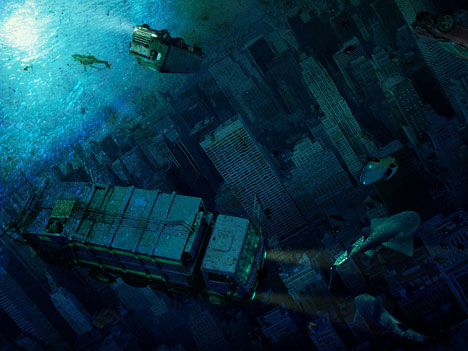 His inspiration, according to the artist, usually comes from simply imagining something awful. He composes a disaster in his mind and imagines how it would look on television news and in the newspapers. He strives to recapture that momentary sense of collective awe that, for better or worse, always seems to punctuate moments of tragedy. 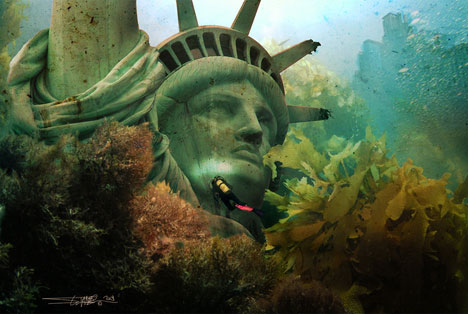 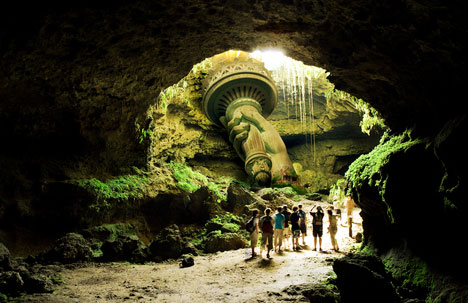 Of course, not all of McGhee’s art depicts the moment that the unthinkable happens. He creates a fair amount of art that shows the aftermath of awful things, but in a gentle and curious way. These post-apocalyptic pieces are perhaps even more arresting than those which show explosions, crashes and giant whirlpools; their matter-of-fact imagery speaks of the calm and rebirth that often follows those moments of unfathomable disaster.