A maze of staircases leads absolutely nowhere within a series of new hotel rooms at ‘The Other Place’ in China, nodding to artist MC Escher’s famous lithograph print entitled ‘Relativity.’ Shenzhen-based architecture firm Studio10 renovated the existing rooms at ‘The Other Place’ guesthouse in Guilin, giving half the rooms a ‘maze’ theme with deep forest green walls and the other half a ‘dream’ theme in soft pink and white. 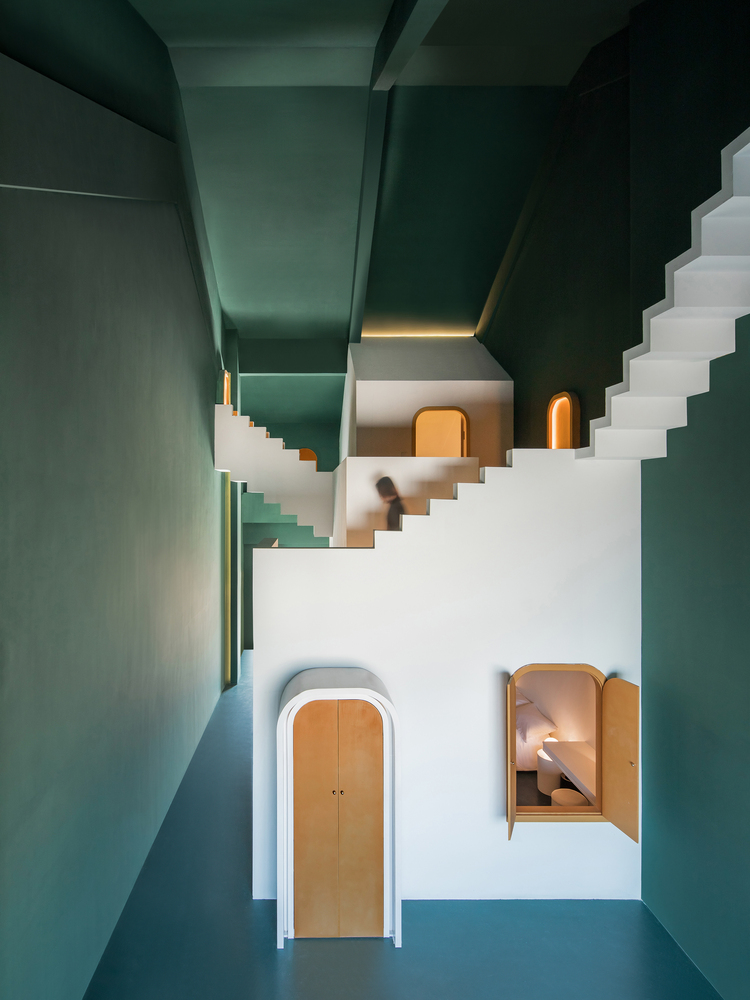 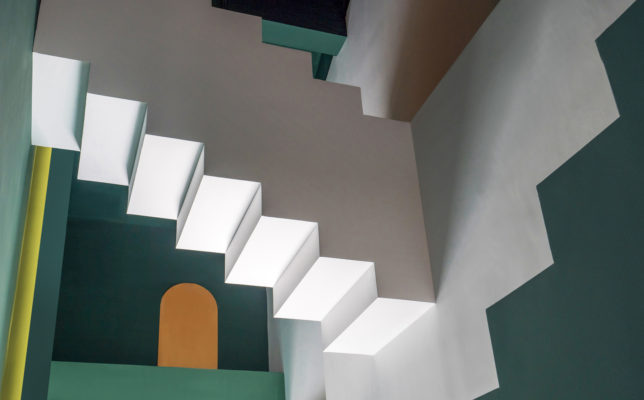 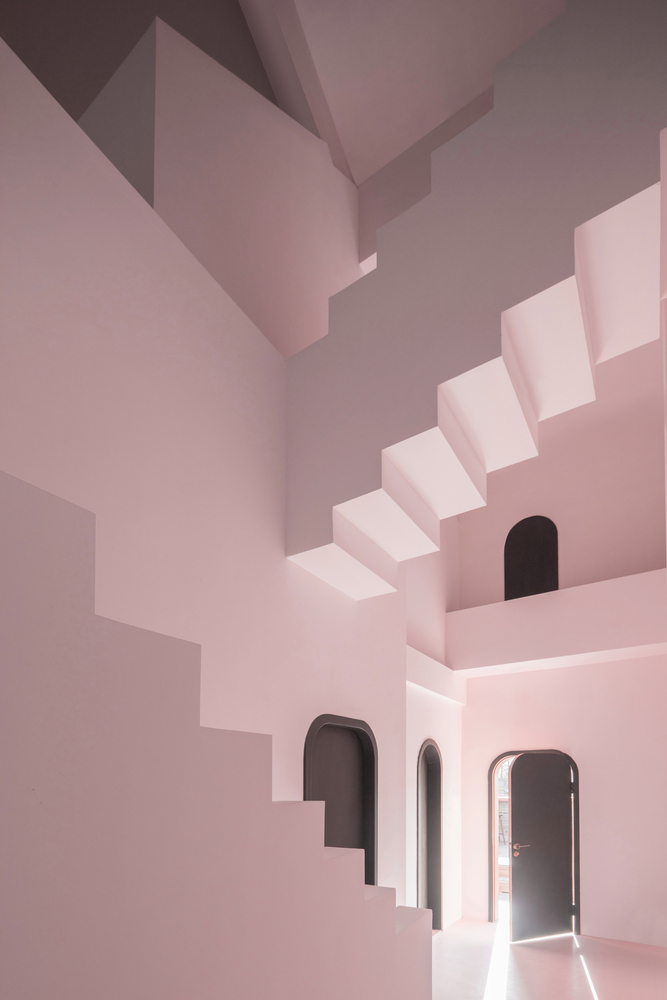 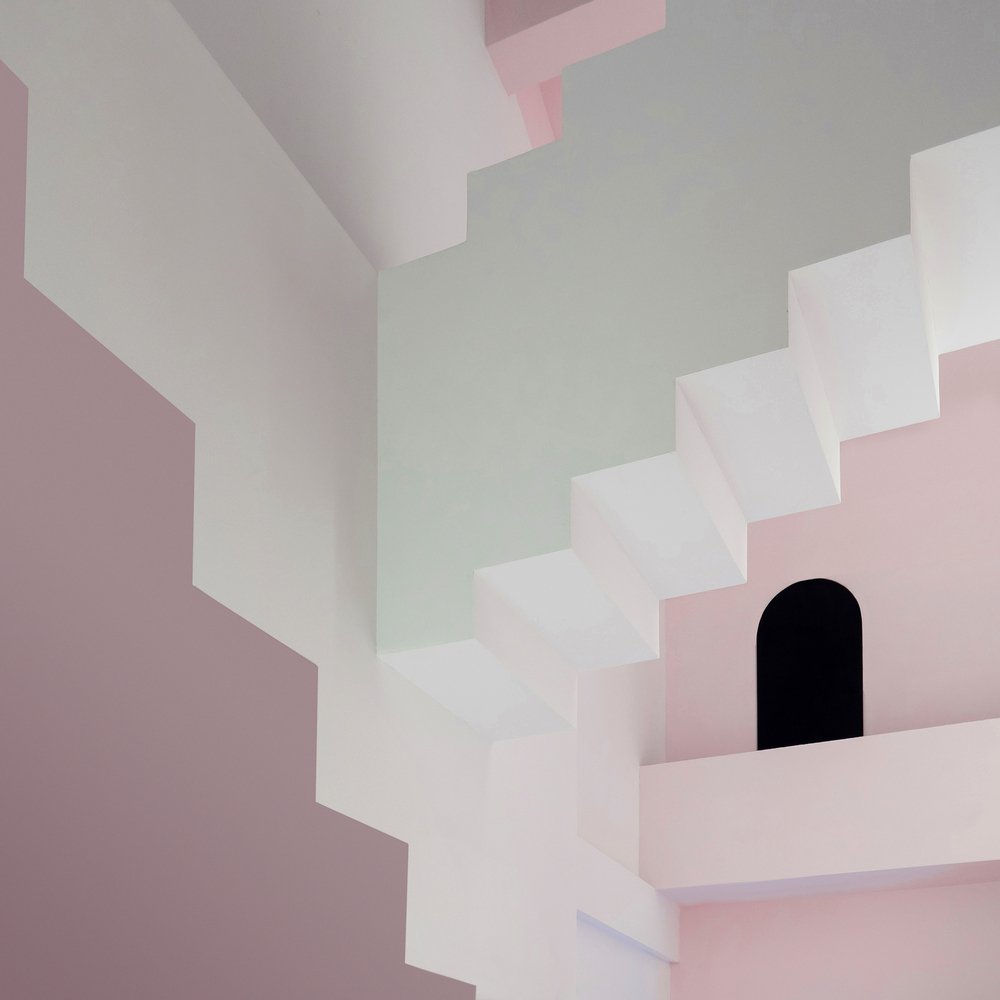 The surreal staircases stretch up the walls, taking advantage of the impressive ceiling height. Occasionally, there really is something at the end of them – a door, or a loft – though even the doors aren’t quite what they seem. Others just contribute to the graphic nature of the design, their undersides stepped as well to add to the optical illusions. The architects envision the design as a seamless transition from 2D to 3D. 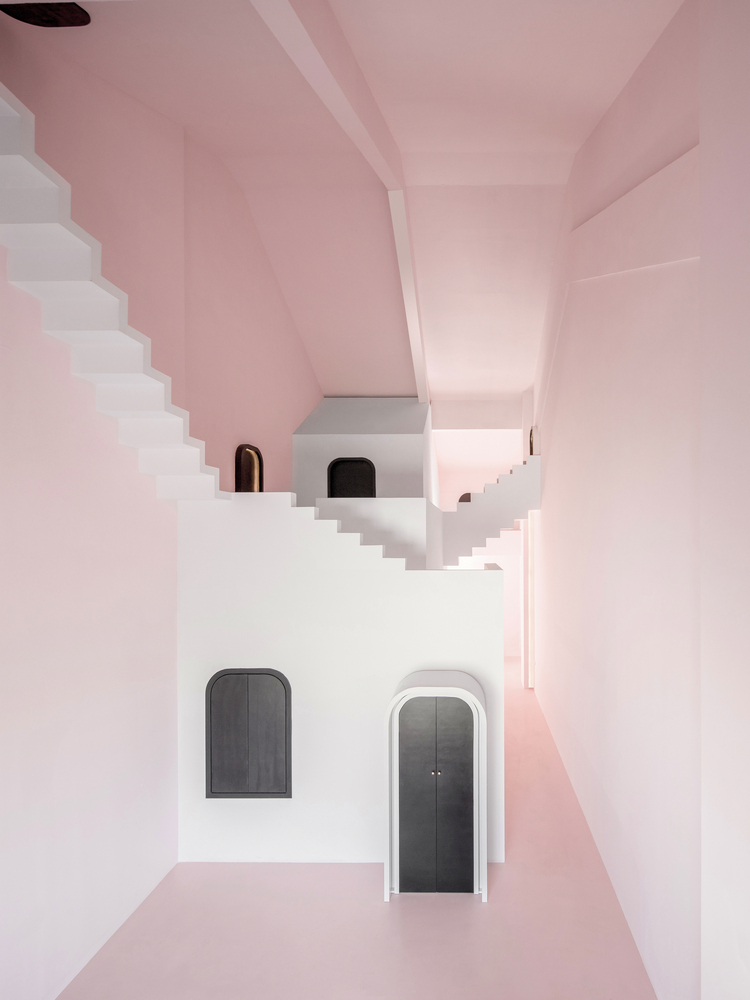 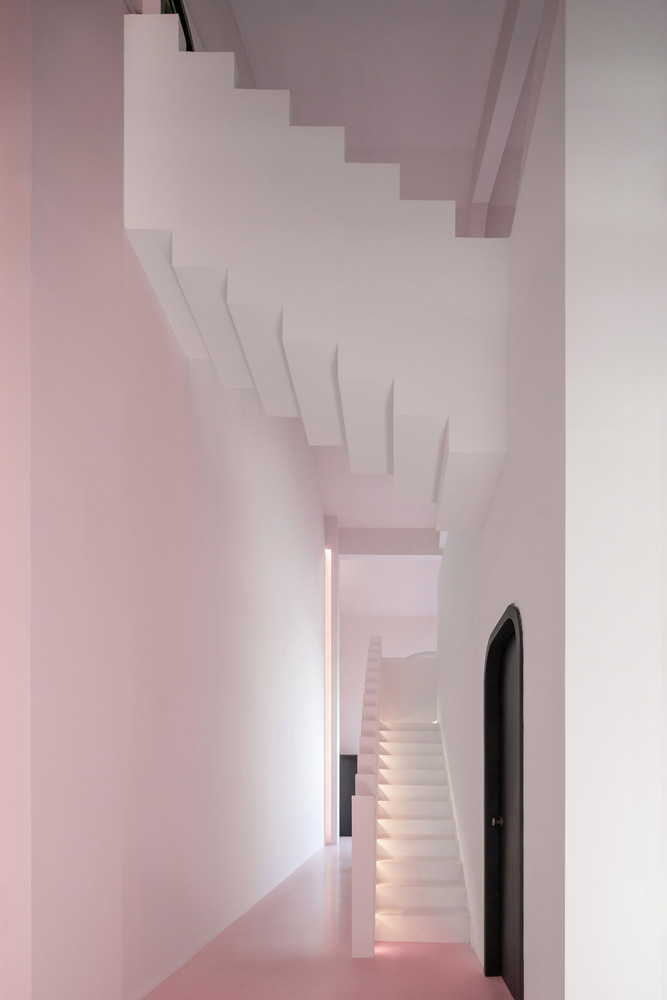 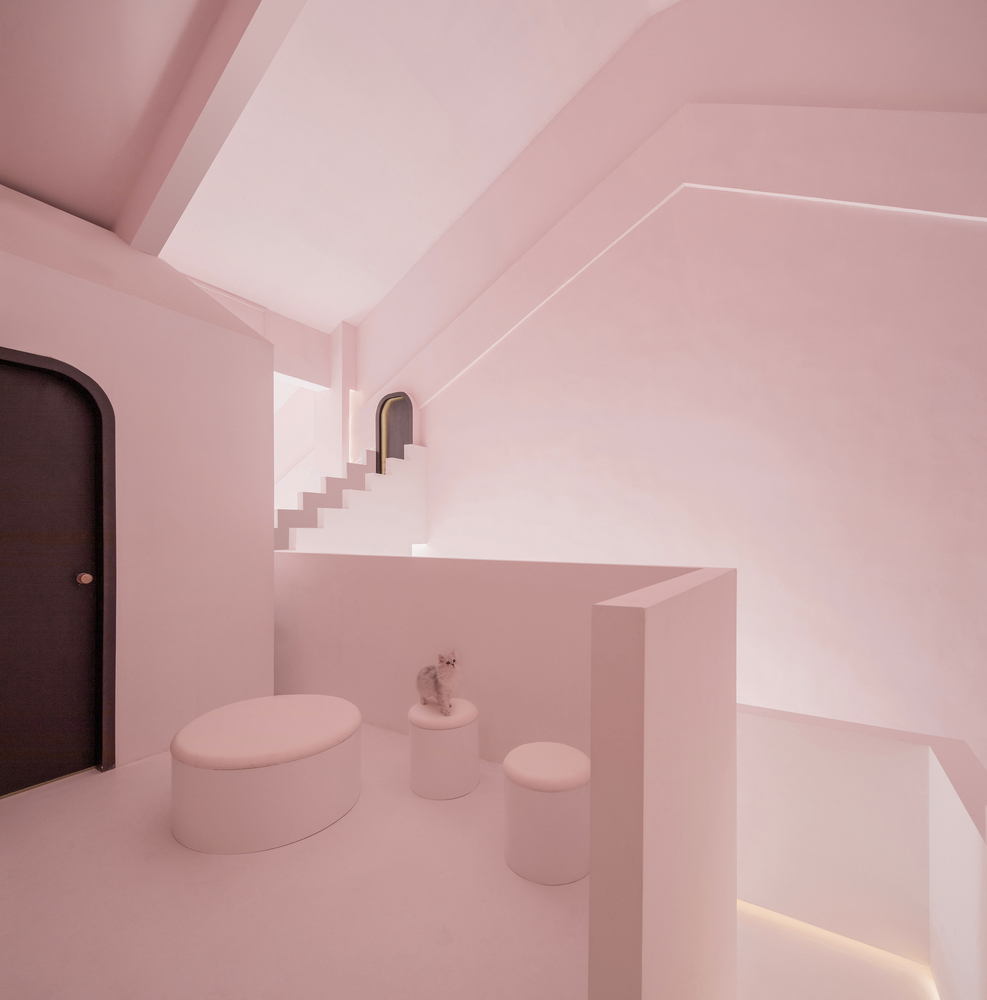 “All components from the reality world such as lighting fixtures and electronic appliances have been concealed behind a series of black-painted doors, maintaining the pristine, chimerical nature of the space,” they say of the pink “dream” rooms.

“In the other forest-green-themed room, anti-gravitational stairs lead to golden doors, behind which there could be a trail leading to a secret forest – or some other unexpected findings that surprises you.” 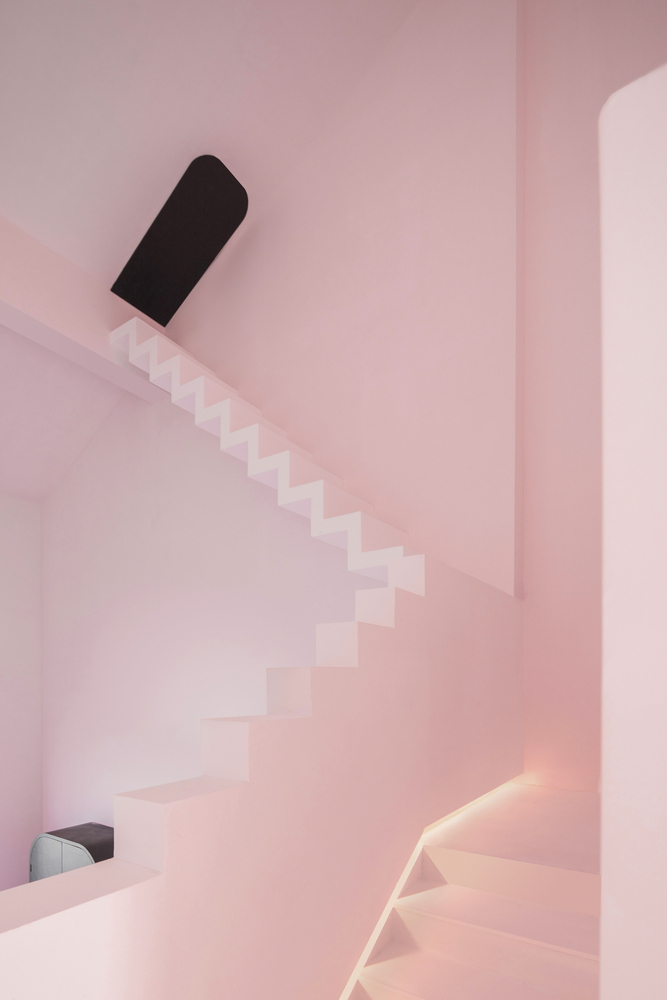 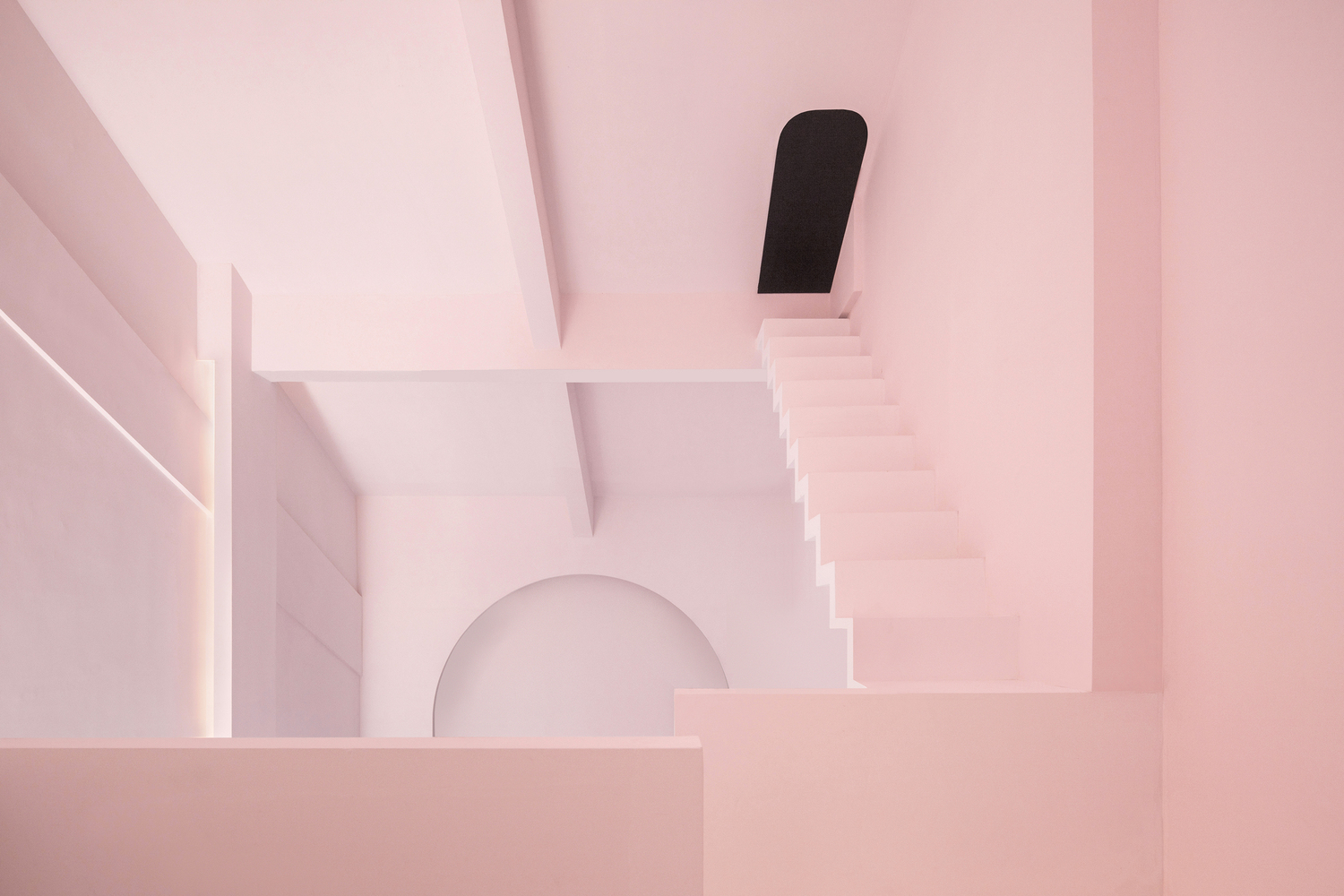 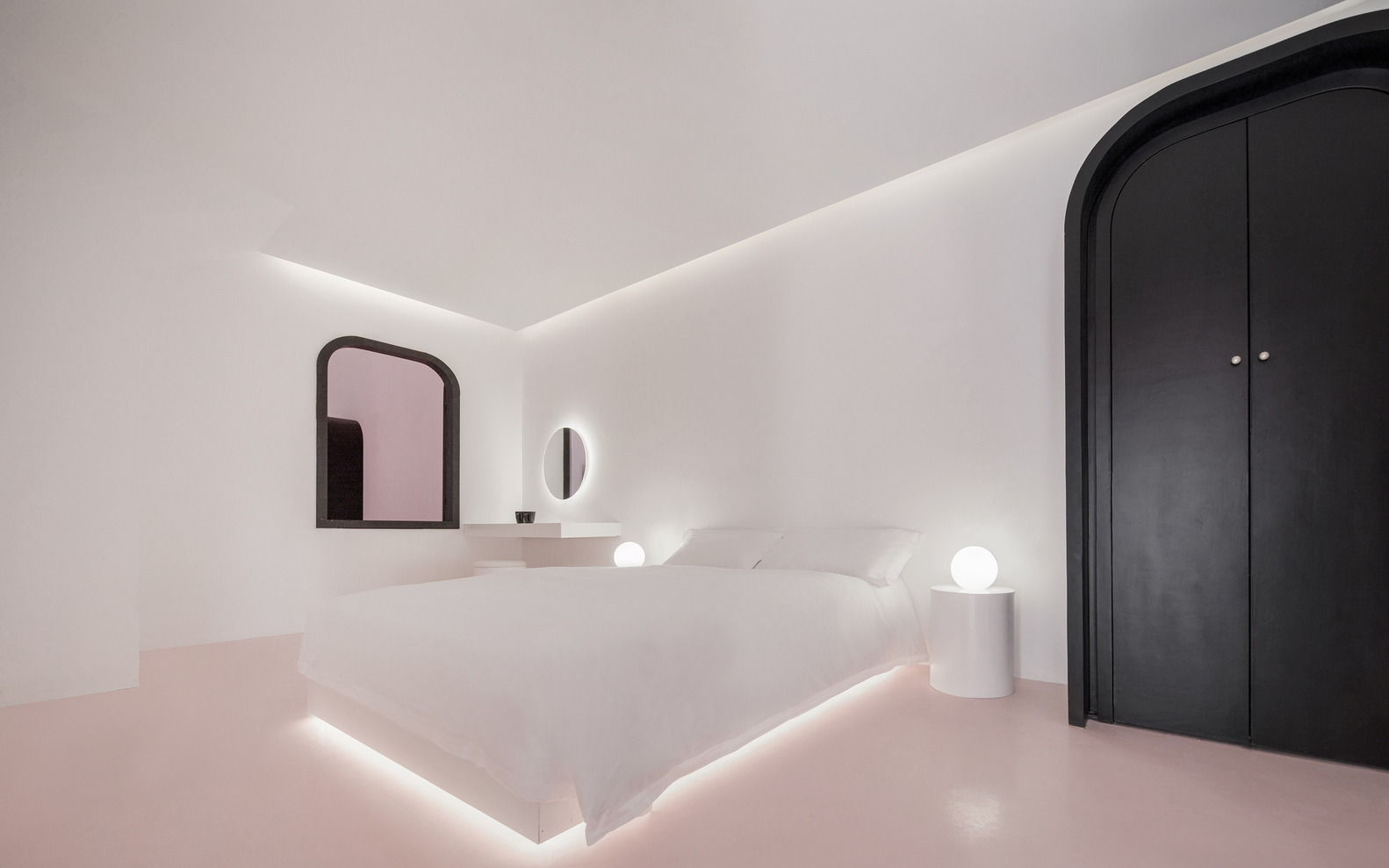 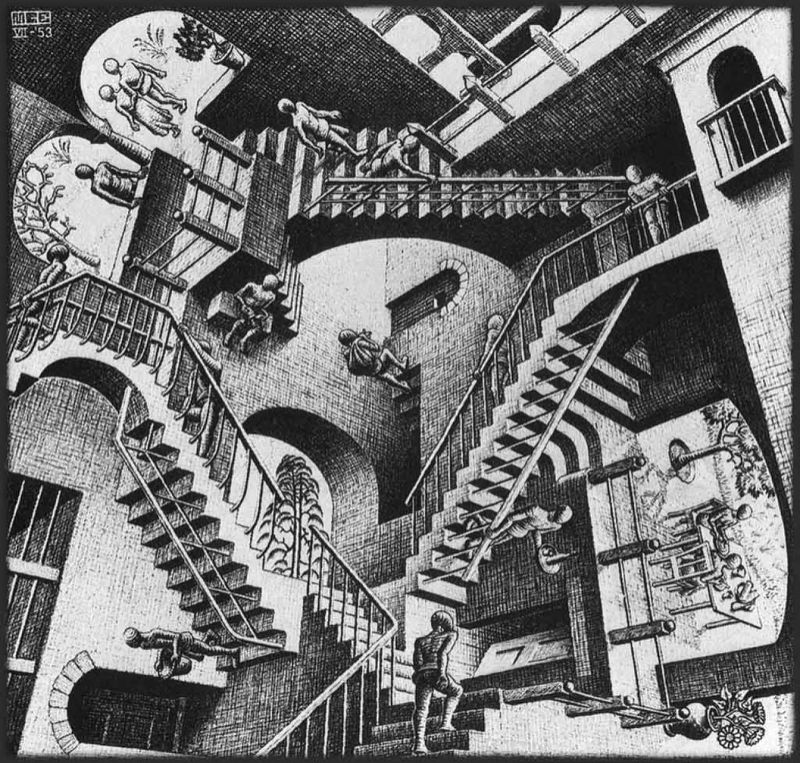 While no physical space can quite capture the strange, vertigo-inducing spatial confusion of Escher’s drawing, ‘The Other Place’ definitely honors the original in a way that’s instantly recognizable (and also evocative of La Muralla Roja by Ricardo Bofill.)