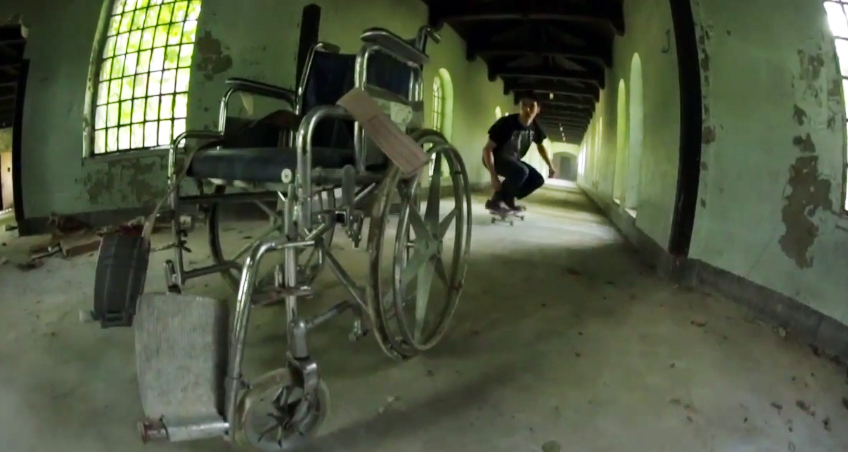 In place of the usual ramps, rails and pipes are busted wheelchairs, dusty bowling pins and gaping holes in wooden floors as skater Rob Miceli maneuvers his board through an abandoned psychiatric hospital in New York State. Miceli and fellow skater Sean Colello gained access to an unnamed facility (speculated to be the Pilgrim Psychiatric Center in Brentwood by Gawker) and filmed themselves using various rotting rooms of the hospital as one big skate park. 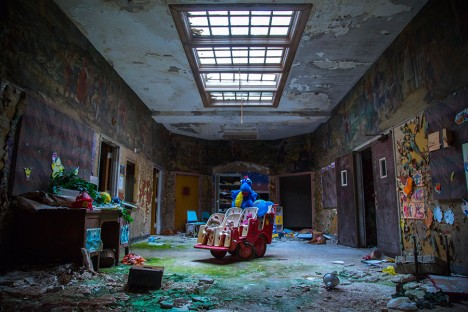 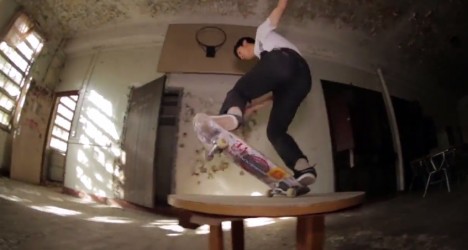 “Back in 1931 the center was thriving, but around World War 2 things started falling apart when unqualified workers took over for nurses who had to serve in the war,” Colello told Jenkem. “It wasn’t until the 1970s when they officially shut down a handful of the buildings on campus and they’ve just been rotting away ever since.” 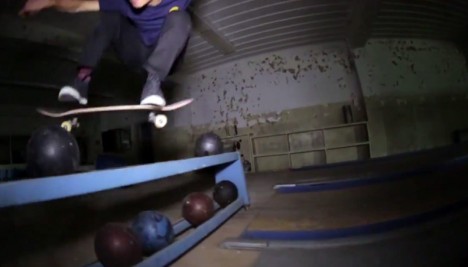 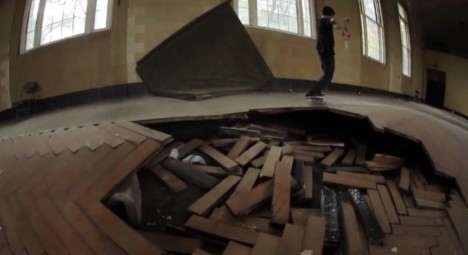 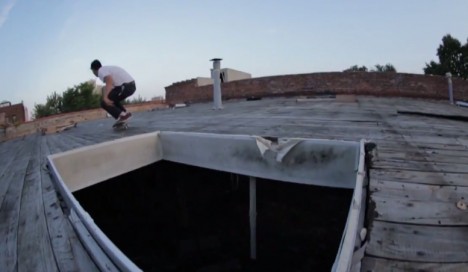 Colello reports that most of the buildings are so boarded up they’re virtually impossible to access, but once you find a way into one, you can access all of them through a network of underground tunnel. In the eerie video, the duo can be seen making their way through the dark, wet subterranean maze to find themselves in a bowling alley, a children’s playroom and a theater.