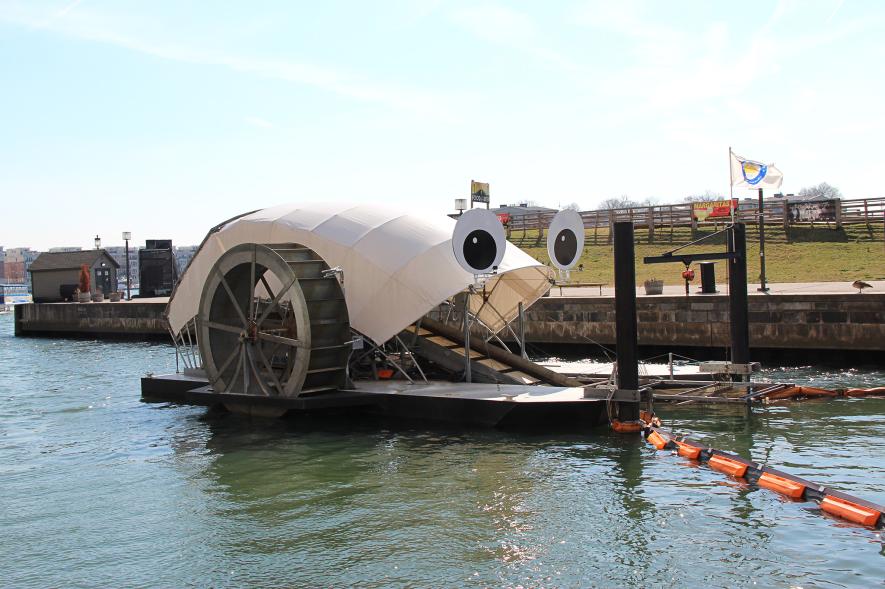 Plastic pollution is worse than ever, with scientists recently announcing horrific levels of micro plastics found in Arctic sea ice, but innovative new ways of cleaning it up may give us a sliver of hope in this fight. A familiar googly-eyed sight in Baltimore for years now, floating plastic-cleaning devices known as ‘Mr. Trash Wheel’ and ‘Professor Trash Wheel’ are set to spread to new cities. Meanwhile, an environmental startup called Urban Rivers is gamifying pollution cleanup with a remote trashbot anyone can control from the internet.

Created by John Kellet, Mr. Trash Wheel and Professor Trash Wheel are a pair of solar- and hydro-powered water wheels based in Baltimore’s Inner Harbor, collectively pulling millions of pounds of trash out of the water since they were first installed in 2014. Both designs feature ribbed white canopies that make them look like gigantic shellfish, an effect magnified by the addition of painted eyes. They’re operated as part of the Waterfront Partnership’s Healthy Harbor Initiative, and they’re so successful, people around the world are taking notice.

Each is capable of collecting up to 38,000 pounds of debris in a single day, sucking waste from the notoriously polluted harbor up a conveyer belt that leads to a dumpster barge. The collected material is then hauled away and separated by volunteers, with some of it incinerated to help produce electricity for the city of Baltimore. When the current isn’t strong enough to power them, the water wheels run on backup solar panel arrays. 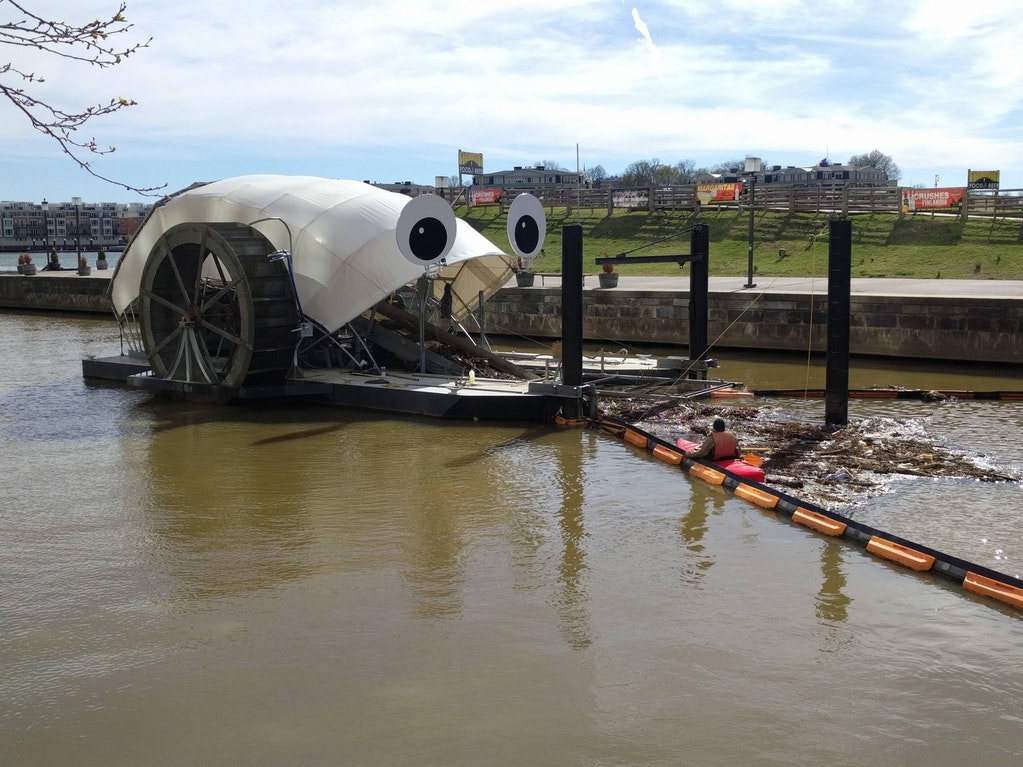 If you’re wondering whether the trash wheels have ever picked up unintended objects, the answer is yes – once it caught a python, and another time, it drew a kayaker into its current. 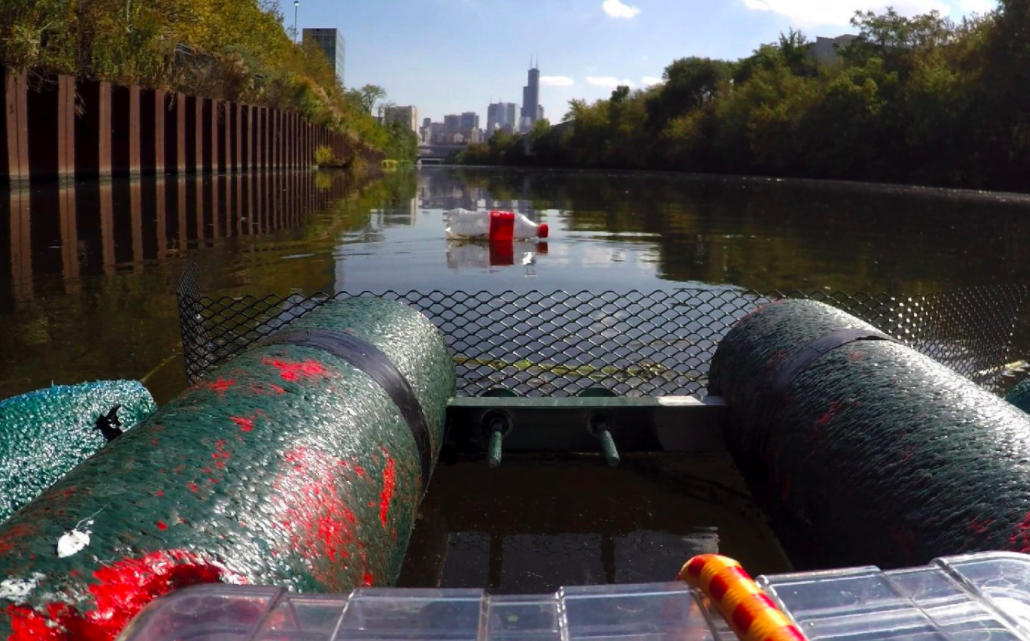 On a much smaller scale, but still pretty cool, Urban Rivers’ Trash Robot encourages mass participation in trash cleanup, even from your couch. Spend just a couple minutes piloting the bot from your computer, anywhere in the world, and you’ll be adding to a collective effort while having some fun. Players navigate the bot toward floating trash and get points for snagging as much litter as possible within a set time period.

According to its creators, the biggest challenge in maintaining this project is preventing vandalism and theft of the bots, which they attempt to control with GPS trackers. The Chicago-based nonprofit demonstrated the project in June 2017 and continues to raise funds for future expansions.