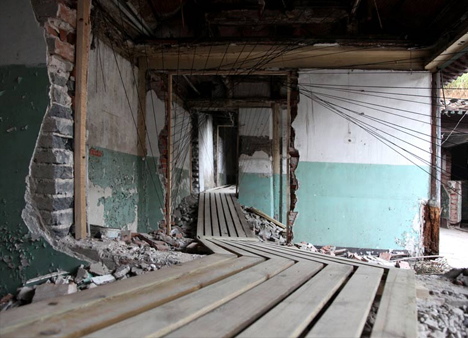 Acting as a minimalist and silent tour guide, lengths of black yarn were carefully suspended to direct guests along a route through the broken walls of a deserted series of tightly-packed structures in Beijing. 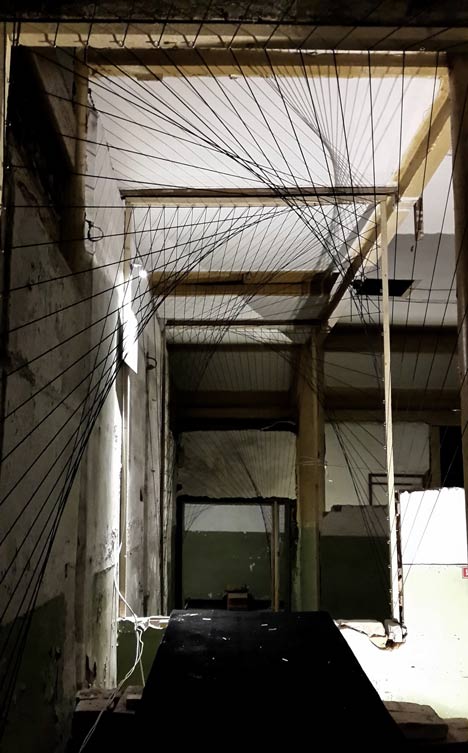 Crafted by reMIX Studio, the intervention was part of a pop-up restaurant experience in which the dinner space was placed at the end of a string of rooms in an abandoned building complex. 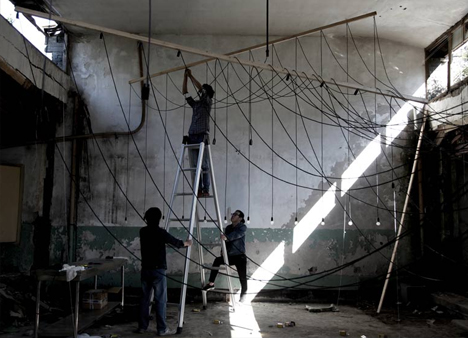 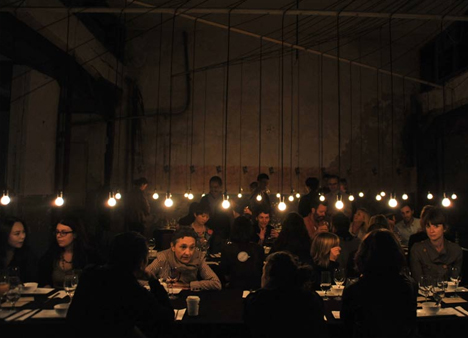 Reprising the same visual theme, ceiling-suspended lights in this dark dining room were suspended from thin black cord as well. 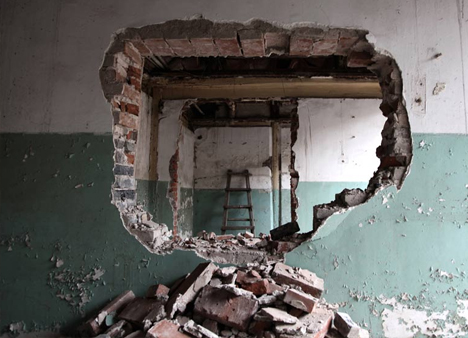 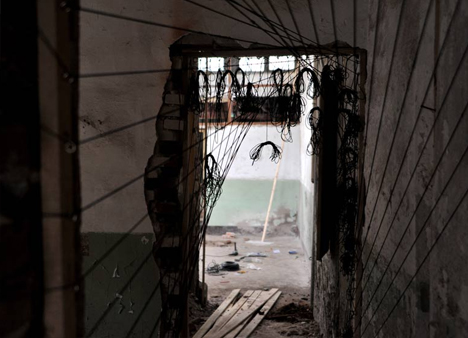 A modest wood-paneled path was constructed to thread the rubble and refuse of the structure, with parallel and intersecting spiderwebs of twine providing directional indications on the sides and above. 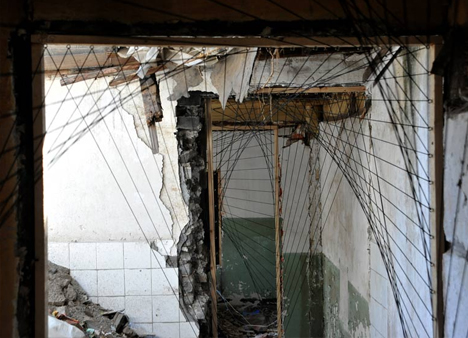 The direct trajectory was designed to take people through both interior and exterior spaces, small homes and their private courtyards. Bursting through walls, the journey exposes both the dwellings themselves and the materials of which they were made, giving visitors a unique perspective on the traditional dense Hutong neighborhoods of the city. 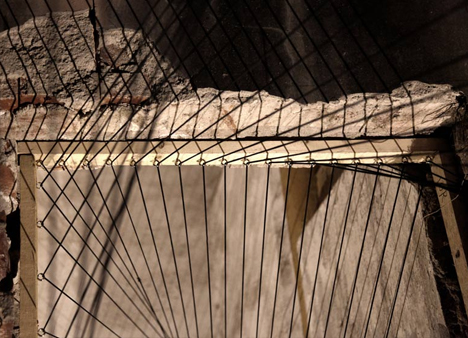 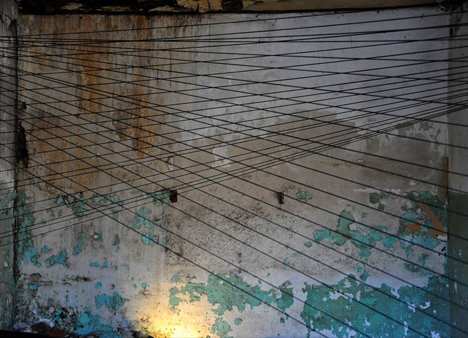 Of their work, the studio writes: “We propose a new connective path that reveals the existing building secrets and tunnelling throughout the architectural body it highlights in few observations points the quality and characteristics of the future intervention. The system of new portals is a succession of points of view that … forces the visitors into an unexpected journey; challenging [the] imagination.”