In Milan, the eyes and voices of immigrants, refugees and marginalized citizens take on a surprising form to interact with the public, telling people their stories. While drones are typically associated with surveillance, war and intrusion, here they become messengers in an attempt to cross cultural divides and encourage empathy.

Loro (Them), a live performance by New York-based, Poland-born artist Krzysztof Wodiczko, came to Italy for the first time on June 6-8, during Milan Photo Week, with support from non-profit public art organization More Art. The multimedia installation anthropomorphizes drones “to reclaim a broader conversation about technology’s relationship to humanity,” equipping them with screens that show only the eyes of people involved in the project. A megaphone-like mouth tells each person’s story as the drones fly at low altitude outside Milan’s Teatro Continuo Burri. 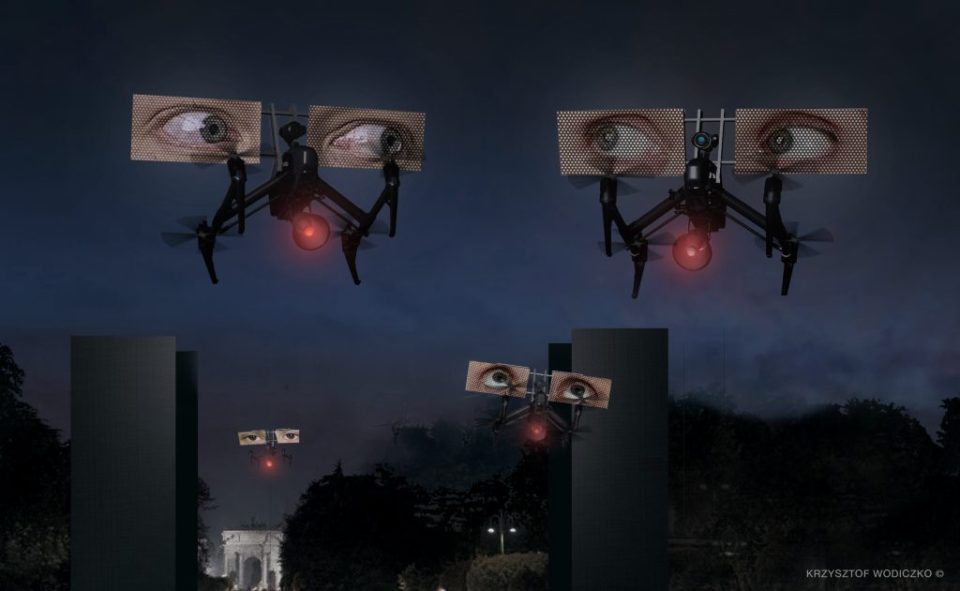 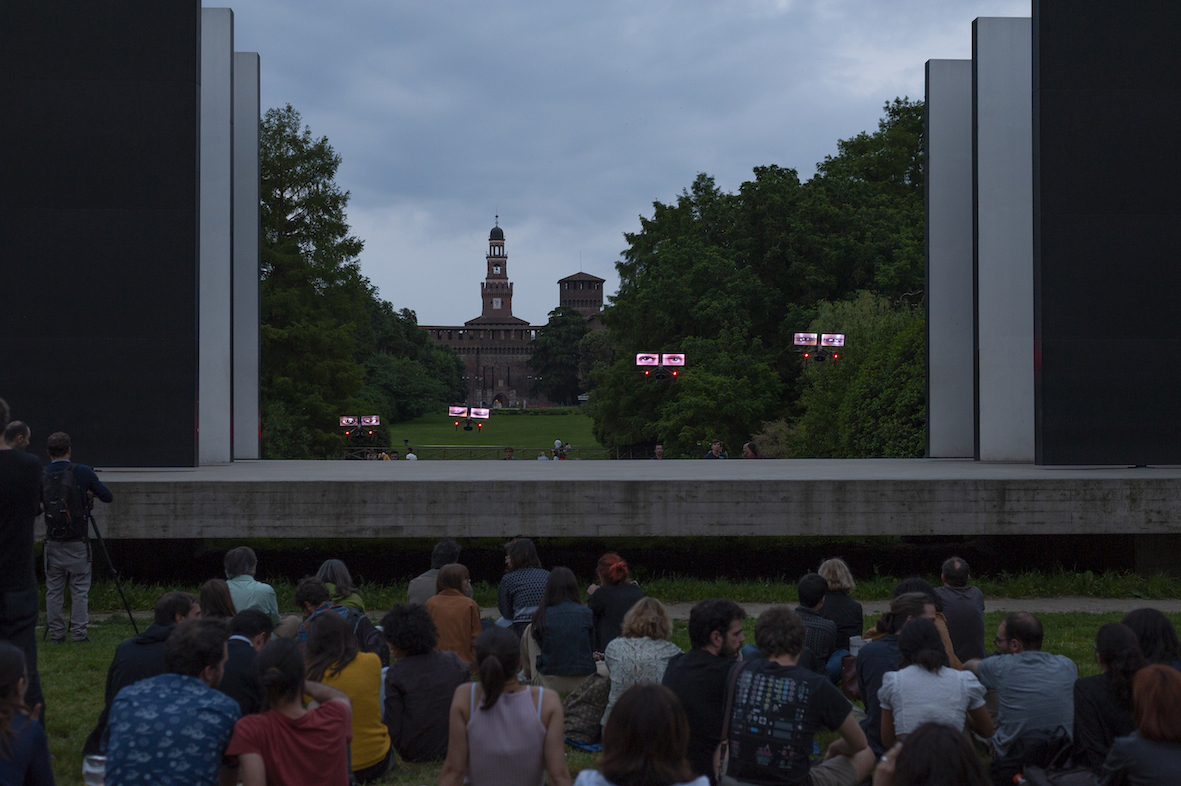 “Each drone represents a person, elaborating on the lived experience not only of immigration, but more generally of social and political marginalization, addressing highly topical issues such as cohabitation, citizenship, representation, and even hospitality. The title of the project Loro (Them) immediately emphasizes the distance that is created by those who are mistakenly considered different—highlighting the all too familiar ‘them’ vs. ‘us’ dichotomy. At the same time, the artist seeks to cancel this divisive space, putting audiences face to face, albeit virtually, with real stories and real individuals.”

For all their good intentions, the drones still have a bit of a disconcerting look to them, at least in the initial renderings, but they’re a tad less imposing in real life, as seen in this video by the Instytut Adama Mickiewicza. Whether there’s a disconnect between the stories of these so-called “invisible citizens” and the technology used to present them may depend on your personal view of drones. If you find them creepy, do you think that view would ease at all when they’re humanized like this? 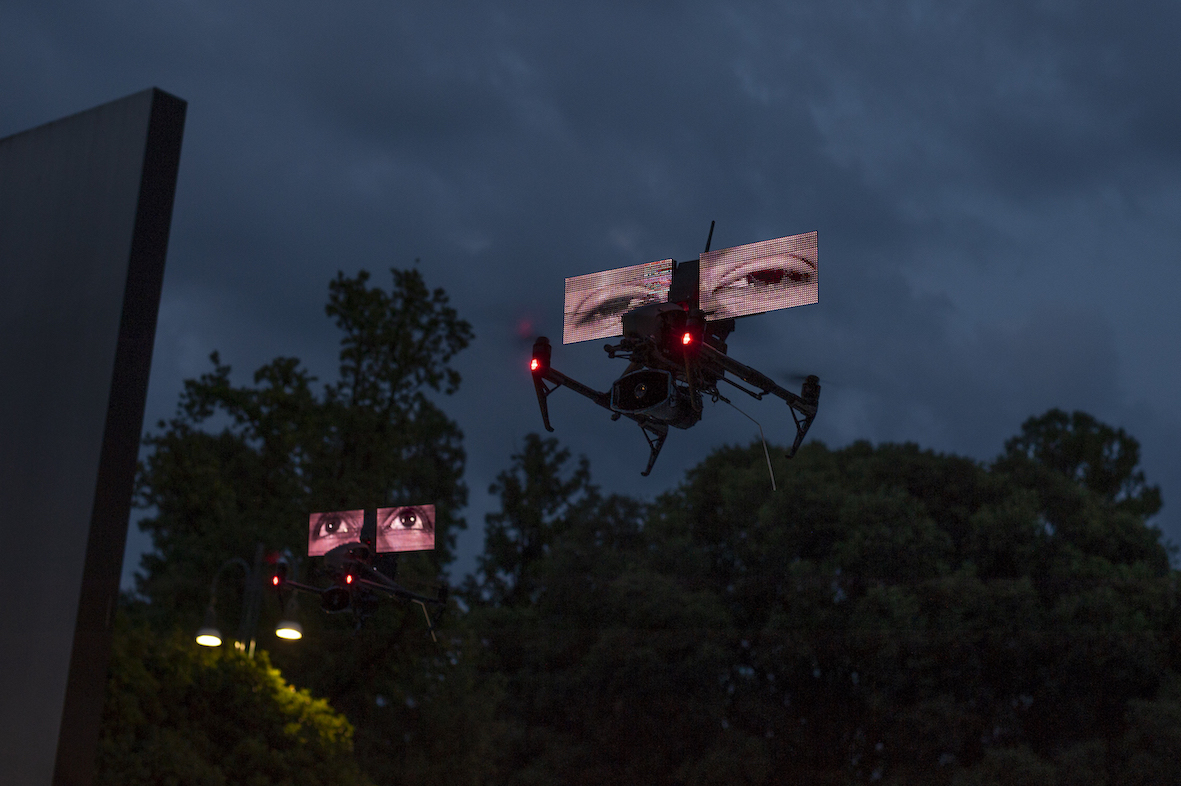 Loro (Them) is just the latest thought-provoking project from Wodiczko, an internationally known artist, professor at the Harvard Graduate School of Design and former director of the Center for Advanced Visual Studies and of the Interrogative Design Group at MIT.

“Throughout his career, Wodiczko has been instrumental in combining new technologies with art. Working with still images, video and audio, Wodiczko has become famous throughout the world for his large-scale public screenings of iconic buildings and monuments. Since 1980 he has created more than 90 screenings worldwide, including “Abraham Lincoln: War Veteran Projection” in New York City in 2012 commissioned by More Art.”

Images of performance via Art Tribune