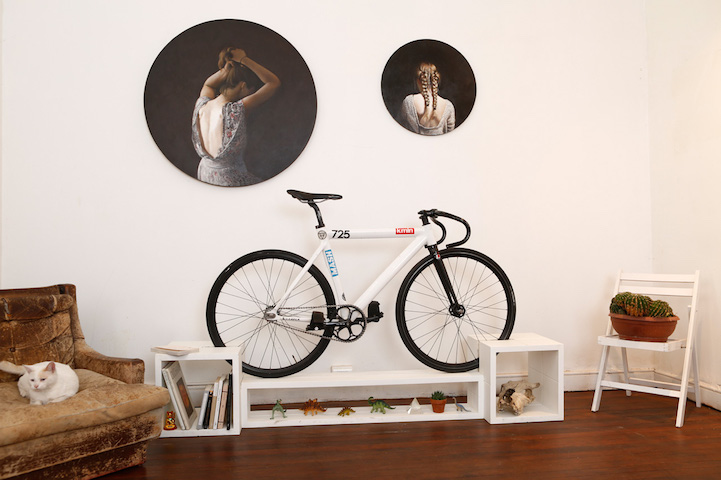 Bikes are a convenient way to get around in the city, but if you’re like most of the cycling masses in crowded urban locales, you probably don’t have a dedicated and tidy-looking spot for your bike inside your apartment. Space is always at a premium, so sometimes, just hanging it from the ceiling is your only option. But what if an existing piece of functional furniture could be adapted not only to store your bike, but put it on display, too? 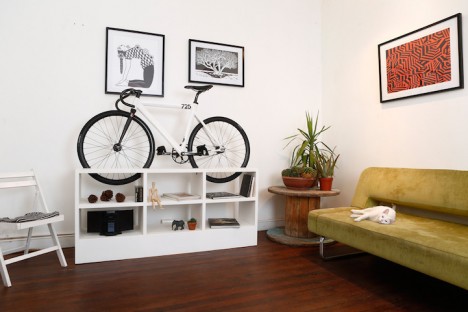 This series of bike-centric furniture by Chilean designer Manuel Rossel features simple cut-outs for bike wheels. Not only is there always a place to put your bike, you’re basically making it a major focal point in the room (which could be a good or bad thing, depending on whether you’re riding a replaceable thief-unfriendly beater or a bike that’s a work of modern design in itself.) 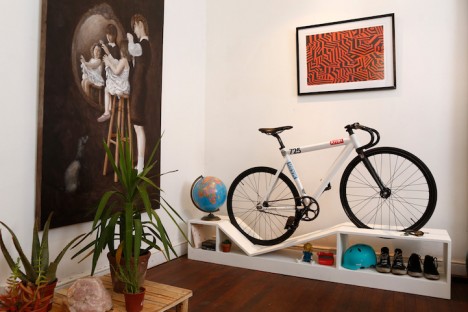 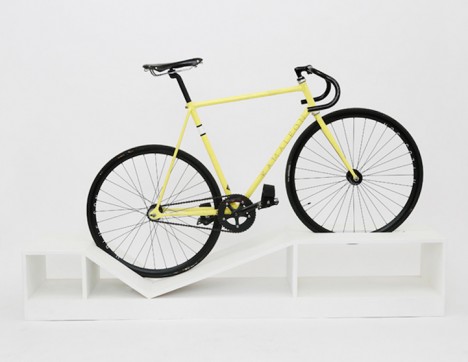 That’s intentional, says Rossel, noting that when you put a bike on top of a bookshelf, it take the place of what would normally be the center of attention: the television. “It changes the cult of the TV to one of the bike,” he told Fast Company. “It’s a way to optimize space that’s scarce in urban centers. If you already store your bike inside, it’s a way to avoid marking the walls. It also turns into a firm support that keeps the bike from falling.” 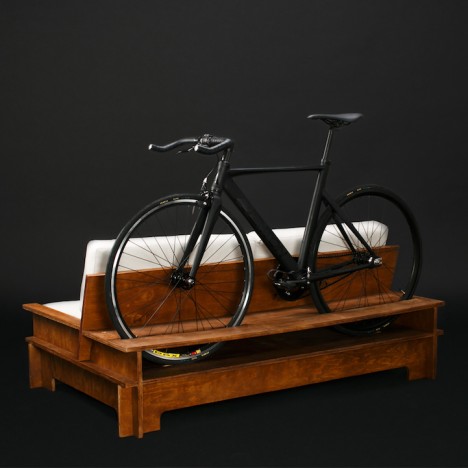 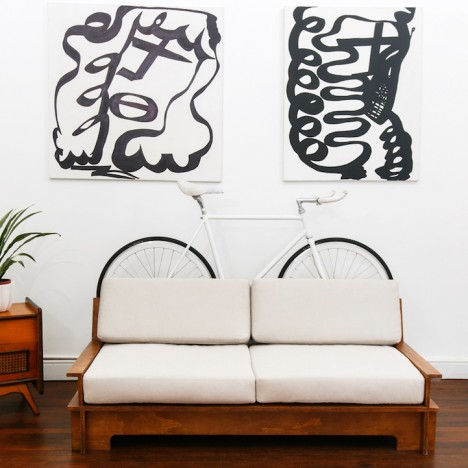 The furniture line includes single-tier bookshelves with either straight or angled bike niches, a sideboard and a couch. The bikes are currently only available in Chile, but may soon go on sale internationally.