Mr. Spock, played by the late Leonard Nimoy, was a logically legit pop culture icon. Just ask the many graffiti artists worldwide who have paid him tribute. 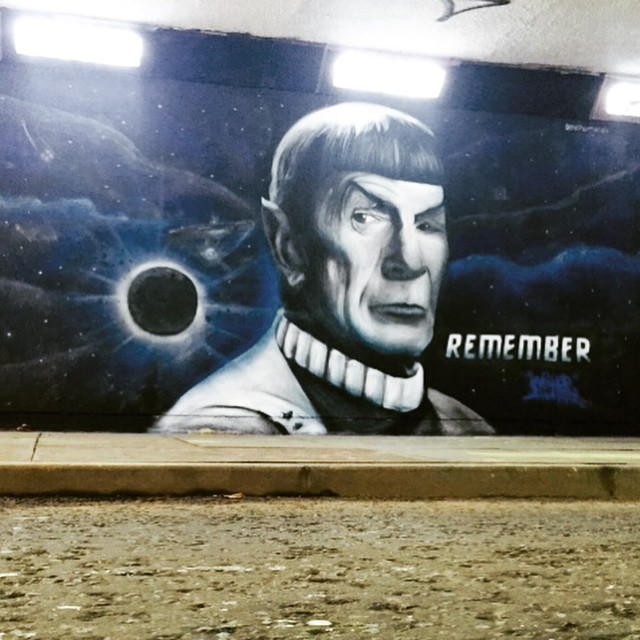 As a science fiction franchise Star Trek is almost a half-century old but elements of the “brand” have been seeping into pop culture for decades. It’s no surprise, therefore, that the appearance of Mr. Spock in street art and graffiti is nothing new though sightings have increased since Nimoy’s passing on February 27th of 2015. The very recent tribute above, credited to graffiti artist Gnasher and officially authorized, can be found on the wall of the Pottergate Underpass in Grapes Hill, Norwich, UK.

Horns of a Dilemma 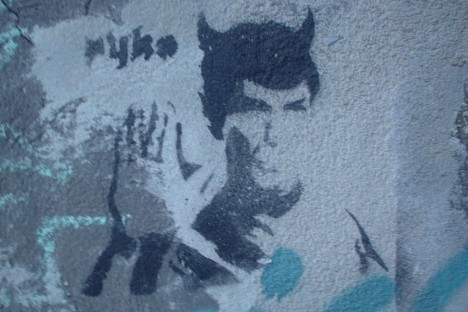 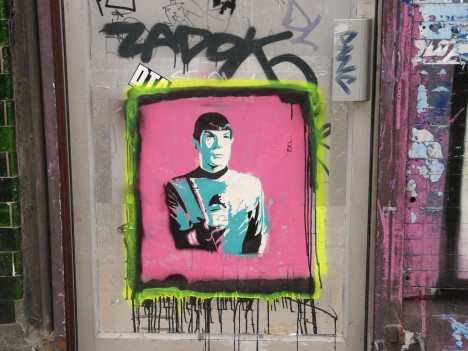 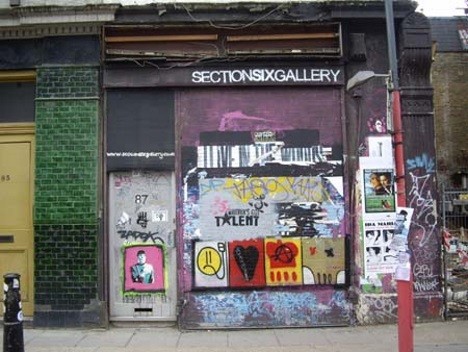 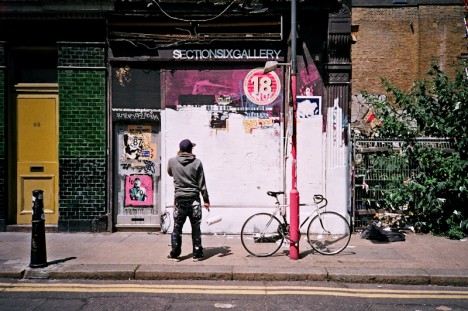 We’re guessing this door in London’s inner city Shoreditch district neither goes “whooosh!” nor leads to the bridge… well, maybe London Bridge but we digress. The trio of images above were captured by three different photographers. Flickr users Martin K (mpk1313) and Chinaman (Deaf Rave) made the scene a mere four days apart in February of 2009 while Marc Davies (MrLomo) arrived about four months later… just in time to witness the storefront being whitewashed! Did Spock survive? We think so: dude’s packin’ a heater. 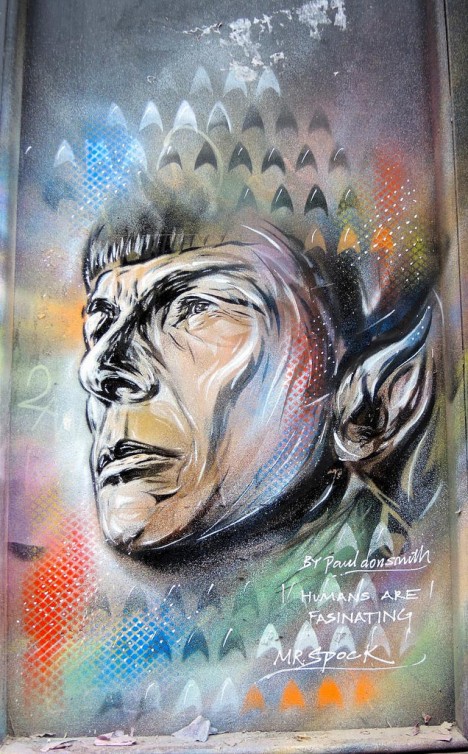 London’s old East End seems to appreciate Spock a lot more than Vulcan did. Take the remarkable mural above, signed by artist Paul Donsmith and snapped by Flickr user Frank Long (FrankLong) on March 21st of 2015. We’ll cut Donsmith some slack on his “fasinating” typo – maybe Spock’s trademark expression was, like, trademarked or something. 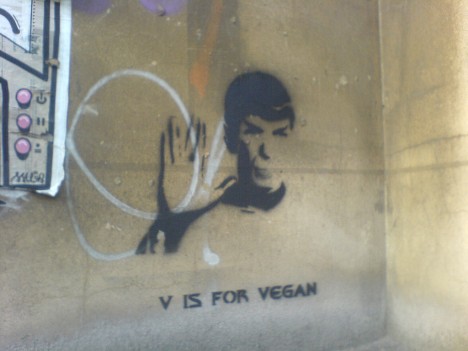 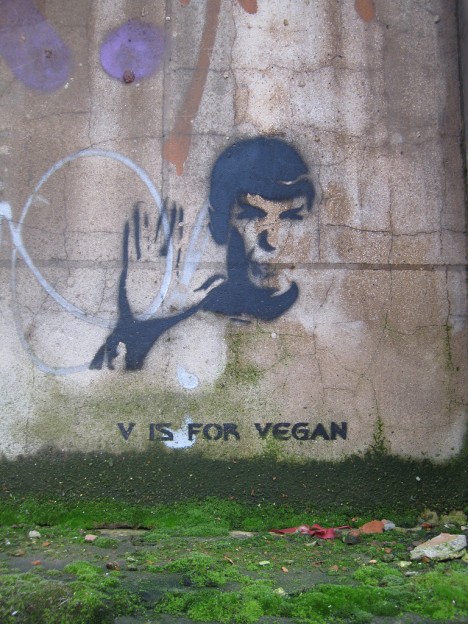 We say Vulcan, you say Vegan, let’s call the whole thing off. This cool stencil of Spock flashing the V (interpret it how you will) sign appeared fairly fresh in August of 2009 when Flickr user José Lodewick spied it on a wall in Brussels, Belgium. By November of 2010, however, Spock’s visage was showing signs of age not to mention a nasty case of creeping moss. Guess the local plant life was feeling encouraged.

Beam me up, Scotty… or in this case Swissy, since the vibrant artwork above can be found in a certain Alpine nation famous for its holey cheese. Yeah, let’s all heave a sigh of relief that the Enterprise’s chief engineer was Scottish. In any case, there’s nothing cheesy about the technicolor Spockian homage above, captured by Flickr user Dominik (Sibilus_Basilea) in March of 2011.

Spock Is The Answer 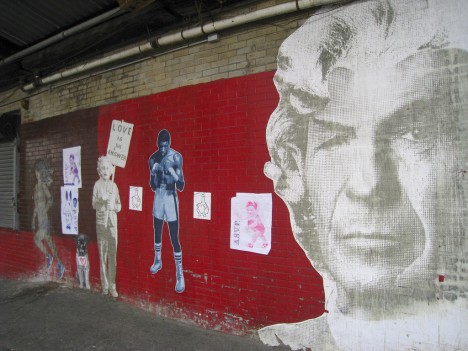 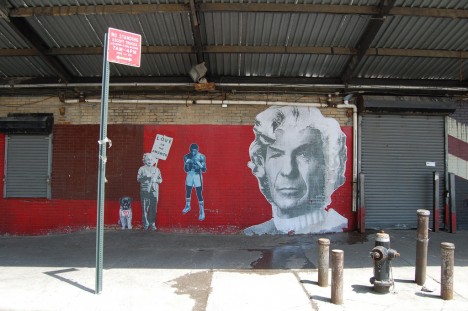 New York City’s Meatpacking District just got more interesting… well, maybe not just – Flickr users shoehorn99 and cbrgss captured the above group paste-up in mid-2009. Here a bouffanted Mr. Spock finds himself in the company of Albert Einstein, Muhammad Ali, and a patient pooch. Odd, we don’t recall that particular episode but it would have been awesome!