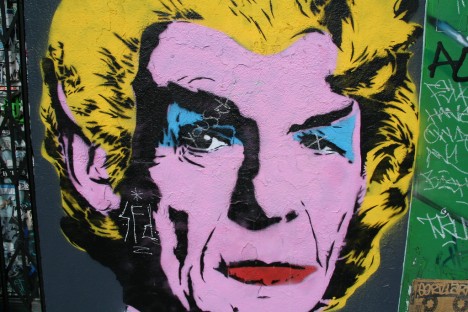 Andy Warhol, Marilyn Monroe and Mr. Spock… pop culture doesn’t get much poppier than that triumphant trifecta! Evidently the work of the graffiti artist Mr. Brainwash, the above tableau posted by Peter Villerius in October 2008 can be found in Los Angeles while the ever-changing one below is a fixture of SoHo in Manhattan. 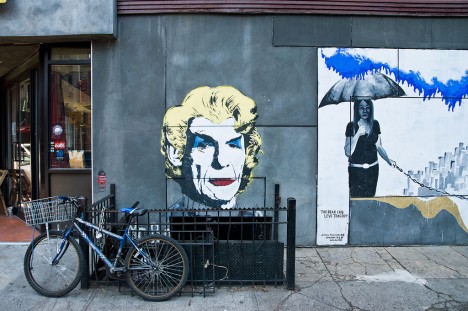 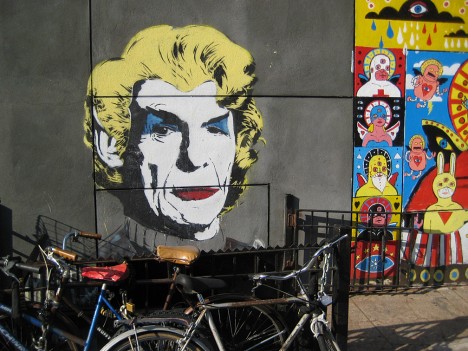 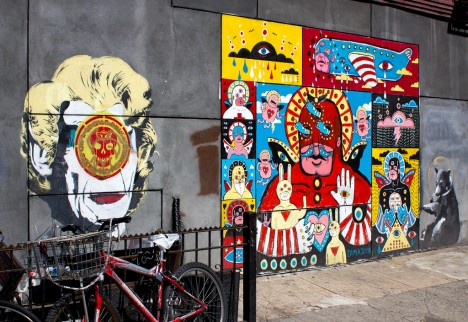 The Blonde Spock mural above has evolved over the years, and not always positively. The first image by Dan DeLuca dates from February 2009, the second c/o gdanny was snapped on May 15th of the same year, and the last (by prayforsnow) dates from March 28th of 2011. It would appear our well-coiffed Vulcan has been defaced by a rival group of street artists (Klingons, most likely) who do neither themselves nor the viewing public at large any good service. 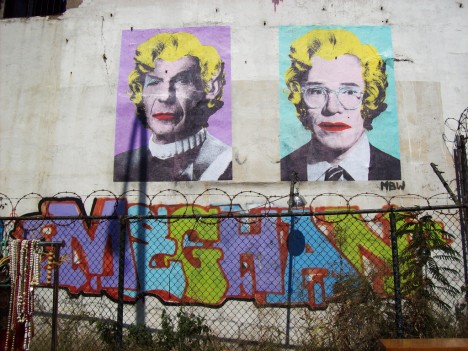 Here’s a marilyn-ized mural of Spock and Warhol himself, snapped on September 24th, 2008 by Flickr user allan molho (amolho4). As for the mysterious “MEGHAN” who shares their space, all we can say is she’s in good company. 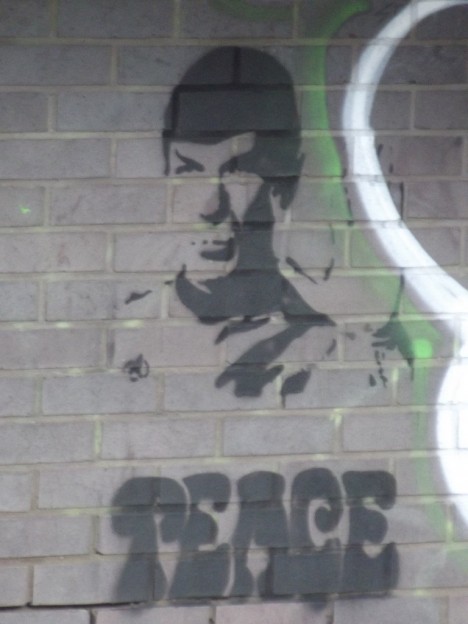 We come in peace… and we stay under bridges in Birmingham, England’s Gas Street Basin. This somewhat noble-looking stencil of Spock accompanied by a universal utopian caption was captured by Flickr user Elliot Brown (ell brown) on February 3rd, 2015. The “real” Mr. Spock might find the artwork illogical but the late Gene Roddenberry would surely approve of the message. 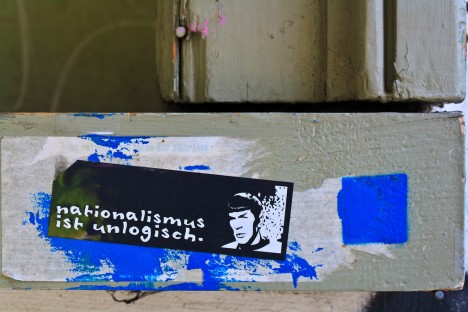 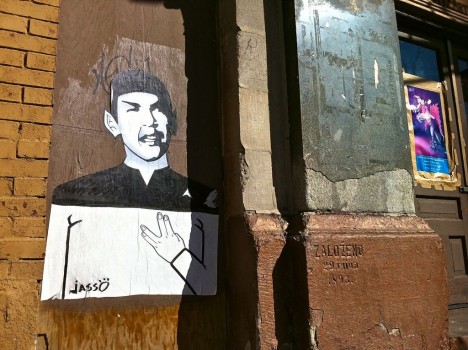 Flickr user Billy Craven brings us this strikingly minimalist mural which, unusual for street art, is signed by its creator. Craven has posted other Chicago-area works by the artist JASSO but there’s something about this Spock mural that really stands out.

Mr. Spock Has Left The Building 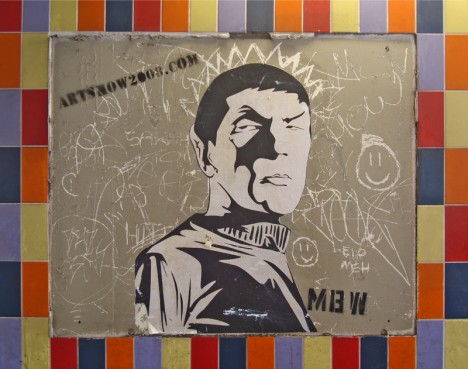 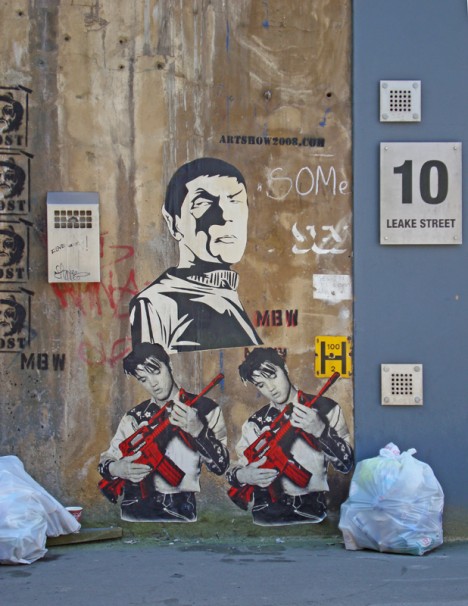 Meanwhile back on Leake Street it would appear to be just another day. OK, so it’s garbage day but even bags of trash look way cooler backed by Spock and a pair of AK47-totin’ Elvises… Elvii, whatever. Credit graffiti artist MBW with the art and Flickr user JudyGr with the above shots taken during the Can Festival back in May of 2008. 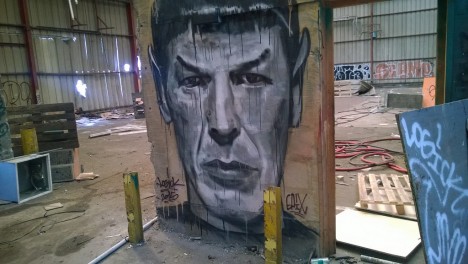 A graffiti artist who creates an artwork, then uploads an image of it to his Flickr account? Priceless! The artist of the tribute above is Logick (Logick LPI)… of course. Before we jump, er, transport to conclusions, let it be known Logick isn’t strictly focused on Spock – his portfolio ranges from Sigmund Freud to TBBT’s Sheldon and more. Gotta love the single Spock in his repertoire, though, captioned at Flickr with a succinct “RIP”.