Lurking in a windowless white van gets significantly less creepy when you’ve custom-outfitted the interior with wood flooring, storage space, a kitchenette and a queen-sized bed – right? At least, it does for most of these creative conversions. Typically using standard cargo vans or the taller, newer Sprinter vans as a base, these DIY camper projects often emphasize stealth, so you can park them in urban areas next to a bunch of work vans and stay overnight without anyone batting an eye or calling the cops. While some definitely blend right in, others are a bit more conspicuous once you lift the suspension, add all-terrain tires and otherwise turn them into off-roading beasts. 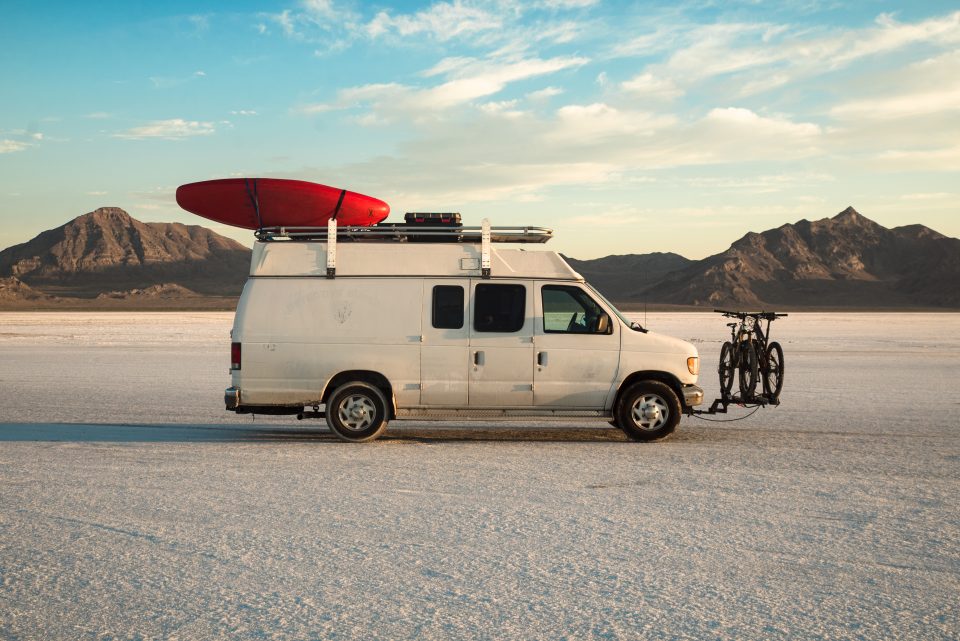 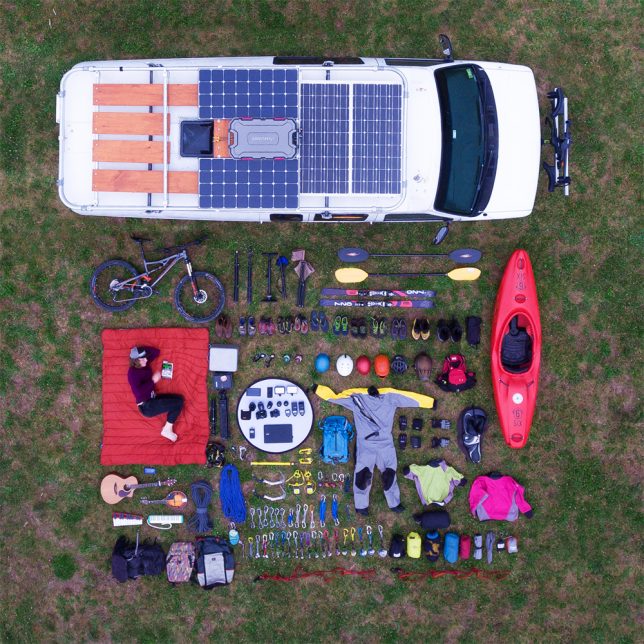 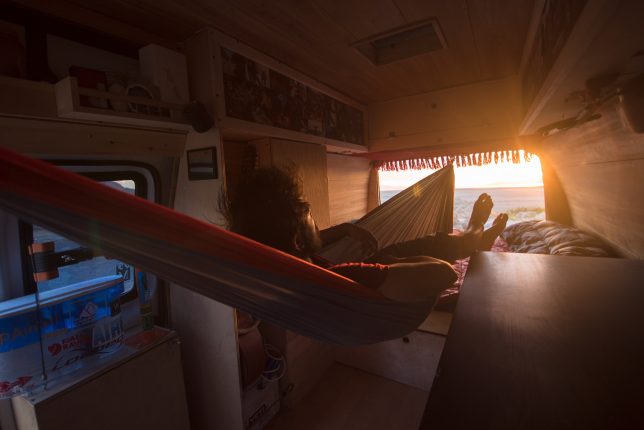 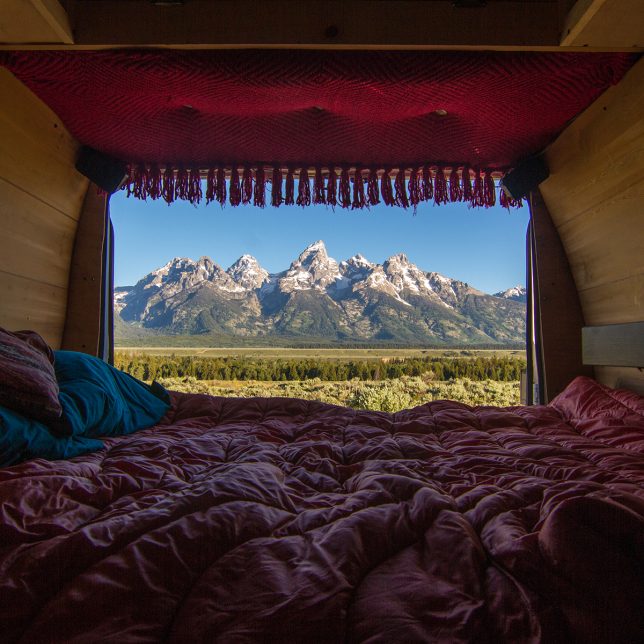 Taking a scroll through Adam Nawrot’s Instagram feed might just make you question what you’re doing with your life. The photographer purchased a used NYPD crime scene investigation van for $2,200, custom-built out the interior by hand, and now uses it as a home base for extensive travels across the United States. He’s got kayaks strapped to the top, bikes mounted on the front, solar panels on the roof, drawers full of climbing gear, and room for up to five friends to travel with him. His adventures loo pretty epic, and he clearly has quite an eye for capturing them. 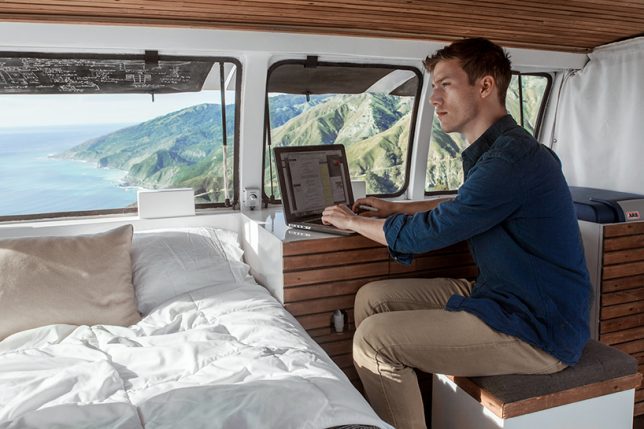 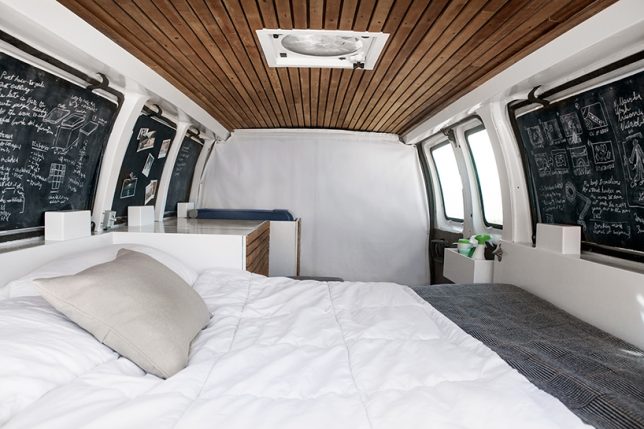 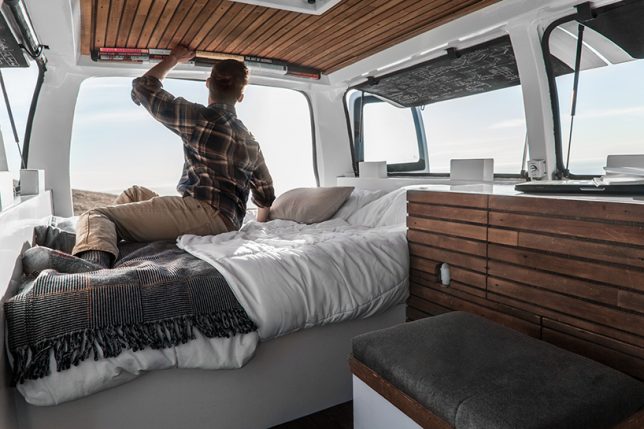 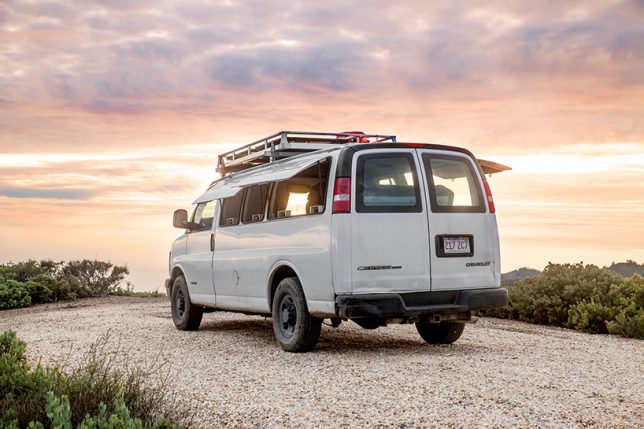 Filmmaker Zach Both converted a work van, too, this one a decade-old Chevy with pop-out panels that happen to make perfect camper windows. He designed and built the kitchen area and bed platform, and salvaged wood from a 19th century church in Cleveland for the finishing treatments. The space is now used as both a mobile home and a work studio. Both offers a free guide called ‘The Vanual’ for anyone who wants to DIY their own camper van. 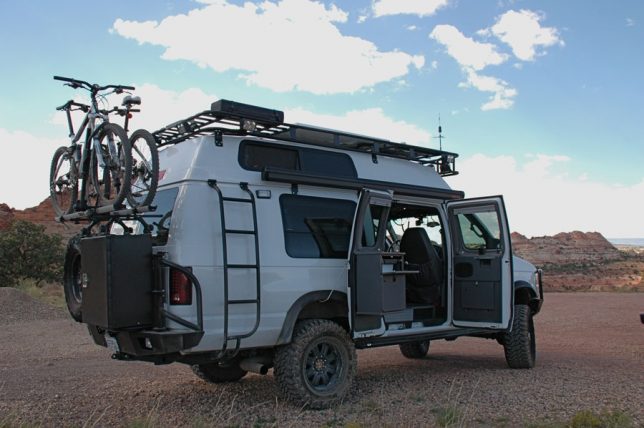 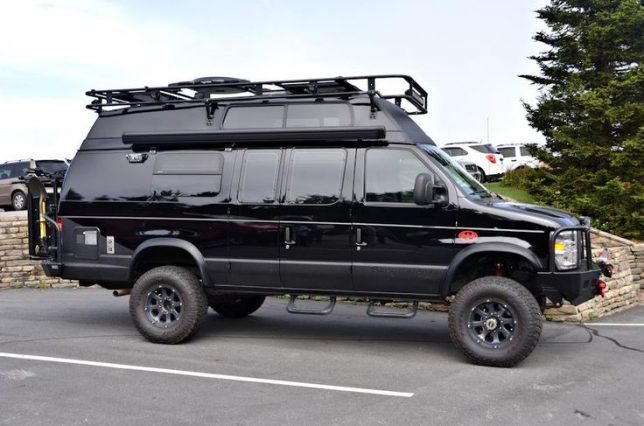 If the typical camper van just isn’t quite rugged and badass enough for you, Sportsmobile can probably help you out with that, assuming you have $100K to spend. The company customizes Mercedes Sprinters, Ford Transits, Dodge Promasters and Chevy vans into serious adventure vehicles with pop-up tops, heavy-duty cargo racks and contemporary interiors designed to their customers’ specifications, and you can even get 4×4 versions. 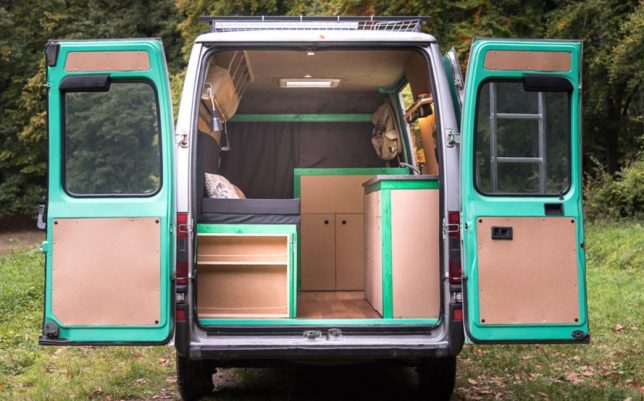 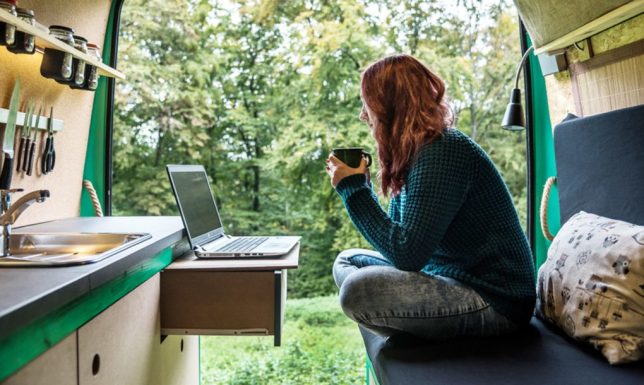 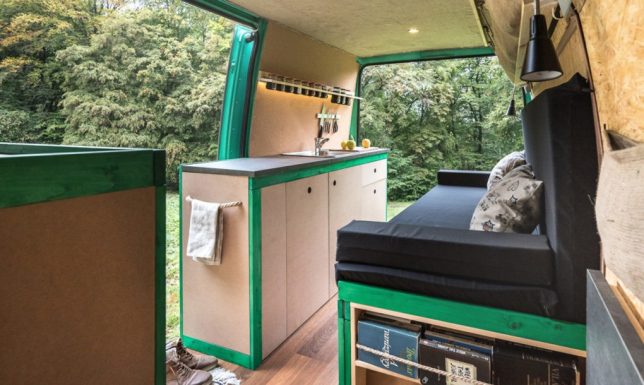 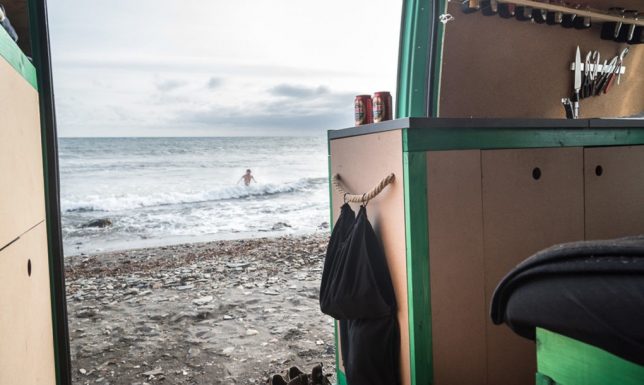 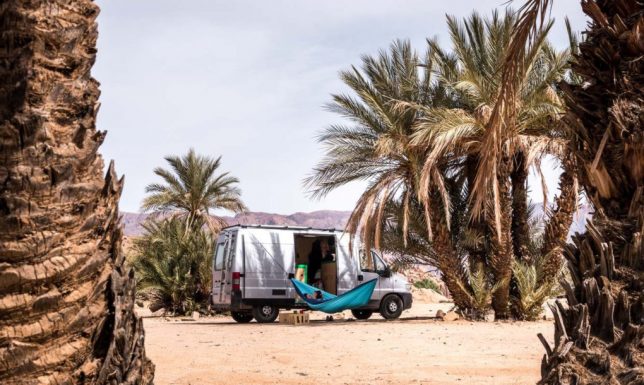 A young couple transformed a 16-year-old VW van into a sweet and simple solar-powered home they use to travel through Southern Europe and Morocco. Considering that the interior of this type of van is much smaller than that of a cargo or conversion van, they did an incredible job making use of the space, adding a kitchen, lots of storage and a pull-out bed.

Minivan Camper for an Italian Woman and Her Dog 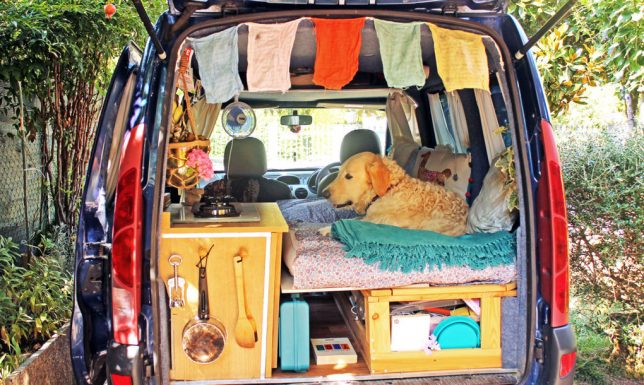 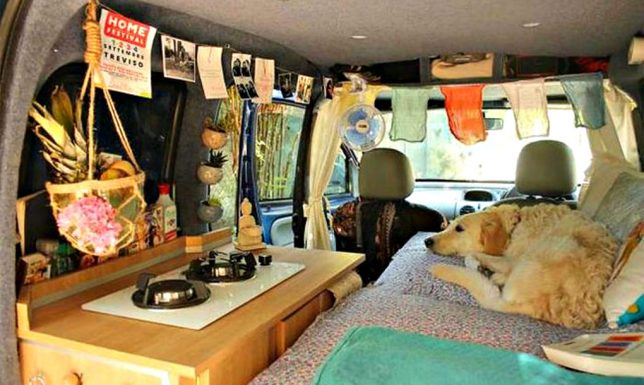 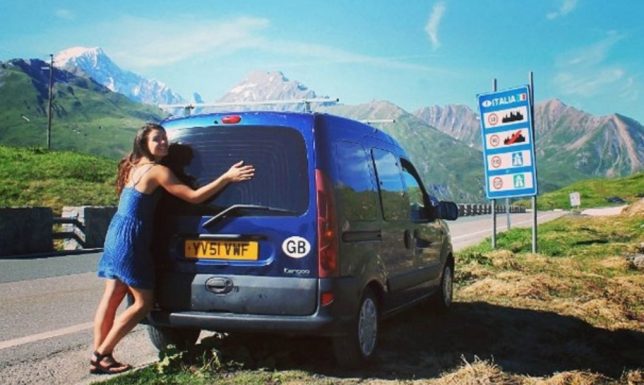 This conversion uses an even smaller vehicle as a base, ending up with just enough space for an Italian woman and her dog to travel Europe. Marina Piro dreamed of seeing the world, but didn’t want to leave her dog, Odie, behind. She turned a 2001 Renault Kangaroo Van into ‘Pam the Van,’ insulating the floor, adding a fold-out bed and a tiny kitchen. As you can probably imagine, traveling in a van with a giant hairy dog has its complications, but it sounds like Pam is having a lot of fun.