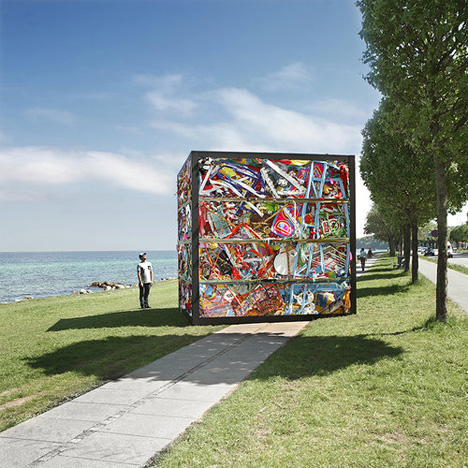 Amusement parks are a big part of most peoples’ childhoods, with fond recollections of roller coasters and snow cones dancing in our memories. But what happens to those amusement parks after they have lived out their lives? For artist James Dive of The Glue Society, one amusement park from his past was turned into a creepily touching piece of art. 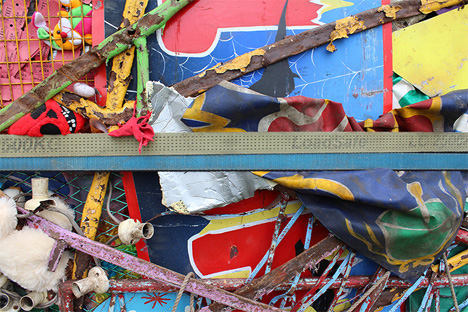 The sculpture, entitled Once, contains an entire amusement park compressed into a single four-ton cube. Dive’s treatment of the park is gentle and reverent while being inherently violent. To prepare for his unusual work of art, Dive first did the exact opposite of his ultimate goal: he carefully cleaned, painted and restored every bit and piece of the park.

Over the following two weeks, a 28-ton excavator smashed and crushed the entire amusement park into a neat, gigantic cube. Parts of the park’s former life can still be glimpsed – a brightly-painted sign here, a string of lights there, some creepy dolls scattered about. The feeling Dive tries to evoke with this exceptionally odd sculpture is “the finality of a missed moment. And how brutal that can sometimes be.” 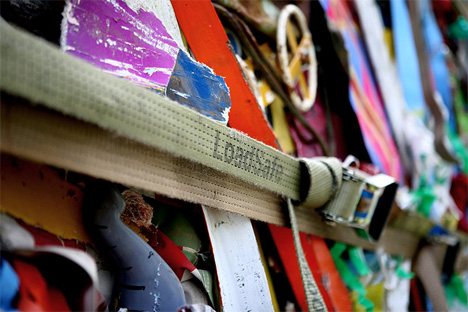 The irony of this piece lies largely in its finality, given that the pleasures of an amusement park are so transient and fleeting. In this sculpture they become more permanent, all compressed into one strangely savage yet sentimental four-ton cube. Once was installed as part of the Sculpture By the Sea program in Aarhus, Denmark.