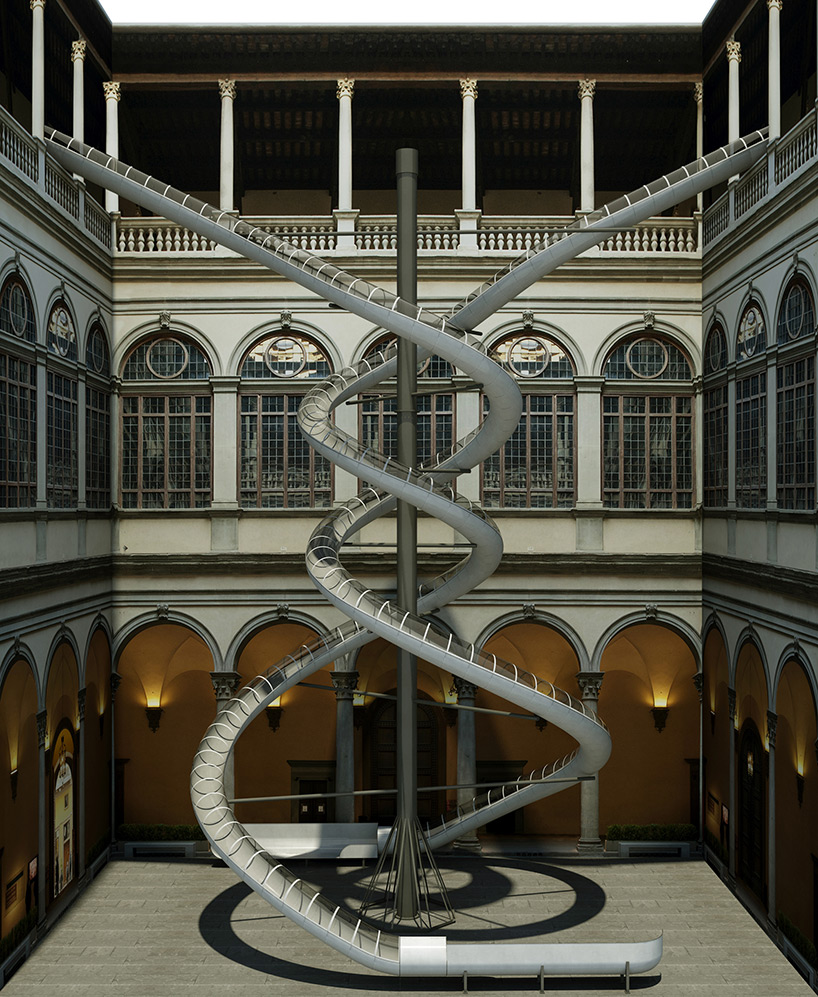 You’ve never experienced Italian Renaissance architecture quite like this. German artist Carsten Höller, known for his playful interactive installations, will be installing a pair of slides in a double helix formation within the famed Palazzo Strozzi of Florence, spiraling visitors nearly 66 feet from the second floor terrace to the courtyard below. Newly released renderings of ‘The Florence Experiment’ show the temporary structure complementing the classic aesthetics of the stone palace completed in 1538. But it’s more than just a fun way to get around the historic building.

Each guest who braves the slide will be asked to hold a plant in their lap for the journey. Once they exit, they’ll hand the plant over to scientists in a laboratory, who will investigate whether human emotion has a verifiable impact on the plant’s growth. Another space within the laboratory will feature two movie screens: one showing comedies, the other horror movies. 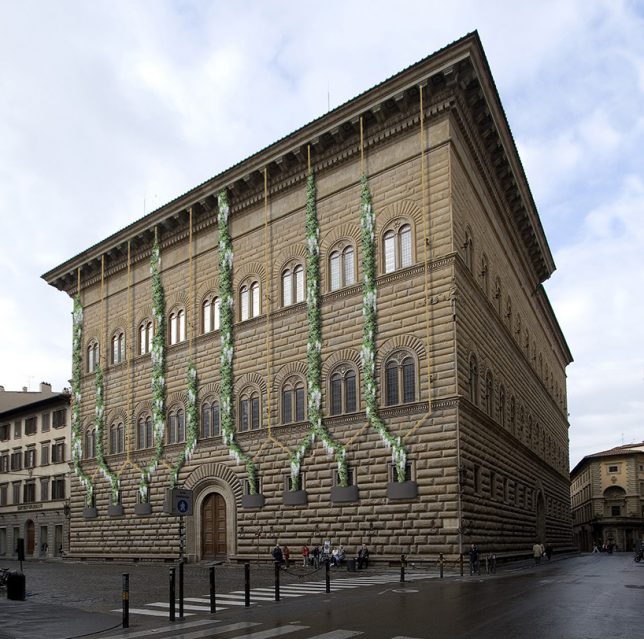 The artist theorizes that the contrasting emotions experienced by both audiences will transfer different volatile chemical compounds to wisteria plants growing on the facade of the Palazzo via a system of tubes. 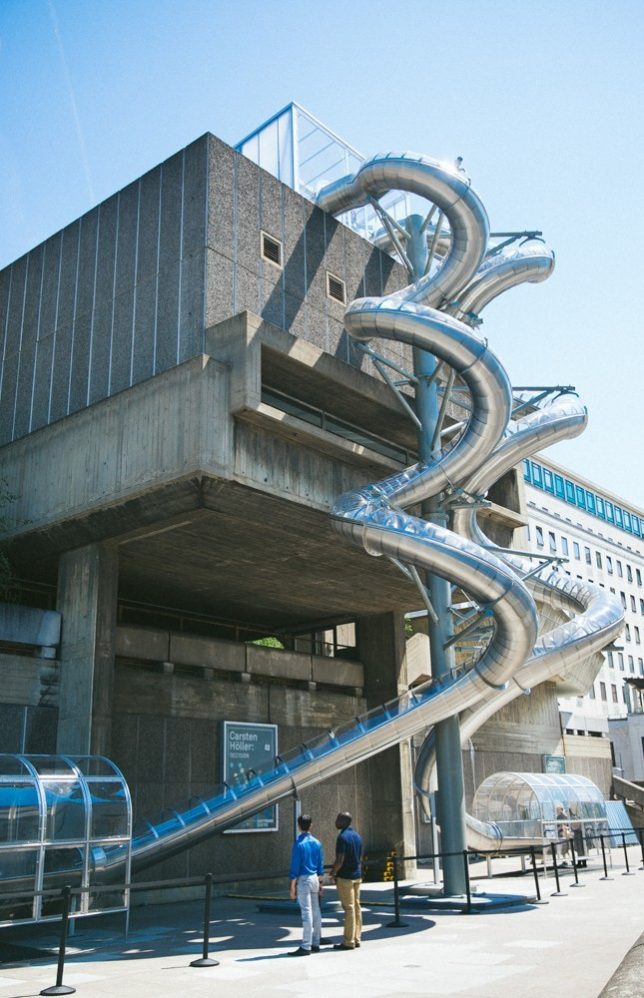 If the renderings make you skeptical, consider this: Höller has pulled off similar slide installations before, including one at Tate Modern’s Turbine Hall in 2006 and ‘Isometric Slides’ at the Hayward Gallery in London in 2015, pictured above.