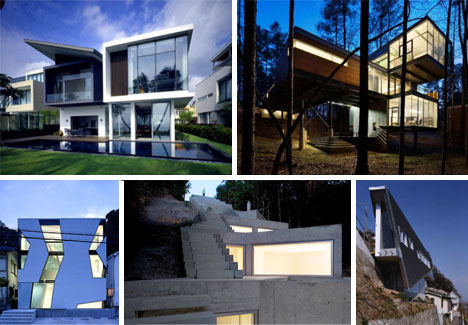 Many designers must content themselves with imagining and drawing things that may never be built –  very few can realize ultramodern home visions in the real world. Like a blast from the future, these ten architects have brought to life incredible houses that most of us could not even dream of – let alone afford. 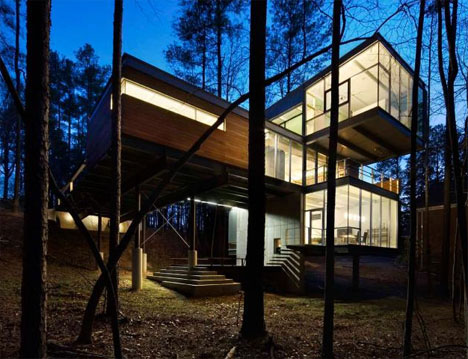 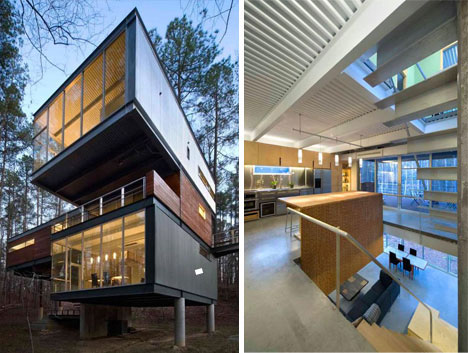 Contrary to popular belief, most architects make far less money than other highly trained professionals in more lucrative fields. That is part of the reason why it is a rare opportunity when an architect can design their own home. Michael Rantilla is one with this unusual chance and has constructed a personal residence that is masterfully detailed and geometrically engaging from every possible angle. 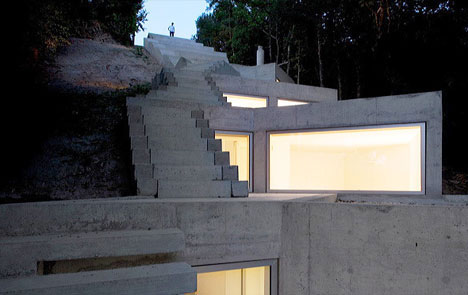 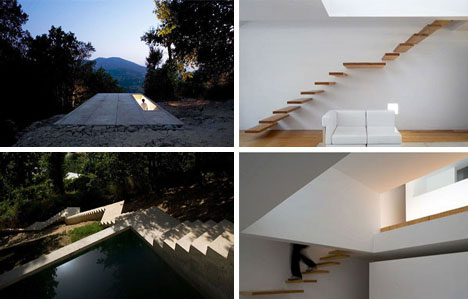 A sloping site is challenging enough – but a narrow and particularly steep one is all the more difficult. Alvaro Siza took what many would see as a bad situation and turned it into a series of amazing design opportunities, creating a cascading series of concrete spaces and capturing a set of amazing views along the way. 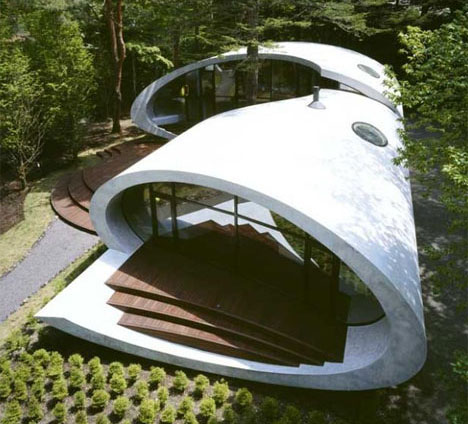 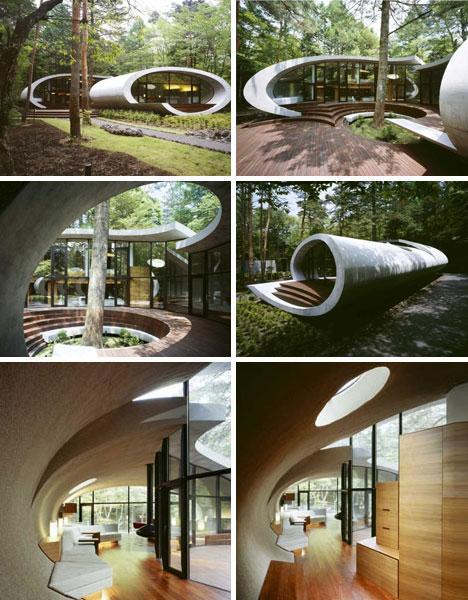 Working with nature can be one of the most challenging things in constructing a non-urban residence. This spectacular spiral house by ARTechnic weaves and flows organically within its forest setting but also stands out, a white concrete intrusion in its lush green surroundings. In short, it works in tension with the natural world, providing security for those within but also visual connection to the outside scenery. 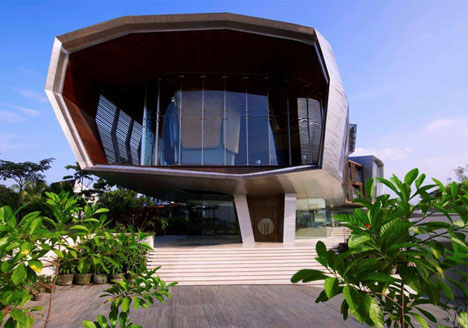 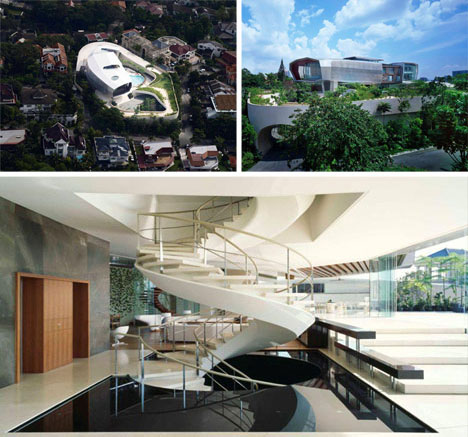 What do you build for your personal residence when your family is known throughout the city for its towering downtown skyscrapers? Here, the design-oriented family running TYL Design Group opted for opulence and chose to stand out starkly from their surrounding neighborhood with a house that is as much a castle as it is a home. 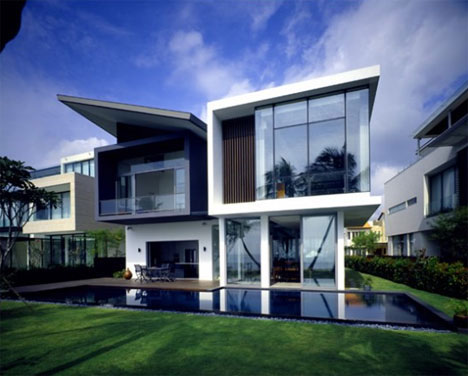 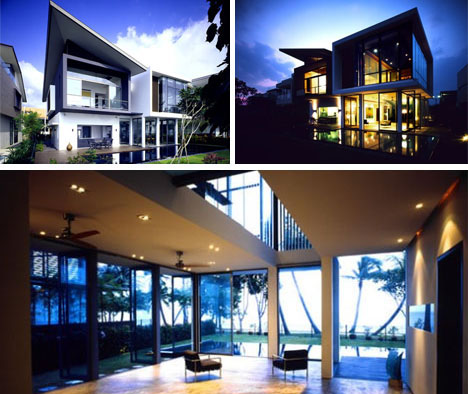 Small lots can be challenging but they can also inspire great things, like this creative residence by K2LD Architects which fills its site as completely as possible and pushes the edges with a series of sleek geometric moves that at once break up the overall volume but also contribute to the amazing ultramodern composition of the whole construction. 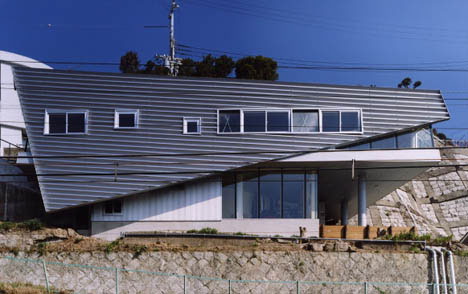 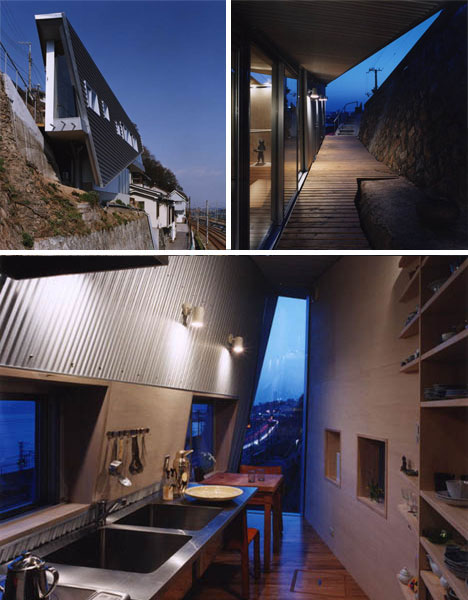 Skinny lots are a tough sell – except to those like Shuhei Endo who have a vision for what to do with them. This house deals with grade changes, a thin and varying footprint and other kinds of locational issues that would send most builders and buyers running. However, the resulting design is both beautiful and fully engaged with its environment, providing interesting on-site niches and views of the water below. 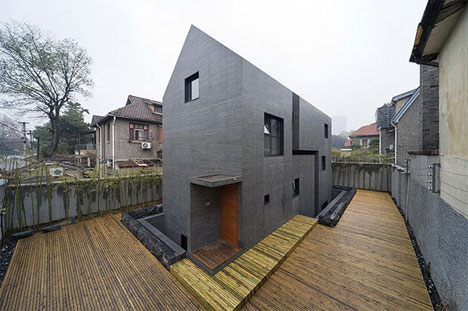 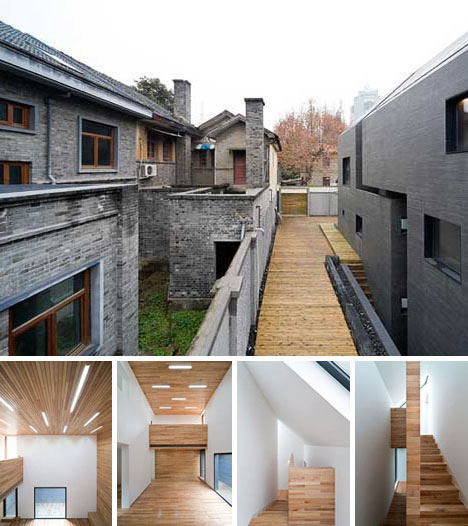 Creating new constructions in existing historical environments is all about balance – fitting in without appearing to falsely copy what came before. A successful contemporary design, by the estimates of some anyway, should be like what you see above: something that works with the materiality and scale of what is around it but that is also clearly understood as a new intervention. 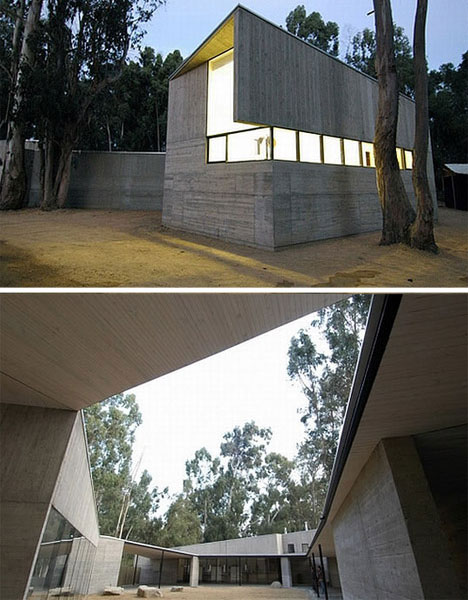 When building in a rural area one generally wants to connect to nature but clearly also seeks a sense of seclusion. Built somewhat like a modern concrete fortress, this home rings around a central courtyard accessible only to the residents but also opens up along its circumference for maximum views to the forest around it. 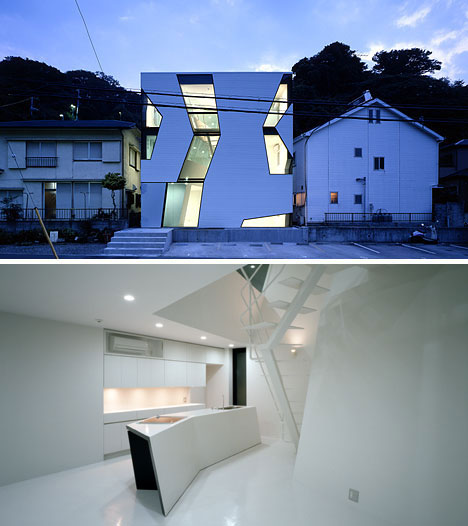 When a neighborhood is beautiful as it is, many architects choose to respect the vernacular architecture and build something that fits. When the neighborhood is somewhat less aesthetically desireable, it conversely gives designers like October Ueda & Nakagawa Architects license to do something radically different, creative and new like the ultramodern box home shown above.