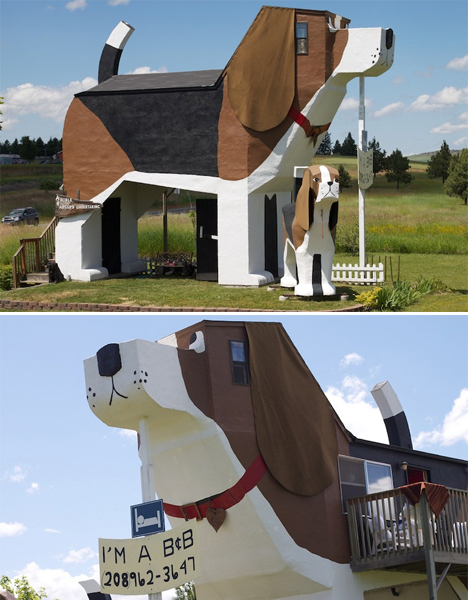 One of Idaho’s weirdest roadside attractions is also a bed and breakfast. The giant dog-shaped house was built by a pair of self-taught chainsaw artists, who produce miniatures of the structure for lodgers to take home. 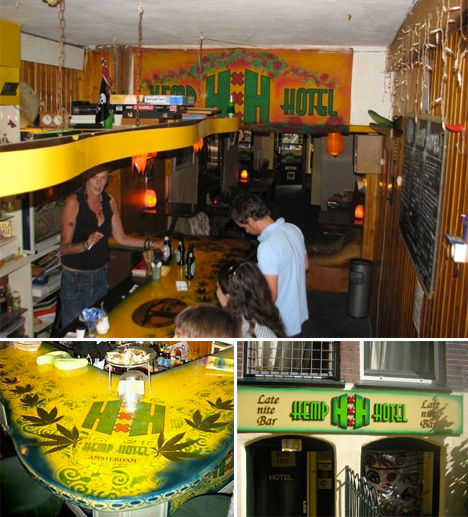 Snack on hemp-flour rolls and sip hemp tea at Amsterdam’s Hemp Hotel, a Reggae- and cannabis-themed, ‘smoke-friendly’ establishment where practically everything is made from hemp. Past guests have included (big surprise) Willy Nelson and Woody Harrelson. 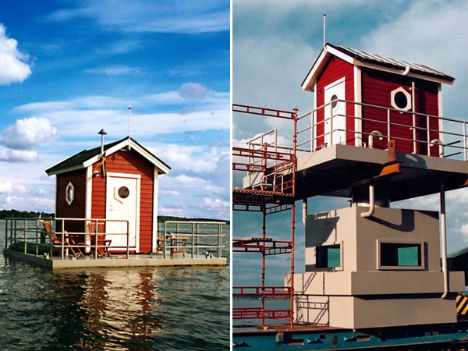 What looks from the outside like a shed that’s not even spacious enough to house a bed is actually just the entrance to an underwater hotel room submerged beneath the surface of Sweden’s Lake Mälaren. Utter Inn offers two twin beds, a small kitchenette and a relaxing topside deck. 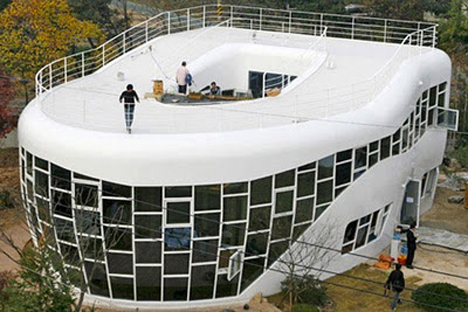 Sensing a theme? Hotels that dabble in potty humor have nothing on the Flush Hotel in Seoul, South Korea, which was built to look like a giant toilet. But the point of this strange structure isn’t just shock value. The owner spent $1.6 million building it with the intent of raising awareness about sanitation around the world, and not just anyone can stay there: at $50,000 per night, rentals are basically funding for sanitation-related projects in developing countries. 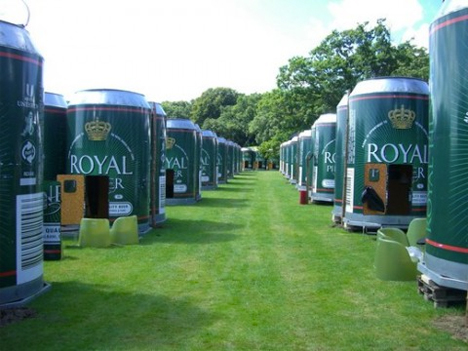 Some lucky attendees of Denmark’s Skanderborg Music Festival, also known as Smukfest, get to sleep in a 2-story aluminum Royal Unibrew beer can. 114 of these 12.5-foot-high, IKEA-furnished CanSleep units are available for $145 per night when the festival runs each August.