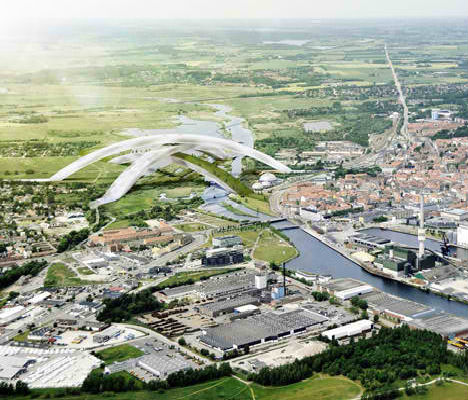 A six-armed, snowflake-shaped ski dome stretching across the river Gudenåen in Denmark would be the world’s largest if constructed, besting the current record holder, Ski Dubai, by at least 22,500 square meters. The dome consists of three enclosed, arching ramps that cross each other in the center, offering six indoor and two outdoor slopes. 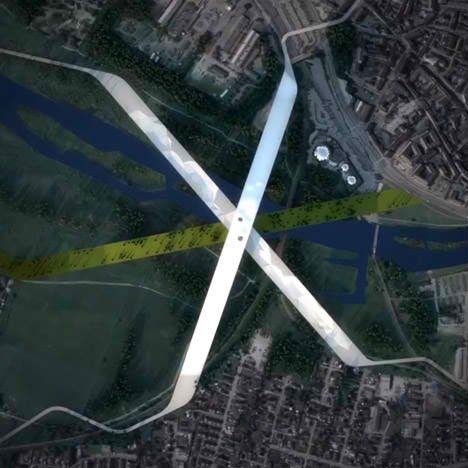 The tallest arch rises 360 feet from the surface of the river at its apex. Rather than being completely enclosed, like most other indoor ski domes, Skidome Denmark, designed by CEBRA for the ski travel agency Danski,  would have a perforated facade that gives skiers a view of the river and surrounding countryside. 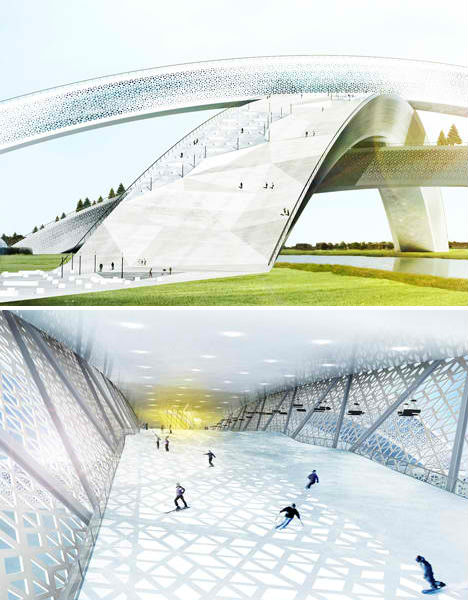 In addition to skiing, the dome would have facilities for skateboarding and BMXing, and a landscaped park on the roof. Danski representative Simon Oscar Anderson told Dezeen that the conspicuous river location was chosen to connect the different neighborhoods in the town of Randers, “solving a lot of infrastructural problems for the city.” 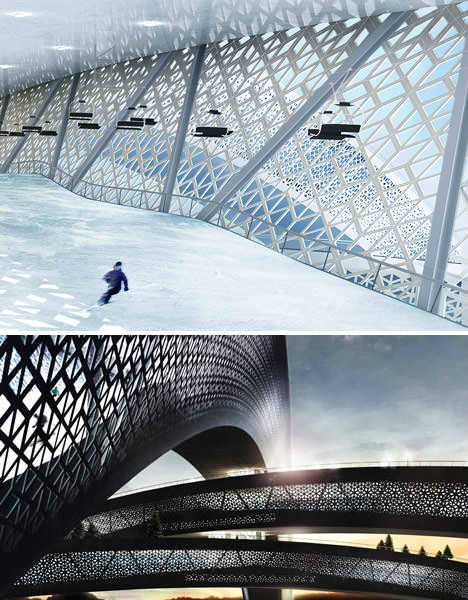 “Skidome Denmark brings, quite literally, a piece of the Alps to Denmark: The slopes are developed in association with Alpe d’Huez ski resort in France, and the gradients are copied directly from the most popular pistes,” says CEBRA. “The arches contain a total of six slopes with real snow and varying degrees of difficulty, so that skiers of all ages will be able to find challenges according to skills and experience.” 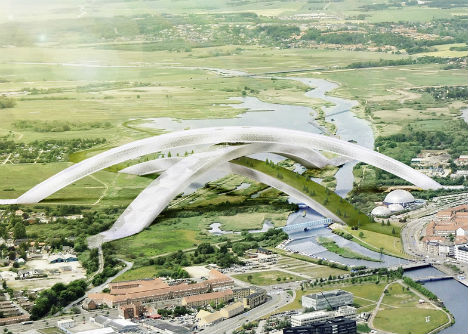 “Every piste has its own chair lift and the three arches are conjoint by an elevator for transporting skiers between the different levels. In order to ensure variation in the landscape over time, it is possible to transform the pistes’ topography, providing visitors with a different experience each time they visit the ski dome.”