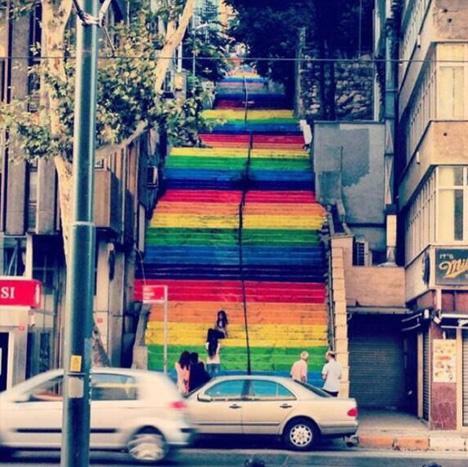 It started with a single person painting one public staircase, but when city workers of Istanbul, Turkey covered this brightly-colored street art with dull gray paint, citizen activists picked up brushes in rapid response. Thus escalated an isolated incident into a quiet but powerful city-wide campaign mixing politics, graffiti and beautification. 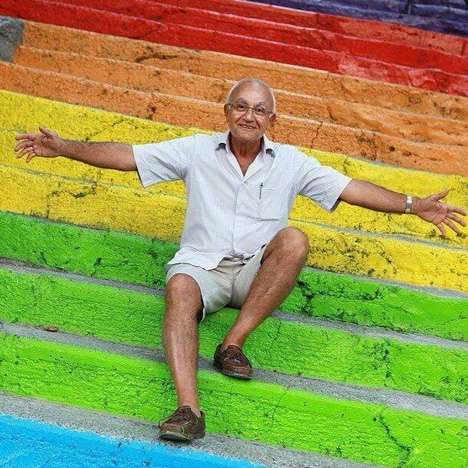 Aged 64,local  retired engineer Huseyin Cetinel spend reportedly $800 on paint simply to make the steps in his area more attractive – he notes that nature is colorful, and suggests simply that cities can be as well. 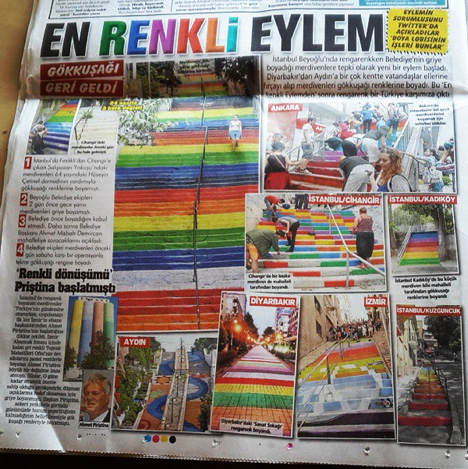 As images of his work began to go viral online, many viewers saw it as a call for equal rights – a political statement. When the municipality painted the original stairs over (then initially denied doing so, adding to the confusion), that act was perhaps inevitably interpreted through a polarizing lens as well. 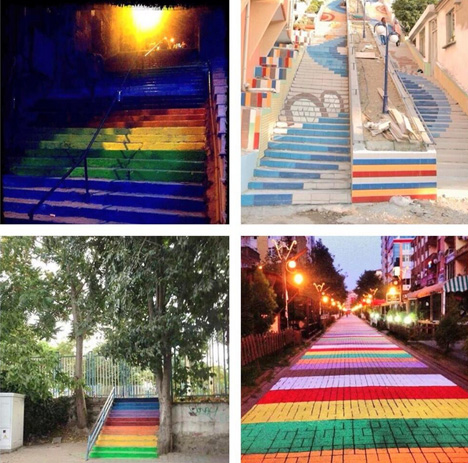 Twitter and Facebook were awash with calls to color other sets of stairs around the hilly city, and a quiet war fought with guerrilla art began … the city whitewashing (or gray-painting) newly-colored staircases as people kept on recoloring them, before finally agreeing to let the steps be painted as the citizens wished.

As interviewed by the New York Times, local financial adviser Nalan Ozgul sees a larger lesson in these events: “There has been some movement in the society, a social uprising together with the Gezi Park protests, and this is just an extension of that spirit. The fact that the government-run municipality first denied having painted over the stairs, then agreed to paint them back in color, shows how desperate and indecisive they are about their policies.” 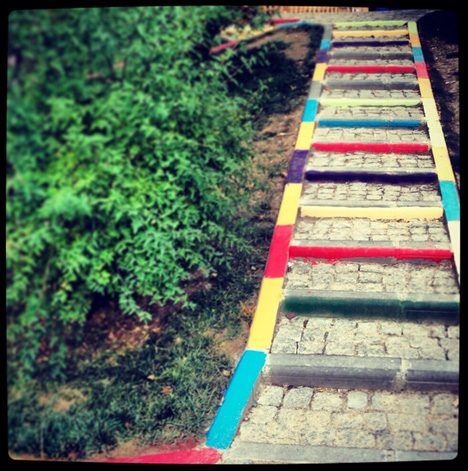 Alternatively, perhaps this strange story shows the everyday tensions between ordinary people and relentless bureaucracies as much as it says anything  about the activist citizens and imposing governments of a particular time and place, but the effects are certainly colorful no matter how you look at them (Images via Instagram photographer sumrue and Twitter users @durmusbeyin, @demishevich, @verbikerem and @ozgelu)