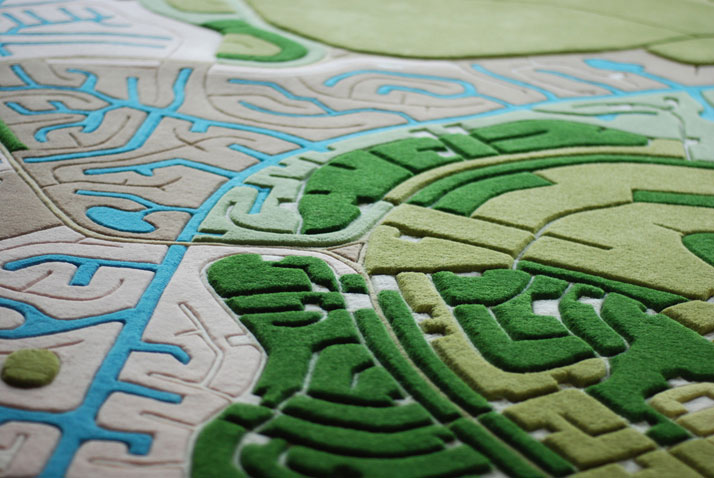 Created by an architect and landscape enthusiast, this limited edition series of custom textiles derives its geometries and colors from aerial views shot around the world. 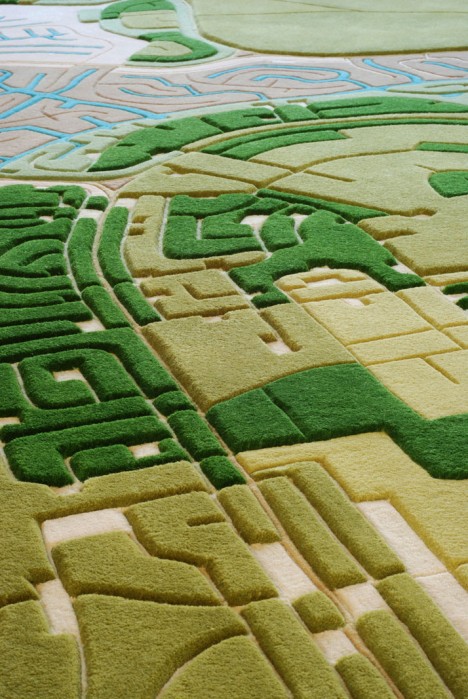 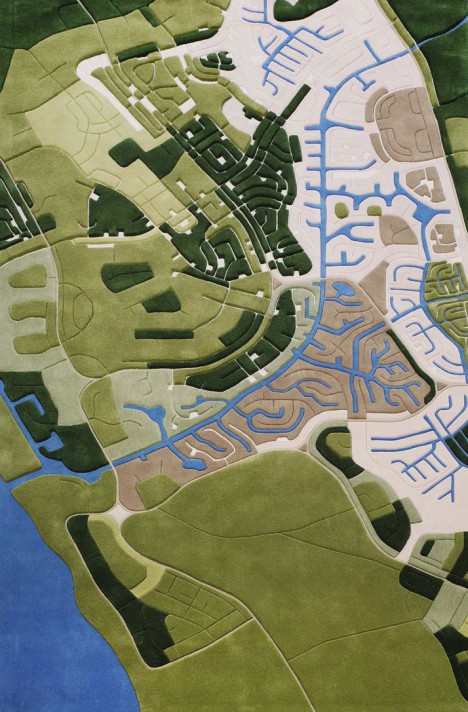 Florian Pucher, an Austrian designer now based in Beijing, has long traveled by day to take in as many sights from the sky as possible. Since 2007 he has collaborated with graphic designer Sophia Liu Bo to redraw and abstract images shot from above, turning them into unusual rugs using high-quality New Zealand wool. 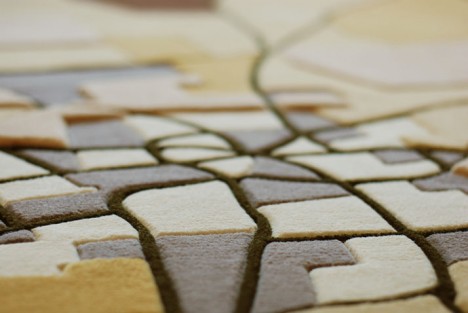 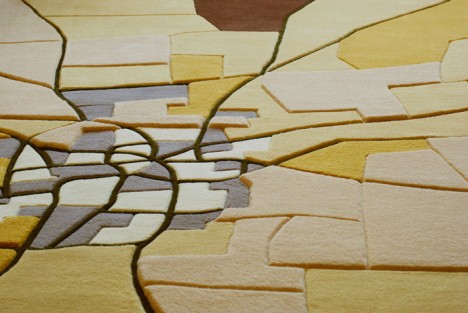 Each LANDCARPET creation is 1 of 88, signed and numbered in the spirit of traditional artistic prints. 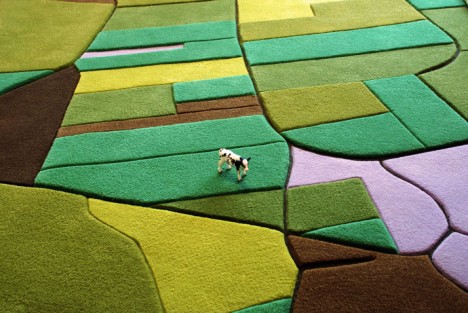 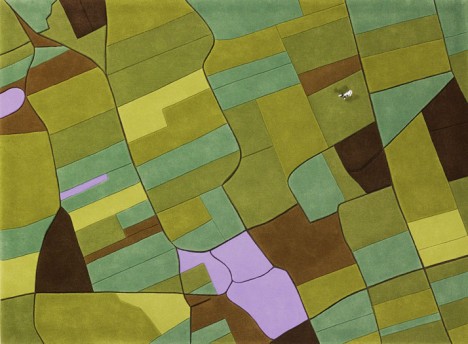 The subjects cover the globe, from Europe and the USA to Africa and Asia, urban settings to rural sites. 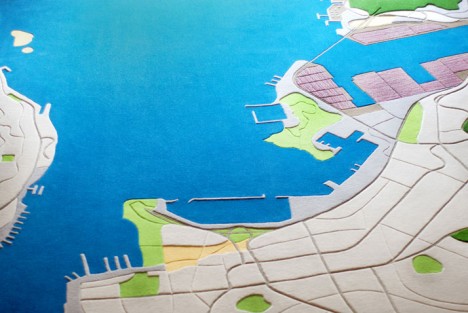 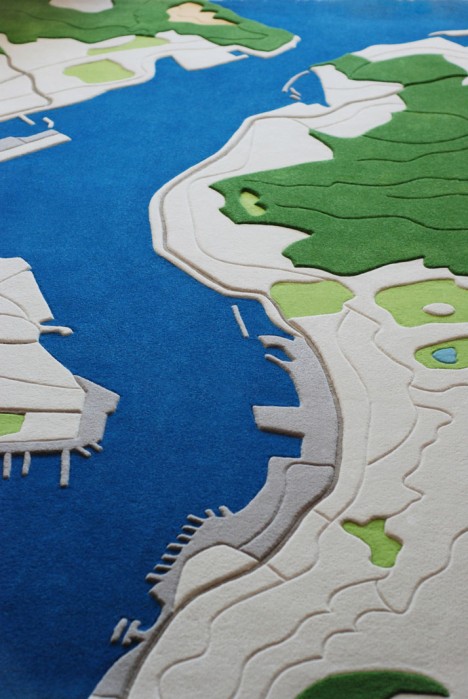 There is a rich variety from one to the next, showcasing an array of lines, curves, organic land forms, urban topographies, and other natural and man-made patterns and features. 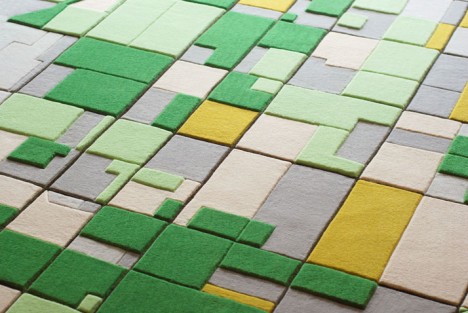 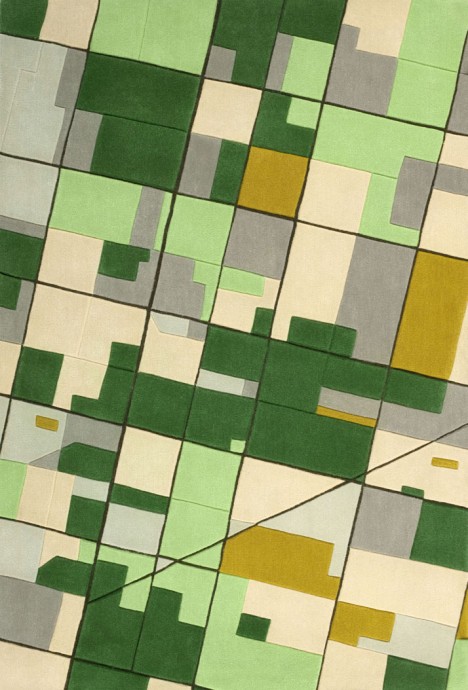 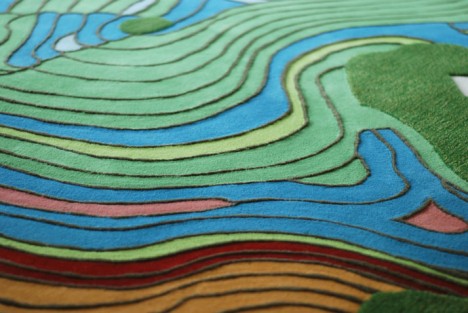 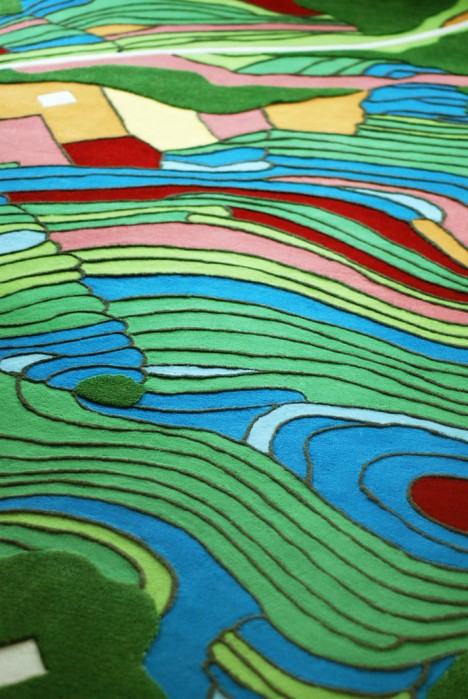 The source images range from aerial photographs and satellite images to maps and other views from above. His work as an architect exposes Pucher to all kinds of site maps, master plans and other inspirational materials.