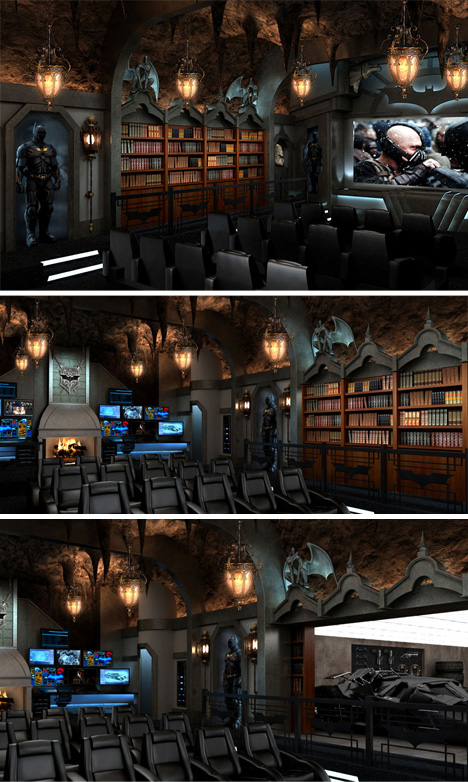 Elite Home Theater Seating pulled out the stops again, with this private Batman themed batcave theater. Besides the ceiling that looks like a true cave, the coolest touch has to be the sliding bookshelves that reveal the newest version of the batmobile. Command screens in the back of the home theater are the perfect tools for Alfred to monitor Batman and act as support. 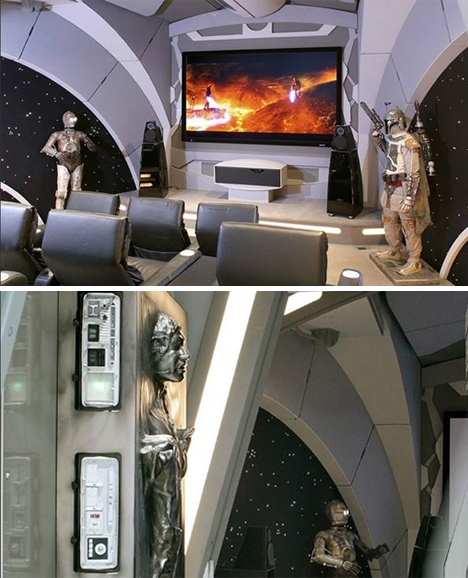 Modern Home Theater shares the details of this Star Wars themed home theater designed to look like the command deck of the Death Star from the films. The theater is owned by a couple living outside of Seattle, who included three rows of seating to ensure that everyone can join in their movie marathons. 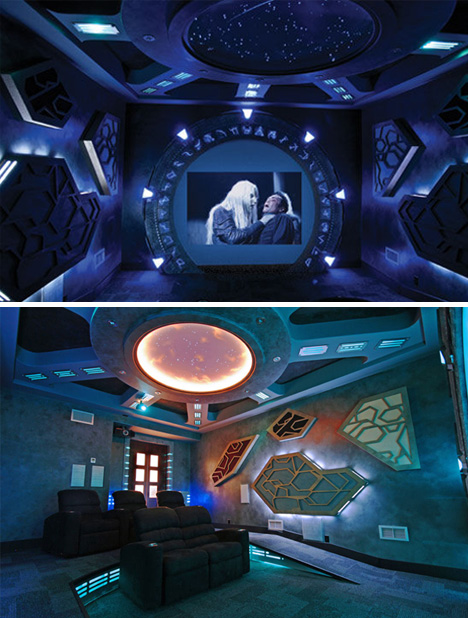 Fans of the science fiction television series Stargate Atlantis will immediately recognize the design choices in this home theater. Electronic House outlines the details of this $70,000 home theater. Creating the intricate lighting alone must have been a complex endeavor, not to mention the detailed design work and the incredible circular screen that accurately depicts the Stargate.