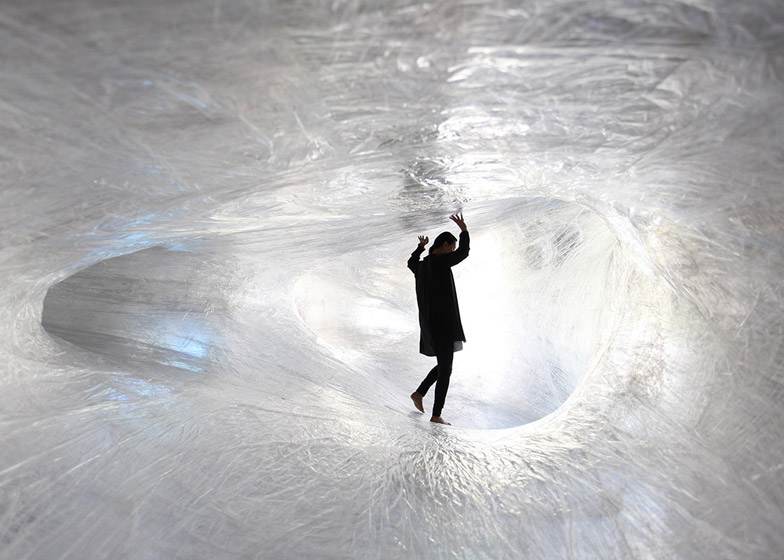 Stretching from one end of the Palais de Tokyo gallery in Paris to the other, these strange translucent tunnels look like human-sized versions of the funnel-shaped webs of grass spiders. Instead of helplessly trapped insects, you’ll find people crawling around inside, their weight supported by nothing more than layer after layer of sticky tape and plastic. 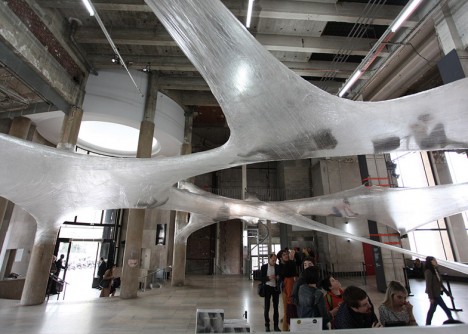 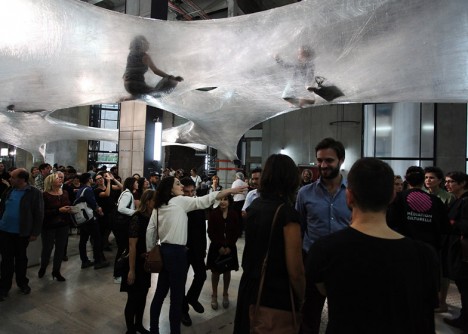 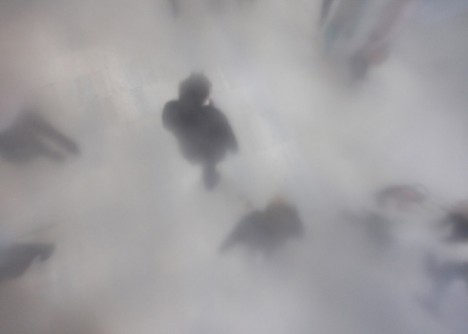 Tape Paris is the latest interactive art installation by Croatian-Austrian design collective Numen/For Use, described as a “stretched biomorphic skin” suspended halfway between the floor and ceiling of the gallery’s main hall. The designers see it as a “site specific, parasitical structure invading an arbitrary location.” 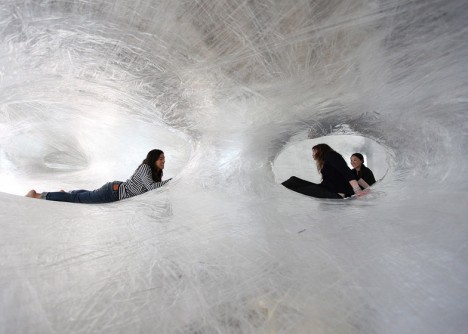 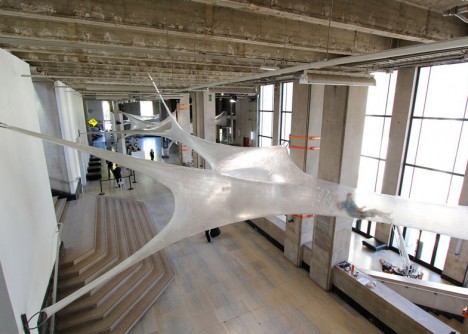 Visitors are invited to climb inside, navigating tunnels that vary in height to enable standing at some points but require crawling at others. Those inside can gaze down at the hazy shapes of onlookers below. The basis of the installation is criss-crossed Scotch tape which is reinforced on the outside with an elastic plastic sheeting. 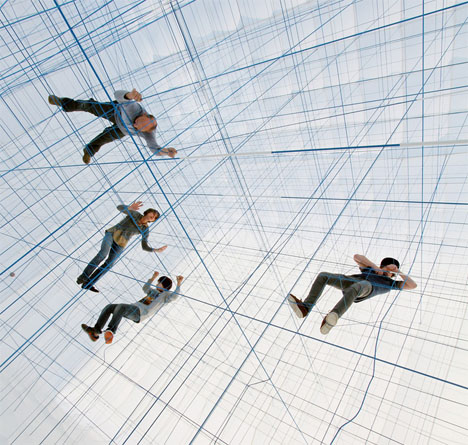 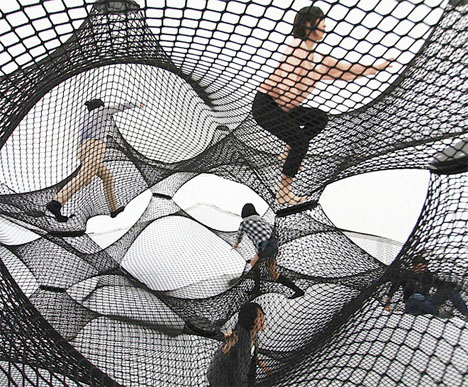 In addition to other tape structures, Numen/For Use is known for inhabitable string and net installations including a gridded ‘social sculpture’ modeled after dadaist collages and suspended nets inside a massive inflatable bubble forming a sort of adult-sized bounce house.