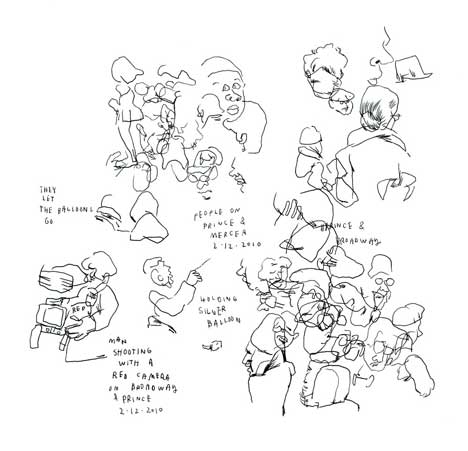 As of 2008, New York City was estimated to have a population of around 8.3 million people. It happens to be the most populous city in the entire United States. So just how long would it take to draw a picture of every single person in New York? Artist Jason Polan is on a mission to find out by creating two-minute sketches of every last person in the city. 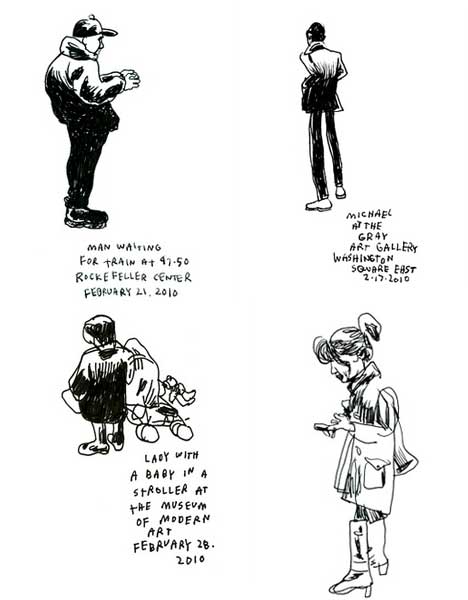 Everywhere he goes, the people around Jason Polan are subject to being sketched. From the train to the museum to a fast food joint over lunch, he’s observing and recording the masses of humans all around him. And if you live in New York, the chances are good that he’s already sketched you – or will at some point. He posts his sketches on his blog, Every Person in New York, whenever he has a fresh batch to share. 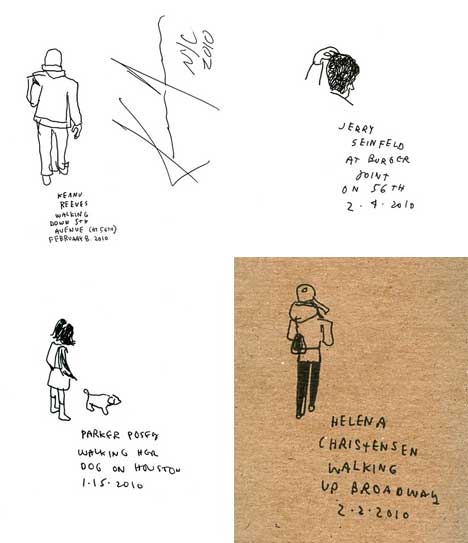 He’s caught celebrities walking around, but most of Polan’s sketches depict random, ordinary people going about their random, ordinary business. There are mothers changing diapers in the middle of restaurants, kids playing, pedestrians window shopping, and lots of people hustling through train stations. Some of his subjects are aware of his presence (particularly those he knows personally) but most are oblivious, simply going about their normal daily activities. 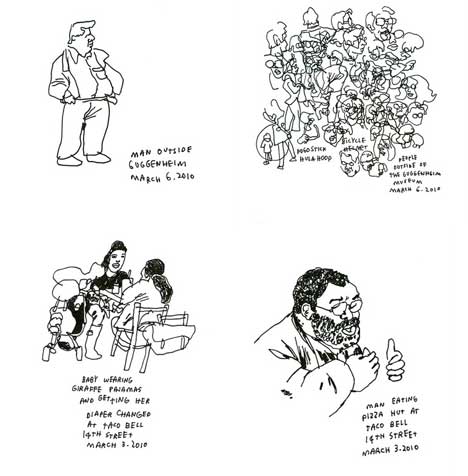 One of the most lovely aspects of Polan’s sketches is the feeling of movement they embody. Even with a stationary subject, the simple lines and lack of color denote a shortness of time on the artist’s part. Some sketches are more detailed than others, suggesting that Polan had more than a few minutes to watch the subject. And some are little more than squiggles, just a few lines here and there to imply a face or a body walking by. 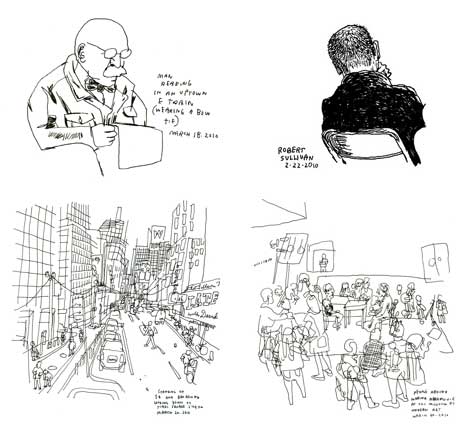 The artist prefers to stay quiet about his activities, not calling attention to himself when he’s sketching a subject. But he may, if invited, swing by a pre-determined place for a period of two minutes to do a sketch on request. He makes no promises that he’ll be able to meet every request for a sketch…but if you email him the details of your whereabouts and he happens to slink by at the appropriate time, there’s a good chance that your face will be the next posted on Every Person in New York.